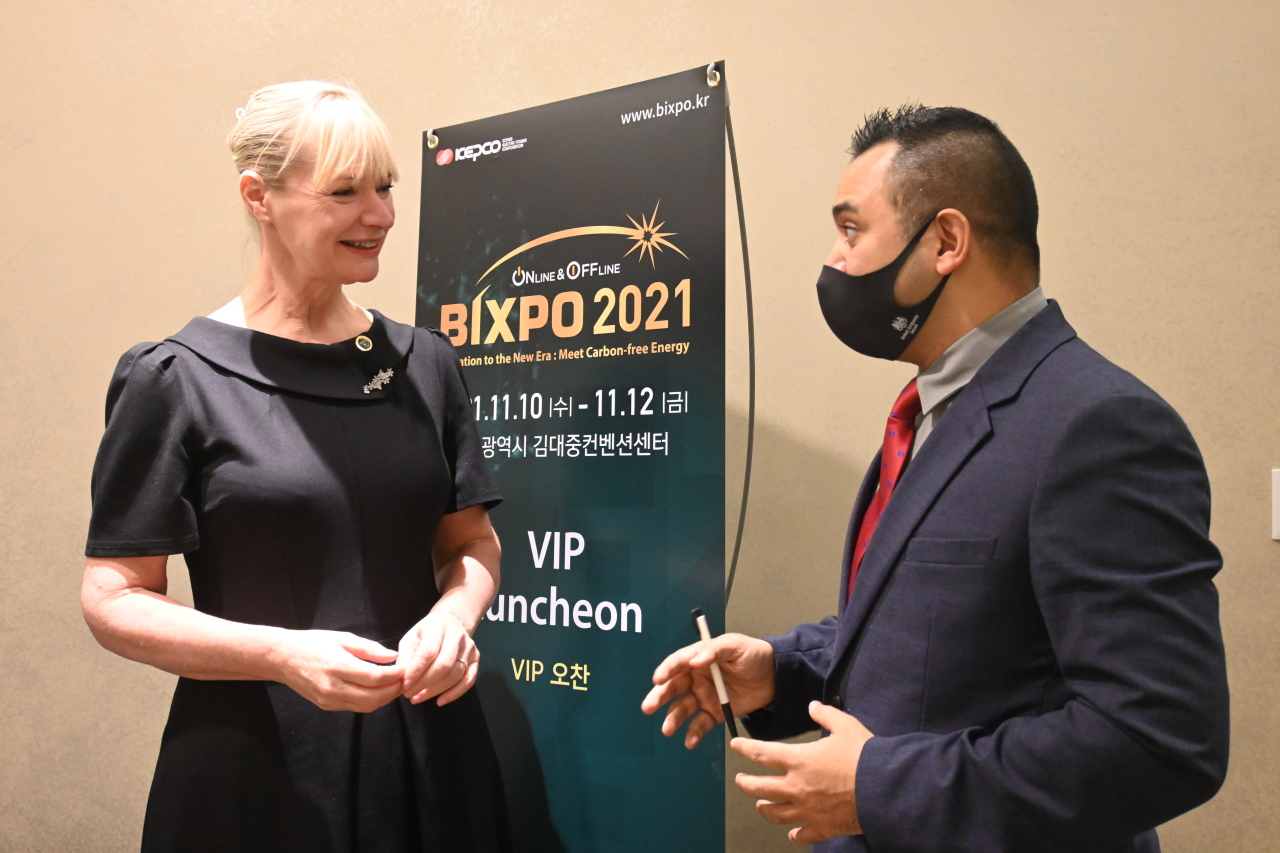 Speaking on the sidelines of the 2021 BIXPO energy forum hosted by Korea Electric Power Corp. in Gwangju, Wilkinson said the company’s “Zero for Green” carbon neutrality plan was a symbolic move.

“Making public commitments together is a highly symbolic act, it’s a signaling mechanism that says not only is Kepco committed, but all these people are committed together, so they will hold each other to account,” she told The Korea Herald.

“I think that’s an excellent outcome to start with.”

At the opening ceremony of the expo last week, Kepco and its six power generation subsidiaries pledged to shut down all coal power generation by 2050. The seven firms altogether discharged 269.6 million metric tons of carbon in 2018, accounting for a whopping 37 percent of Korea’s total emissions.

Wilkinson said while governments and corporations play a massive role in leading the energy transition, more efforts need to be made to include individuals into the conversation.

“For energy transition, we need to involve more people in communities and think about these demand driven solutions and that’s the humanizing energy,” she said.

Pointing to the COP26 climate summit held in Glasgow, Scotland, Wilkinson said the discourse was mostly centered on public-private partnerships. 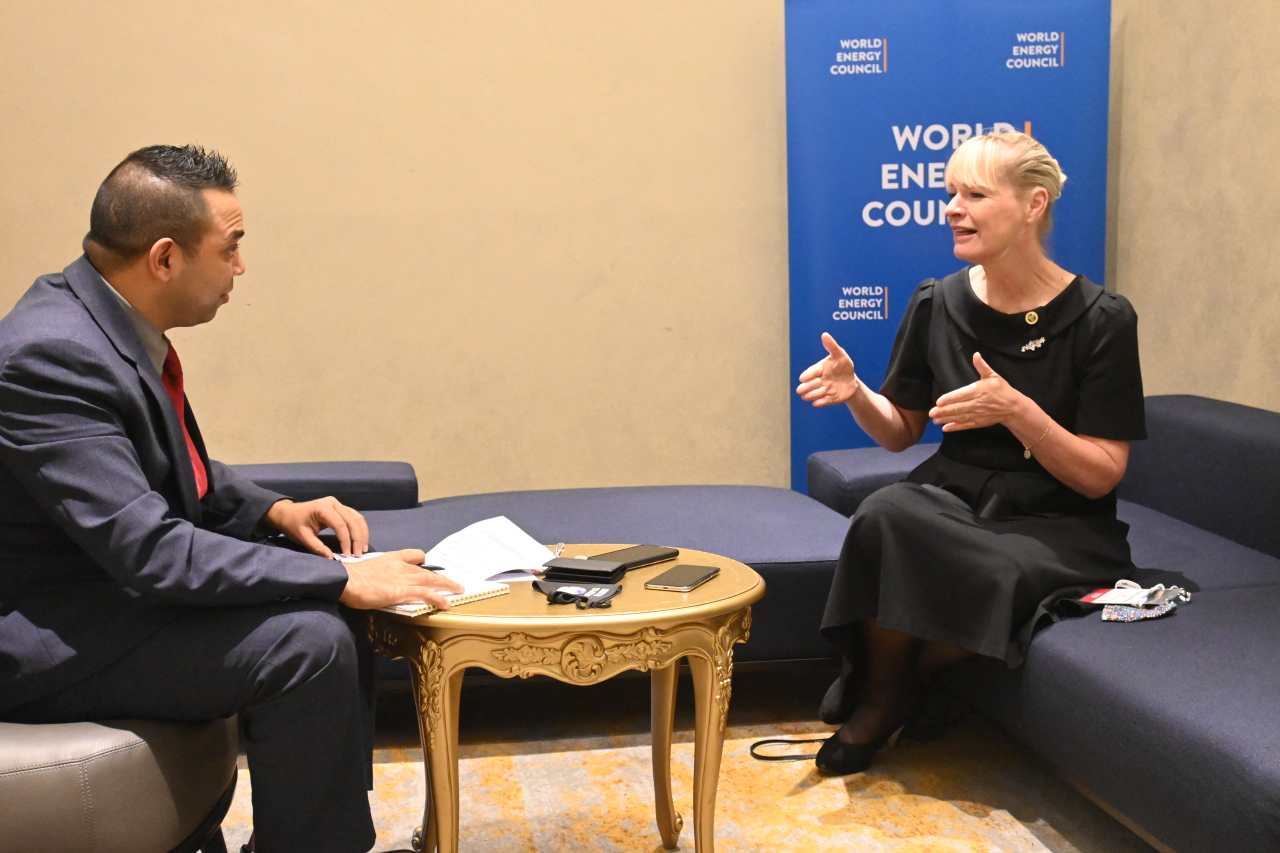 Wilkinson said the World Energy Council’s humanizing energy agenda is to mobilize the middle classes, the SMEs, the bottom third of society, and midsize cities.

Wilkinson stressed how vital community engagement is in energy projects.

“We don’t want to think about the future, we want to make it. I love when people talk about ‘we.’ I always ask them, ‘Who is ‘we?‘ Which ‘we’ are you talking about?’” she said.

She pointed to cases in Europe and North America where electricity grids were built by community cooperatives, not by governments or big businesses.

“People don‘t just want supply of energy, they want control over who owns it, that’s the community, community ownership of their energy systems is becoming demanded in everywhere, from Australia through India, Latin America. It’s not an East-West thing. It‘s a human thing,“ she said.

On reaching net-zero emissions, Wilkinson said more effective collaboration within countries, across sectors and between regions are needed.

“We have a specific goal for this transition, and that’s to decarbonize the energy sector system faster than ever before, but transition is a process, not a destination,” she said.

She also voiced caution about scaling up renewables without cooperation with related fields. For example, photovoltaic solar energy projects need concrete, steel and silicon. Reliance only on green energy will delay the transition worldwide because mining material using only renewable energy would take a century, she warned.

“I’m absolutely convinced India and Africa will not wait a century to get energy,” she said.

She emphasized that climate neutrality is not about zero fossils, or zero nuclear power, but a balanced mix of fuels, power and heat that gives all of society benefits, not just the elite few somewhere in the world.