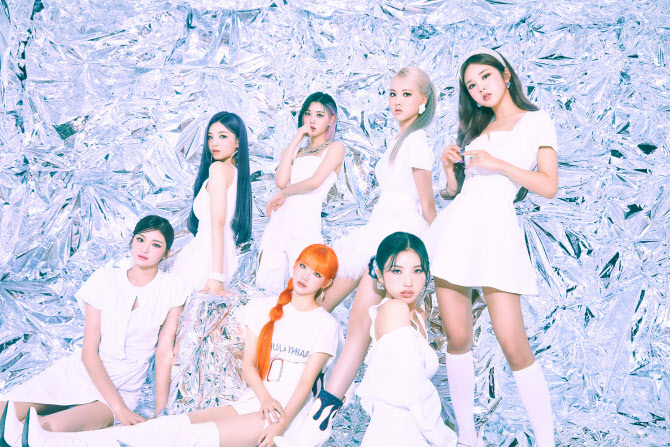 Girl group Tri.be (TR Entertainment and Mellow Entertainment)
In an industry where idol bands are still burgeoning, it’s a tough place for rookie groups to make it. But for Tri.be, they knew they had the potential to rise in the competitive landscape.

Being the label’s first quadrilingual band, the seven members -- Song-sun, Jin-ha, So-eun and Hyun-bin, who are Koreans, Kelly and Jia from Taiwan and Mire from Japan -- boldly marched into the music scene with their two-track package “Tri.be Da Loca.”

When asked about what advice the band got from the two producers, Mire said she was told to sing in a moody way on the track “-18.” “He told me to sing along to the song according to my style, and I think this helped out a lot because I didn’t get that much pressure,” she said.

“I sang four songs for this album, and he wanted four different singing styles, which I found hard. But he helped me out a lot when recording, which later on became a great output.”

This time, the group dropped their first EP, “Veni Vidi Vici,” on Oct. 12. Leading the album is “Would You Run,” a moombahton tune blended with tense brass riffs for an energetic tempo. In particular, the “fly higher” part gives a feeling of being in space.

“Apart from interweaving ourselves with a hard-hitting music and donning ourselves in powerful concepts, compared to our previous two albums, this time we were able to brim our album with five songs, whereas we were only able to list two songs before,” So-eun said in a recent interview with The Korea Herald. 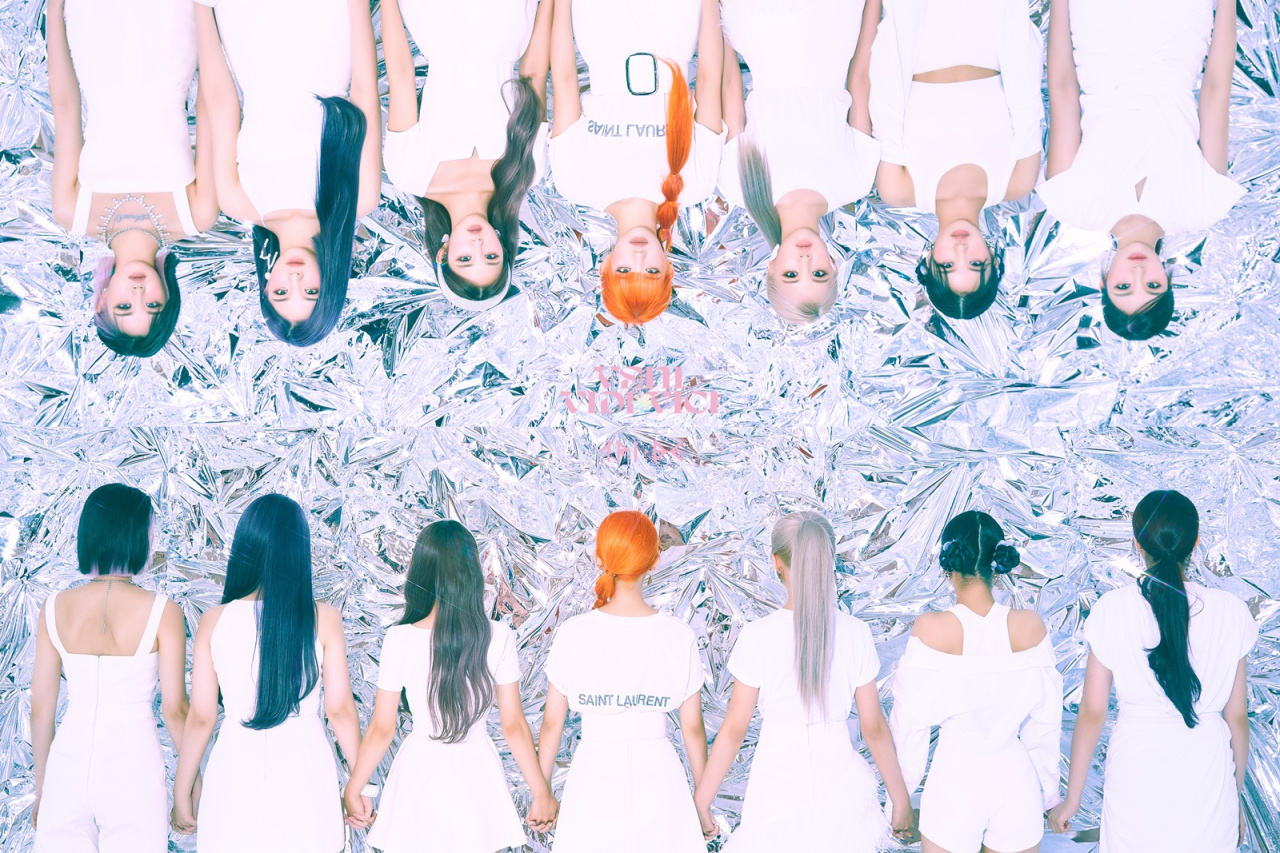 Girl group Tri.be (TR Entertainment and Mellow Entertainment)
She went on to say that one of the factors that made this album unique in its way was releasing a song based on two units -- a vocal team and a performance team. The vocalist said the two groups could touch on different aspects, saying the new challenge was a “leap of faith” for the group.

Speaking about the performance team, Hyun-bin said she spent a lot of time with So-eun and Mire. “It’s a song called ‘-18,’ and I struggled at first because I didn’t know how to dance along to the mood of the song, but I’ve realized that So-eun had the ability to do so,” she added.

Also, Song-sun talked about how she listed her name as both composer and lyricist for “Got Your Back,” which the vocal unit sang.

“As So-eun has mentioned, we divided into teams for our side tracks, and I was able to sing a self-composed song for the first time in my life. While coming up with the song, I thought about how I could draw out the traits and colors that each bandmate has, which led me to focus on the melody more,” she said.

She thanked her bandmates for completing the song with their voices, saying that “the different voices and vibes each person contributed to better, higher song quality.” The singer-songwriter added that practice made perfect as a result.

Although the septet is only nine months into their debut, the band’s road to debut was no walk in the park. In Korea, kids in elementary school, or even younger, embark on intensive dance and vocal training with the ambition to become the next K-pop sensation.

But unlike other bandmates, Song-sun spent nine years as a K-pop trainee, shuttling between entertainment companies, as it’s hard for idol hopefuls to survive big agencies’ wide trainee pools.

“I entered the real world at a young age, which gave me a better understanding of society. My experiences as a trainee eventually gave me the opportunity to learn from people who are older than me,” the leader said.

She continued to say that the way each company handles their trainees is different, and undergoing various training systems as a K-pop wannabe taught her to find the practice methods that match her style and what suits her best.

Song-sun, the only bandmate in her 20s, spent almost a decade as a trainee. But surprisingly, she said she doesn’t regret her time as an idol-wannabe. Reminiscing about her past, Song said it hurt when she couldn’t make her debut for years. But she thinks those processes and times of trouble over the years made her who she is today.

“You know the Korean pop music industry is very big. I see a very bright future in this industry, and I think idol groups can play a pivotal role, which is why we have to be versatile. As corny as it sounds, it’s a must to have a good personality, and apart from being able to sing and dance, idols must have the ability to speak different languages, write songs and even act,” she added.

For bandmates who crossed borders to pursue their careers as in K-pop, language was the biggest barrier of all.

“Our foreign bandmates couldn’t speak Korean at all when we first met them, so the Korean members had to help them out because they weren’t able to communicate with any of us. We actually tried to talk in English and even used a translator at times,” Jia said.

But now, she said speaking and communicating in Korea is not that big of a hassle for her because other non-Korean members are becoming more fluent.

Kelly chimed in and said she feels more comfortable speaking in Korean with Jia than Chinese.

Mire also recalled when she first set foot in Korea. She said she struggled with Korean pronunciation at first, and wasn’t able to undergo song evaluations.

“But I studied the language from that point on, and other bandmates helped me muddle through difficult situations. For example, they would help me find the word I was looking for, which is not a problem anymore. There are times when I’m unable to think of an adequate word, but it is not as bad as it used to be when I was a trainee,” she added.

Tri.be is only in their ninth month as a group, but they are enjoying the musical journey more than ever, exciting fans about what they’ll do for their next album.

Song-sun said she had fun while making a song for the band’s album, hinting that she works on different pieces in the practice room. She continued to say that she hopes to see all the bandmates sing one of her songs for the band’s next album.

“I want to come up with a song that can convene everyone, maybe a hip-hop, R&B-based tune that music listeners can hear anytime, anywhere,” she added.