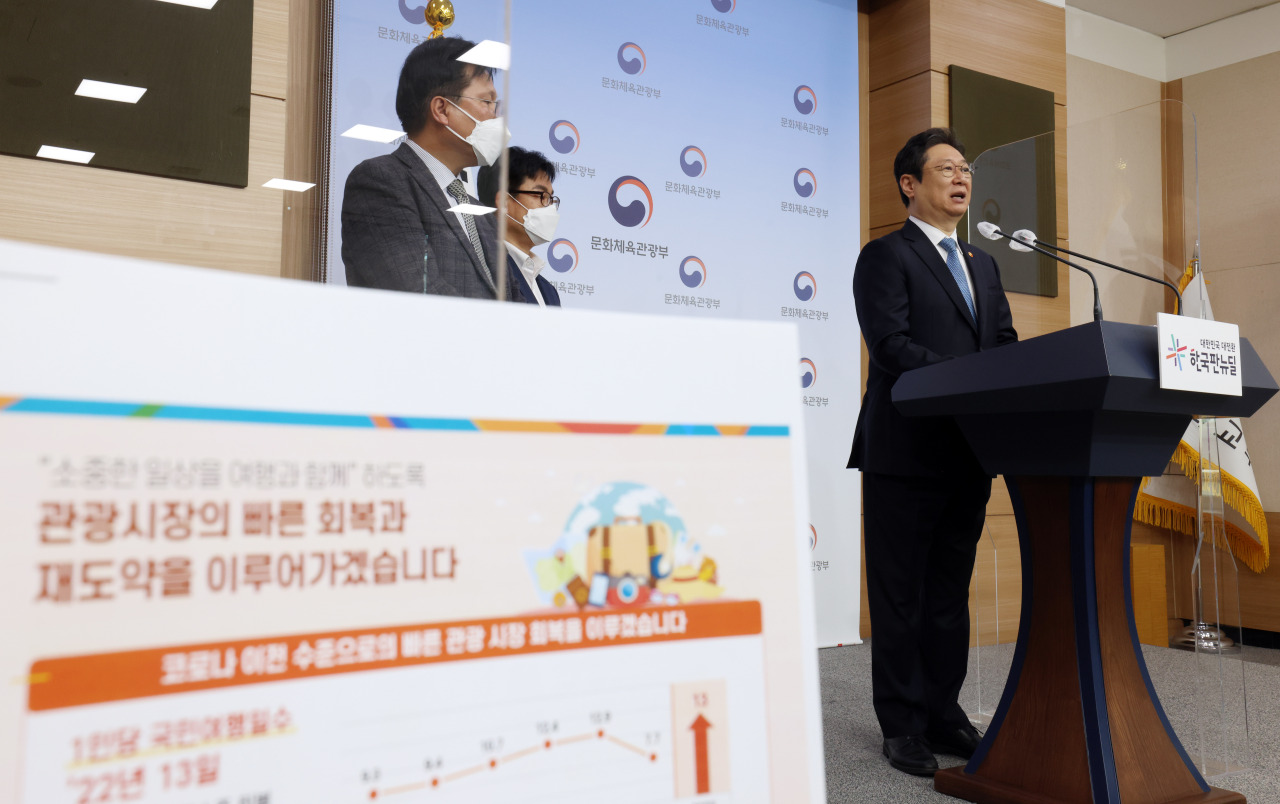 Culture Minister Hwang Hee (Yonhap)
Gradually pivoting to a return to normal from the pandemic, the Korean government has mapped out efforts to attract foreign travelers and boost domestic tourism.

The 6th National Tourism Strategy Meeting to discuss ways to attract tourists and revitalize the travel economy, chaired by the prime minister, was held Friday.

The government made plans to inject 649 billion won ($550 million) in tourism loan funds next year, which is a 55 billion-won increase from this year, to aid the industry for a swift recovery.

Culture Minister Hwang Hee emphasized achievements and importance in foreign marketing strategies, including promotional festivals based on Korean content, and announced the goal of attracting 25 million foreign tourists by 2025.

The ministry’s travel-related campaign of expositions, markets and festivals will be in full swing from next year to restore domestic demand. The government plans to affirmatively open gates for foreign visitors’ inbound travel, gradually expanding current mutual quarantine exemption schemes with neighboring countries, as well as restoring visa-free entry and resuming international flights.

To maintain the nation’s safe tourism policies, some 3,000 personnel will be supplemented to help with quarantine measures and enforce guidelines, while accommodation facilities will be provided with supplies needed to ensure the safety of their employees and visitors.

As for enhancing Korean tourism’s attractiveness, the 4,500-kilometer walking path “Korea Dulle-gil,” will be completed by next year. It links the southern regions of the peninsula, with the potential to create new regional tourism value.

The representative tourism content that already ensures popular demand, such as Hallyu, the DMZ peace ecological theme and medical and wellness travel will be further expanded. To keep up with new trends in travel, themes related to companion animals or night tours, for instance, will be developed alongside existing themes. 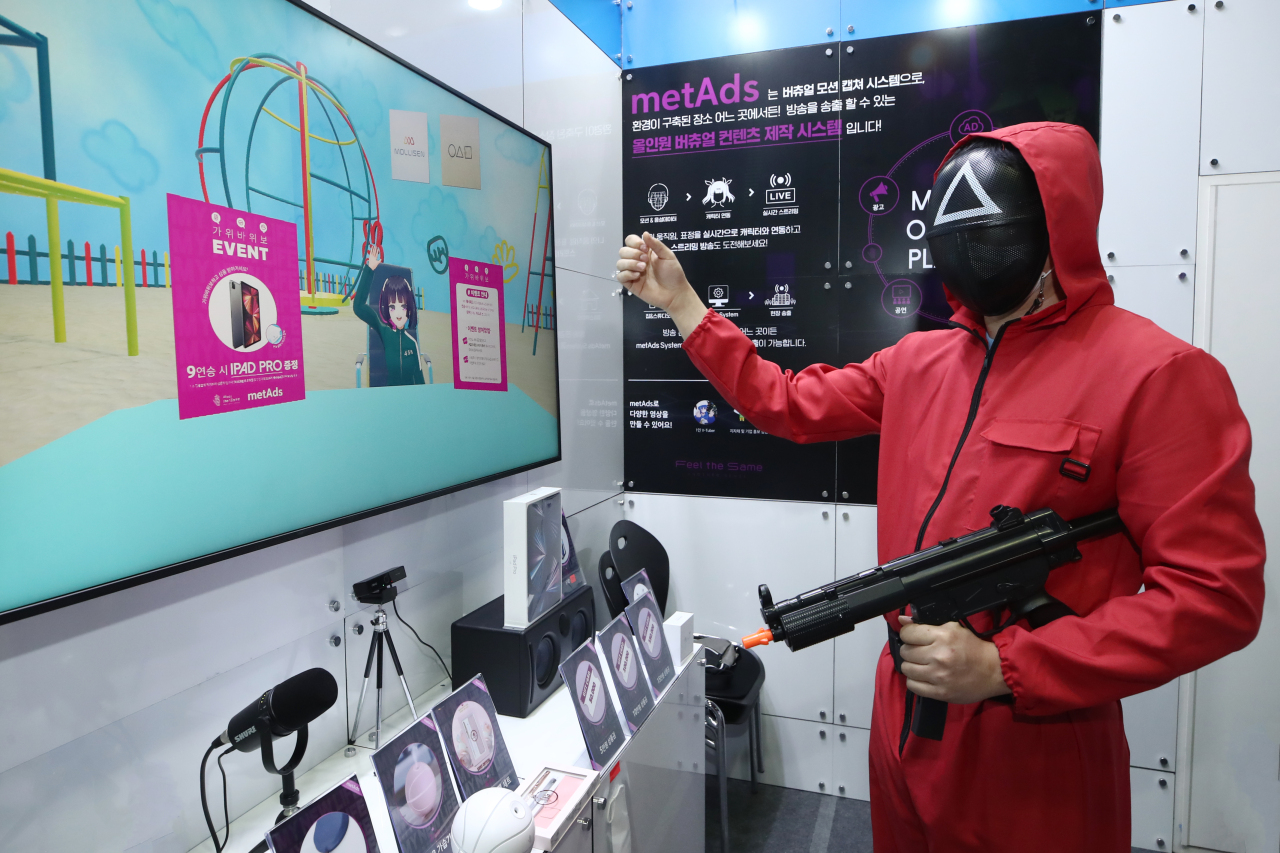 A staff in "Squid Game" costumes, tries out a metaverse platform game during Metaverse Korea 2021 held at COEX in southern Seoul, Oct. 27. (Yonhap)
The government also looks to K-pop festivals and concerts expanding in size and frequency, with the nation’s largest-scale K-pop stadium, CJ Live City Arena, planning to finish construction and be ready by 2024, located in Goyang, Gyeonggi Province.

As for problems that have been steadily pointed out regarding tourism service quality for foreign travelers, such as a lack of interpretation guidance, regular inspections to sites will be held to identify necessary improvements to be made.

A smart tourism ecosystem will be mapped out for the future tourism agenda, establishing the “Korea Tourism Universe” using metaverse platforms. In addition, smart shopping services utilizing information and communication technology will be supported.

The importance of sustainable travel was acknowledged during the meeting, with plans on establishing a greenhouse gas inventory starting next year, eventually creating the foundation for carbon-neutral tourism.

First established in December 2017, the National Tourism Strategy Meeting had been on hold for 17 months since May last year.

The meeting chaired by the prime minister brings together not only the Culture Ministry’s tourism sector and the publicly funded Korea Tourism Organization, but also related ministers from relevant divisions including transport, foreign affairs and law.