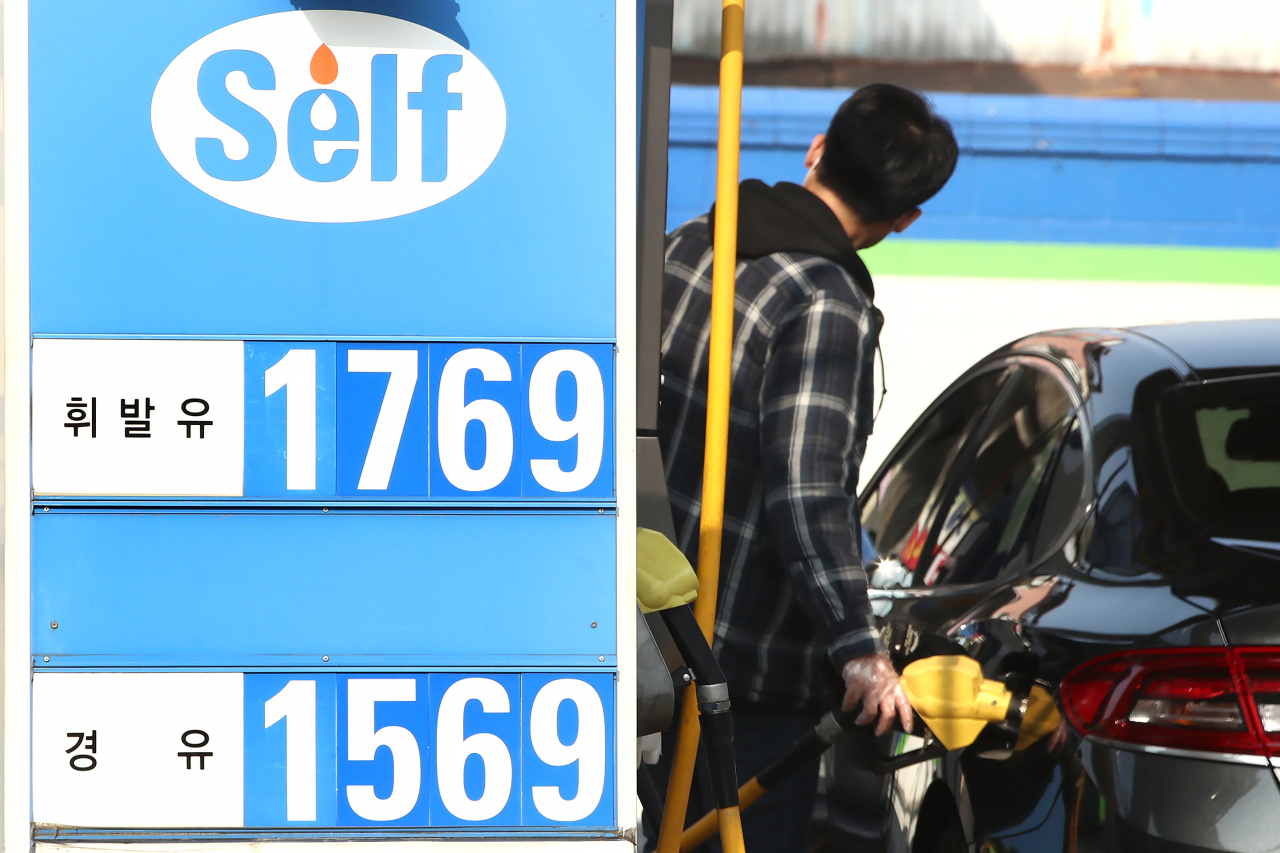 Government officials said the 20 percent reduction in taxes on gasoline, diesel and liquefied petroleum gas (LPG) will remain in place for six months until the end of April next year.

Industry watchers said it will likely take a couple of weeks for local gas stations to reflect the lowered taxes in their prices.

Local petrol stations are notorious for being quick in raising prices during an international oil cost hike and slow in bringing down prices when crude costs less.

In late October, the government and the ruling party agreed to cut fuel taxes as international oil prices soared to a near three-year high amid the global economic recovery from the pandemic.

Asia's fourth-largest economy depends on imports for almost all of its energy needs.

The average gas price surged to 1,810 won per liter Thursday, up 116 won from Oct. 13, according to data compiled by the state-run Korea National Oil Corp.

South Korea is faced with rising consumer inflation. Consumer prices rose 2.5 percent on-year in September due to high prices of farm and oil products, growing more than 2 percent for the sixth straight month.

The fuel tax cut is predicted to reduce the government's tax revenue by 2.5 trillion won ($2.1 billion) over the six months, while driving down the country's consumer inflation rate by 0.33 percentage point.

South Korea last cut fuel taxes by 15 percent in November 2018 for six months as oil prices exceeded $80 per barrel. The tax benefits ended in August 2019 after being extended for several rounds. (Yonhap)