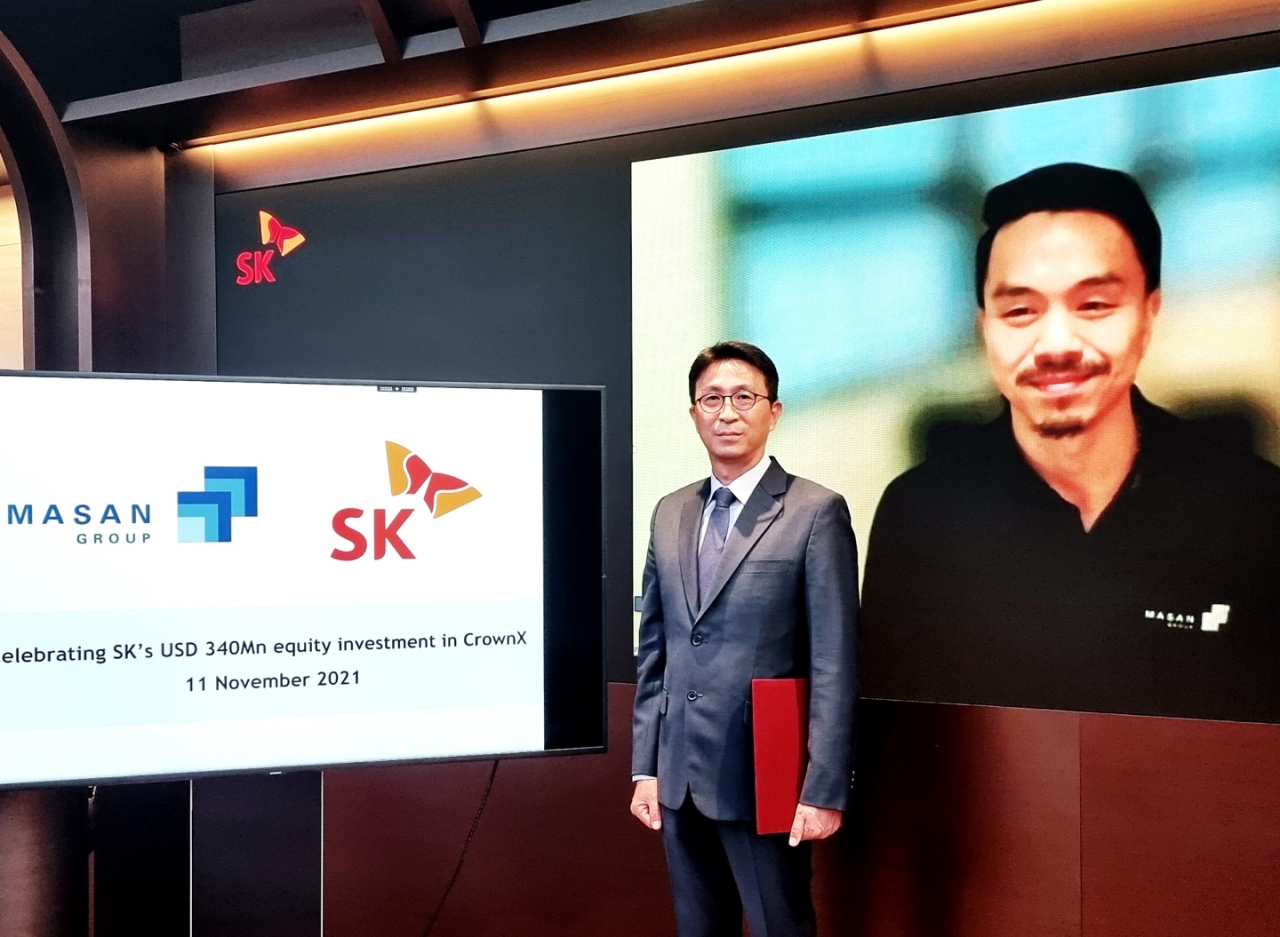 WinCommerce operates around 2,300 convenience stores and 120 supermarkets in the country, and accounts for some 50 percent of the local market. It recently entered the e-commerce front with Lazada, an online shopping mall operated by China’s Alibaba Group, the company said.

SK said it hopes the investment will strengthen its partnerships with the Vietnamese conglomerate in various sectors that are expected to grow further in the Southeast Asian country, such as retail, logistics and fintech.

“Masan Group is the most optimal partner to gain success in the Vietnamese market. We hope to make a ‘Big Reap’ in the growing retail industry in Vietnam,” said Park Won-cheol, the managing director of the group’s investment arm for Southeast Asia.

The online signing event was attended by Park Won-cheol, managing director at SK South East Asia Investment; Danny Lee, CEO of Masan Group; and other officials from the Vietnamese partner.