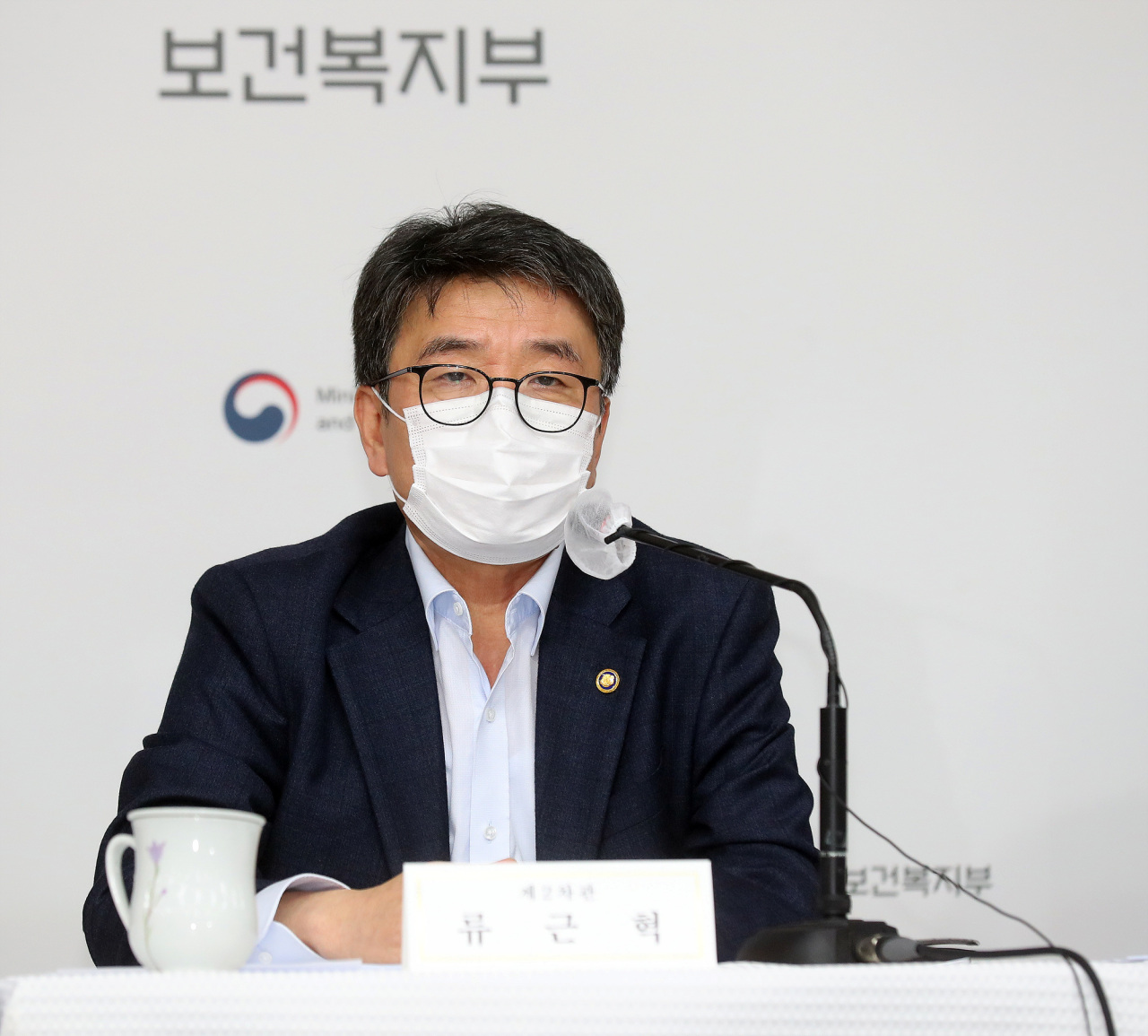 South Korea plans to bring oral antivirals against COVID-19 to the country “no later than February,” Vice Minister of Health and Welfare Yoo Geun-heag told reporters Tuesday, in addition to the 90 million doses of vaccines that will be purchased for the third year of the pandemic.

While refraining from calling oral antivirals a pandemic “game changer,” he said the government was working to make them available here possibly by January, a month earlier than previously proposed.

He said enough funds have been allocated from the budget to procure enough pills to treat up to 404,000 patients, including through advance purchase deals with Merck and Pfizer. Korea has already signed deals for enough Merck pills for 200,000 patients and enough Pfizer pills for 70,000 patients, he added. Merck’s became the first COVID-19 antiviral to be approved by the UK regulators last week.

“We don’t expect antivirals to solve COVID-19, but they will certainly help bring down severe outcomes from the disease,” he said.

He said the government has set aside 2.6 trillion won ($2.21 billion) to buy 90 million doses of vaccines next year, and possibly more, 10 million of which will be from local companies. SK Bioscience’s candidate entered a phase 3 clinical trial in August, becoming the first one made by a Korean drugmaker to reach the last research stage.

The 20 million doses of the Pfizer vaccine and all the rest of the imported vaccines will be mRNA-type vaccines, he said. But it was not yet certain if the newly purchased vaccines would be the kind that have been modified to defend against variants.

Combined with this year’s procurements that won’t be used, Korea will have approximately 170 million doses of vaccines in its stockpile next year. Extra doses that don’t get into the arms of Koreans may be used in swap arrangements with other countries, he said.

As for concerns about delayed shipments, which plagued the country’s rollout efforts earlier this year, he said he saw no chance of a repeat.

He explained that Moderna had apologized over shipping delays during a meeting with the government’s delegates in August at the company headquarters in the US. The delays “weren’t due to issues with communication” between the Korean government and the vaccine maker, but rather “due to manufacturing issues on the company’s part.”

By Monday’s end 76 percent of the Korean population had been fully vaccinated against COVID-19. The country’s vaccination efforts between now and December will focus on distributing booster doses to vulnerable groups as well as first doses to pregnant women and minors as young as 12.