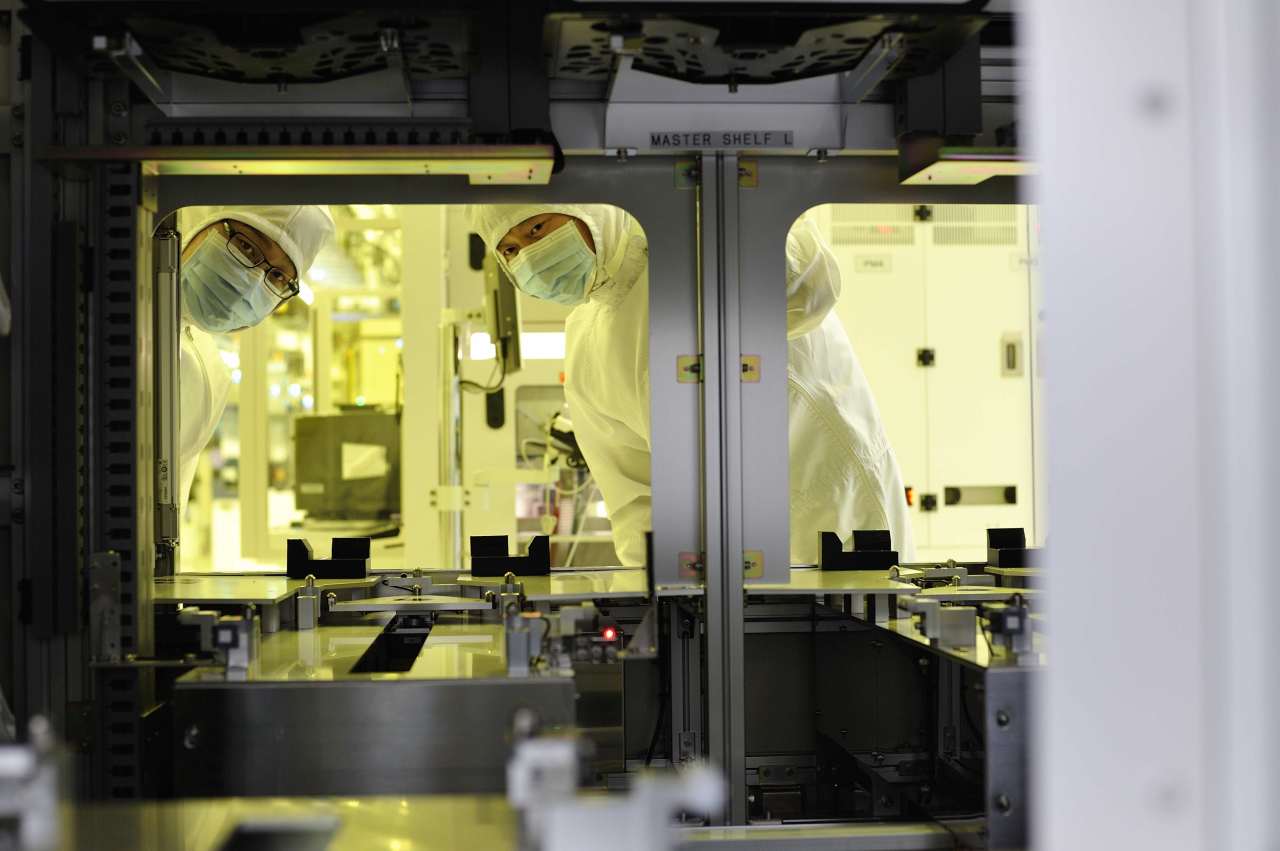 Engineers look into a chip manufacturing process at SK hynix's fab in Icheon, Gyeonggi Province. (SK hynix)
Samsung Electronics and SK hynix on Tuesday confirmed their submission of chip supply chain data to the US Commerce Department, but stressed no sensitive client data was included.

“(Samsung) submitted its response today, in accordance with the guideline of the Department of Commerce,” the world’s largest producer of memory chips said in a statement. “Due to contractual obligations and after consultation with the department, no information on customers was disclosed.

SK hynix, another major DRAM maker based in South Korea, also stressed that it “kept trust with customers.”

With that, the two Korean firms have joined Taiwan Semiconductor Manufacturing Co. and other major global semiconductor companies in complying with the US request for data sharing, a move that Washington officials explained was intended at sorting out a global shortage of chips.

The two South Korean chipmakers had mulled over what to include in the US-requested documents until a few hours before the deadline set for midnight Oct. 8, US time.

They were given 45 days to answer a total of 26 questions about the companies’ inventories, order volumes, sales and customers by product and were asked to cooperate voluntarily.

As of early Tuesday, a total of 67 chip suppliers around the world, including the world’s biggest foundry firm TSMC, submitted their business information to the US department.

After years of US sanctions on China’s Huawei, the Chinese government believes the US could utilize the data from the chipmakers to impose further impose restrictions on Chinese companies.

During his tree-day visit to the US, the minister plans to meet with US Commerce Secretary Gina Raimondo to discuss ways to strengthen economic partnership, including the supply chain issues.

“The two sides are planning to discuss pending trade issues, such as the cooperation in semiconductor supply chains and steel tariffs under the Section 232 rules,” the ministry said in a release.

By US time, the meetings were to take place right after the Nov. 8 deadline which the US had asked the chipmakers and automakers to share business information to help address the global semiconductor shortage.