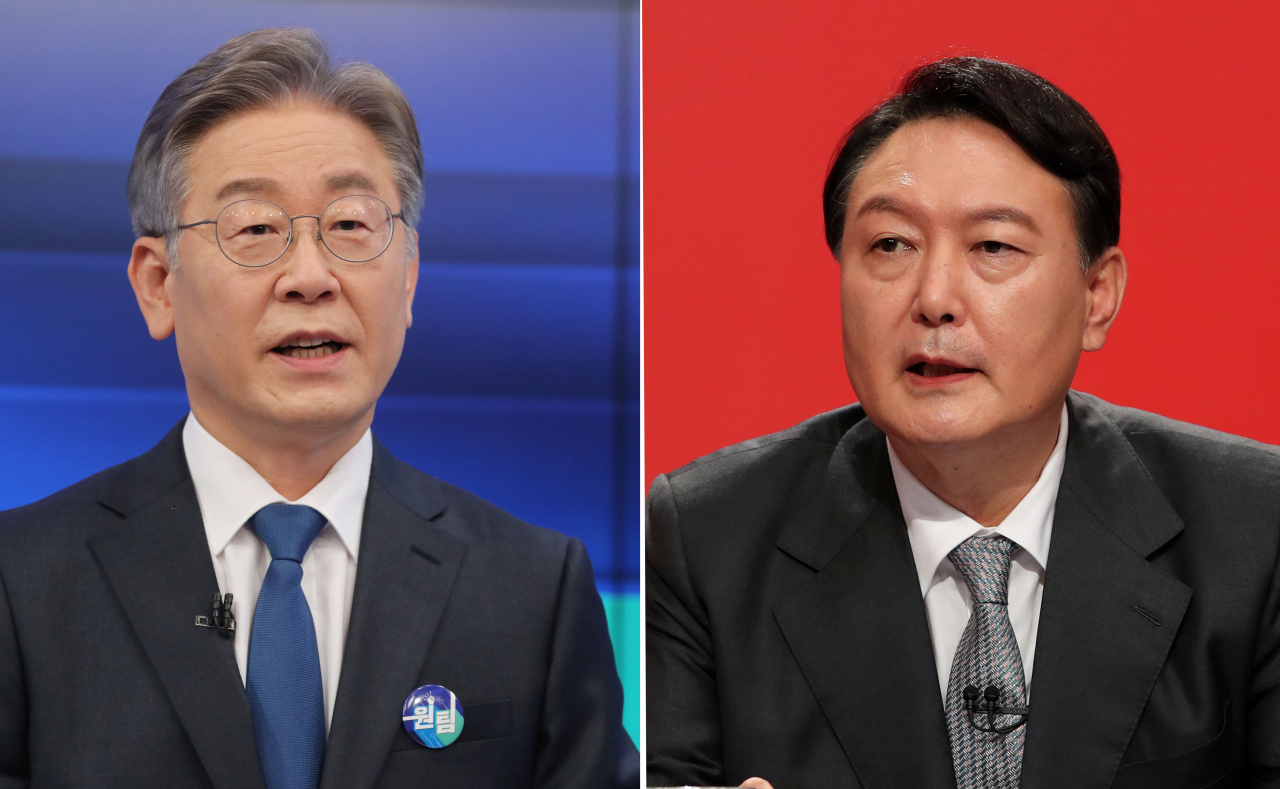 Yoon garnered 43 percent support against Lee's 31.2 percent in the survey conducted on 1,009 adults nationwide on Friday and Saturday, according to the Korea Society Opinion Institute (KSOI).

Lee Kang-yun, head of the KSOI, said Yoon's support rose on the back of the PPP national convention Friday where he was named the presidential nominee.

"As competition heated up toward the end of the primary, interest among the support base surged, which appears to have been temporarily reflected (in the survey results)," he said.

The survey had a margin of error of plus or minus 3.1 percentage points at a 95 percent confidence level.

The presidential election is scheduled for March 9. (Yonhap)