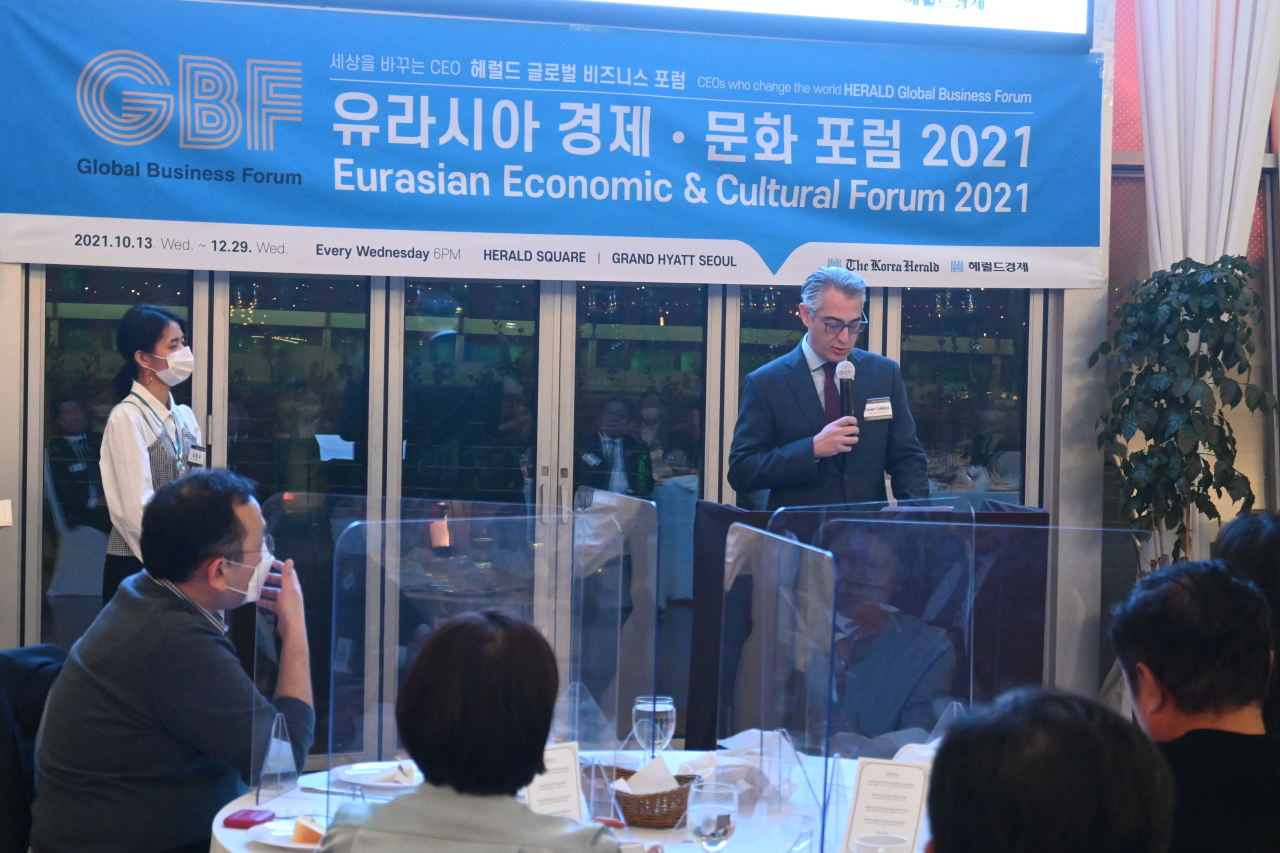 Delivering the opening remarks at the forum’s fourth weekly gathering, Celikkol highlighted advantages Turkey has to offer, including the country’s diversified economy, a youthful population with about 50 percent under the age of 31 and an entrepreneurial business ecosystem supported by reforms.

According to Celikkol, Turkey also offers skilled and cost-effective labor force, while the country’s geographical location offers access to regional markets, making it a prime attraction for forward-looking companies.

According to Celikkol, Turkey’s geostrategic location provides investors easy access to lucrative markets around Turkey, with a combined population of around 1.6 billion and gross domestic product of $25 trillion.

“Around half of global trade is taking place within a four-hour flight radius of Turkey,” Celikkol highlighted.

“Many global companies’ headquarters are located in Turkey,” said Celikkol, stressing that conditions are extremely favorable for Turkey and Korea to further enhance relations, increase and diversify investments in Turkey from Korea and achieve balanced development in bilateral trade.

Referring to the recent visit by Turkish Foreign Minister Mevlut Cavusoglu to Korea, Celikkol said that it could reenergize political ties, fine-tune the legal framework of commercial relations and establish new ways of working in order to boost economic ties.

According to Celikkol, Turkish-Korea friendship and solidarity dates back many centuries as neighbors transformed into a blood brotherhood following Turkey’s participation in the 1950-53 Korean War.

Celikkol noted that Turkey-Korea bilateral relations have developed since diplomatic relations were established 63 years ago, and now Korea is Turkey’s second-largest trade partner in the Asia-Pacific region, after China. 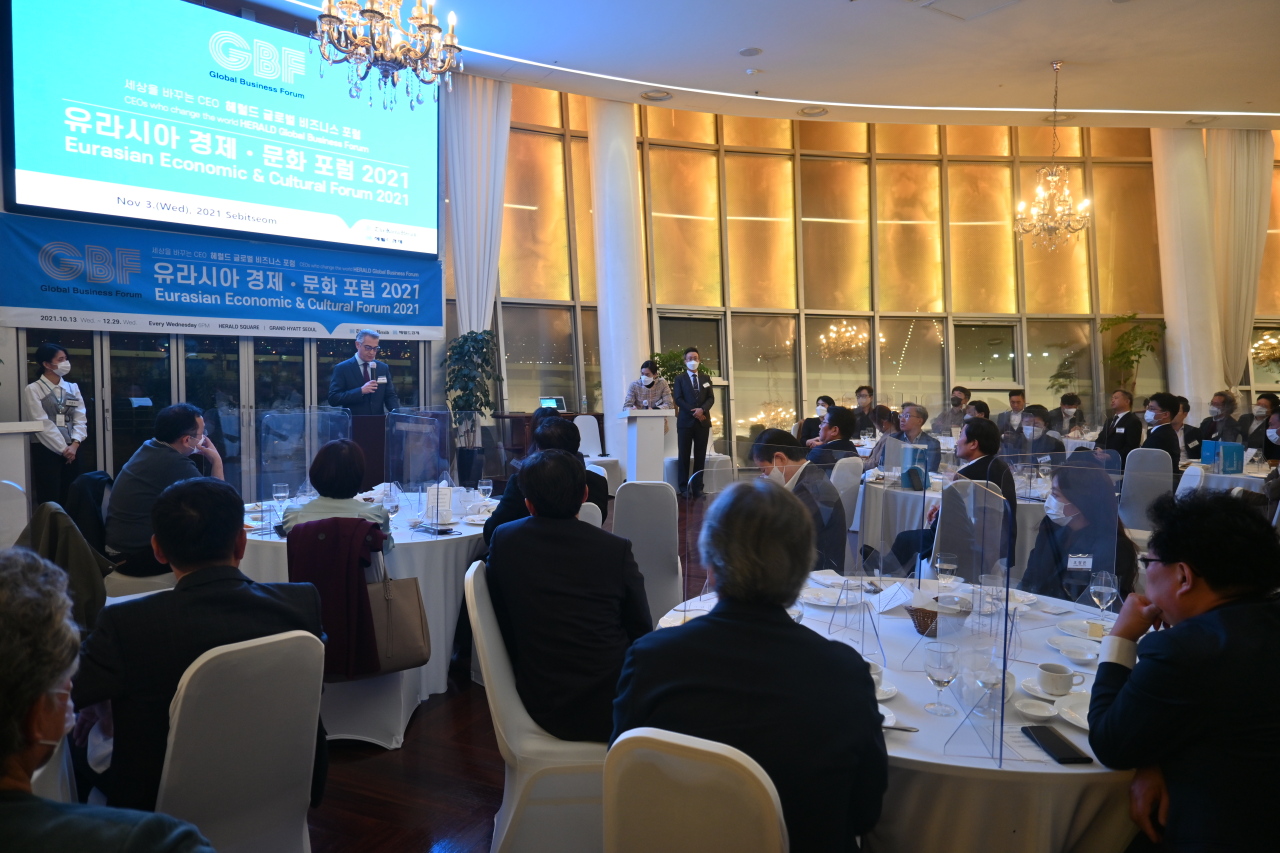 Eurasian Economic and Cultural Forum 2021
Discussing a myriad of problems Turkey is concurrently facing originating from its volatile location, neighboring countries and fight against terrorism, Celikkol highlighted that Turkey is trying to handle over 5 million Syrians and an increasing number of Afghan refugees.

Celikkol referred to concerns of sharp interest rates, currency fluctuations and related setbacks due to cyclical global developments amid unresolved problems from the 20th century and the emergence of a more complex world order. However, he points out that revival is to be expected, seeing the macroeconomic indicators gradually showing upward signs.

He invited Korean investors to the Turkish Embassy in Seoul to facilitate and follow up on initiatives aimed at increasing Korean investments in Turkey.