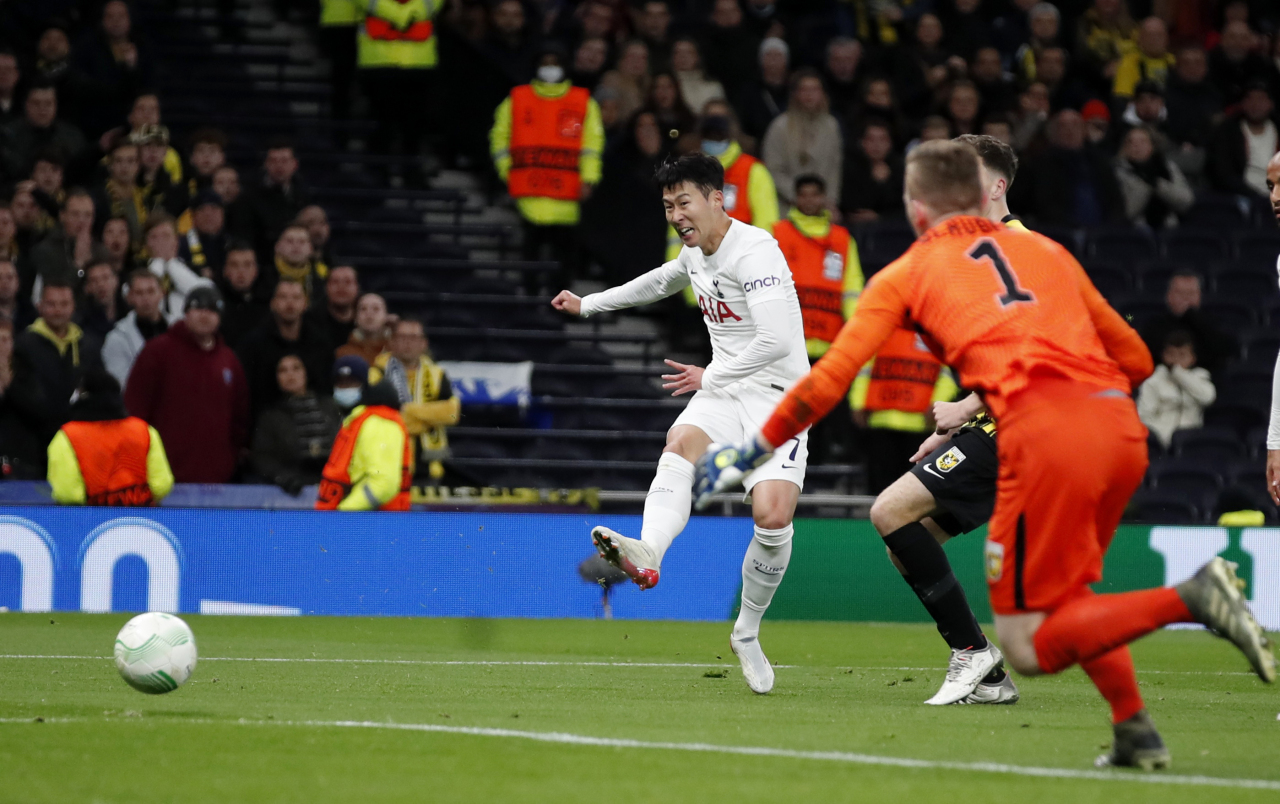 Son opened the scoring for Spurs in the 15th minute of their 3-2 victory over Vitesse in a Group G match of the UEFA Europa Conference League at Tottenham Hotspur Stadium in London on Thursday (local time).

This was Tottenham's first game since the arrival of their new Italian boss Antonio Conte on Tuesday. Conte, who won the Italian league title with Inter Milan in May, has replaced Nuno Espirito Santo, who was sacked after only 17 matches.

The victory took Tottenham into second place in the group with seven points, three back of Rennes with two matches left. Eight group winners will advance to the round of 16, while the runners-up will reach the knockout round playoffs.

On the scoring play, Son took advantage of a fortuitous bounce. Goalkeeper Markus Schubert made the initial save on a shot by Lucas Moura, but when he dove to punch the loose ball out of harm's way, it deflected off his own midfielder Riechedly Bazoer and bounced right to Son.

The South Korean international made no mistake with a low, right-footed shot that found the far corner.

The two sides traded four more goals in the first half, with Vitesse defender Jacob Rasmussen getting an own goal in the 28th minute.

Son now has five goals in 14 matches in all competitions this season.

In the Premier League, Tottenham are in ninth place on 15 points from five wins and five losses. They have only scored nine goals and have conceded 16.

They began the season with three consecutive victories before hitting the downslope that led to Santo's dismissal. (Yonhap)