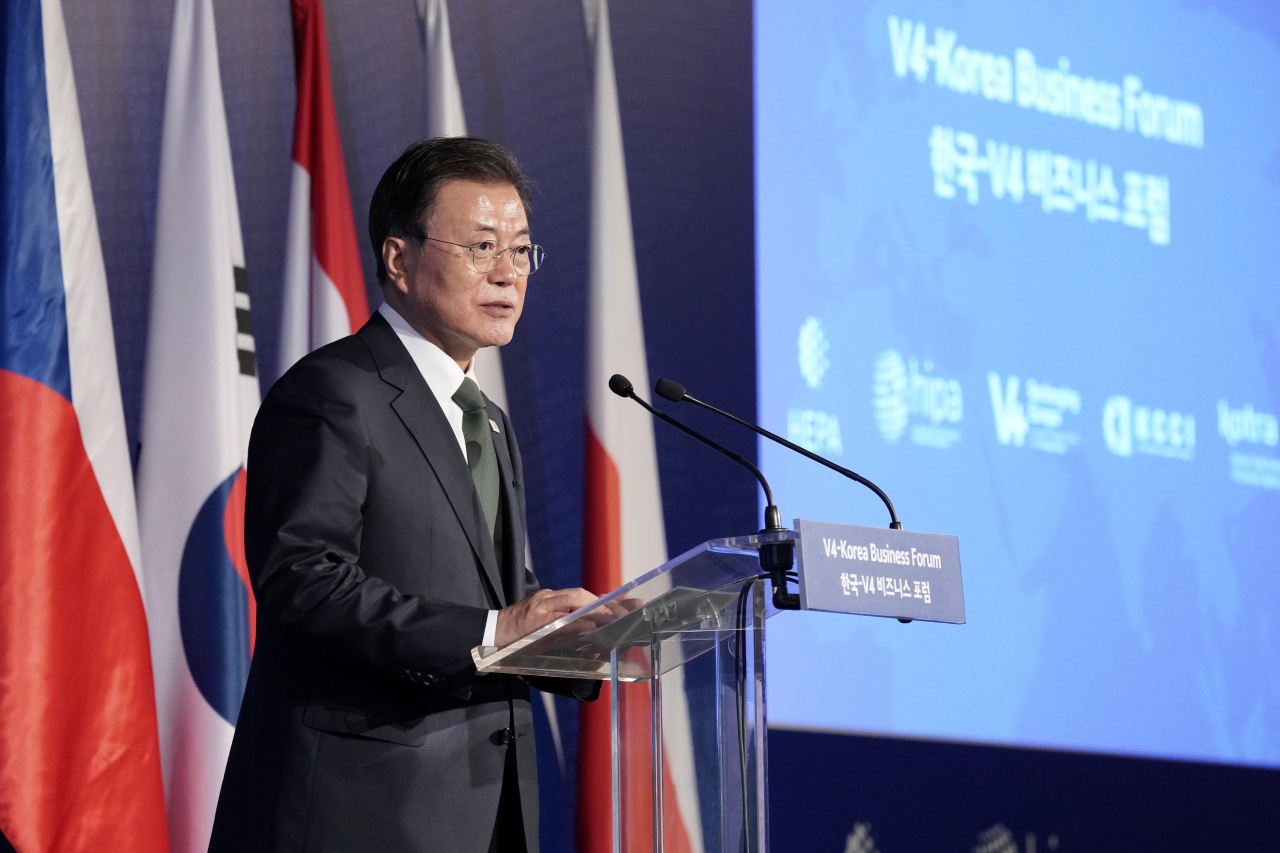 President Moon Jae-in gives a congratulatory speech during the V4-Korea Business Forum in Budapest, Hungary on Wednesday. (Yonhap)
The Ministry of Trade, Industry and Energy said on Thursday that the leaders of South Korea and Hungary and business leaders from South Korea and the Visegrad Group met to discuss cooperation in sectors such as EV batteries and biotechnology.

The Visegrad Group, also known as the V4 countries, include Czech Republic, Hungary, Poland and Slovakia.

The V4-Korea Business Forum was held in Budapest, Hungary on Wednesday where President Moon Jae-in is visiting on a state visit until Thursday.

During the forum, Moon called for an advanced cooperation system in electric vehicle batteries to contribute to carbon neutrality and gain ground in the global supply chain, the ministry said.

The forum was a “meaningful” opportunity and offered a direction in future cooperation with V4, which boasts great basic science technology and talent, one trade ministry official said.

According to the Ministry Of Foreign Affairs, South Korea’s trade with the Visegrad Group reached $16.8 billion in volume last year despite the pandemic. The group marks the second largest trading partner in the European Union after Germany and is the biggest exporting market within the bloc, accounting for some 28 percent of the country’s exports to the EU.

Seven memorandums of understanding were signed between South Korea and V4 countries. The Korea Trade Insurance Corporation and the Hungary Export-Import Bank have agreed to ramp up cooperation in financial support for joint projects in the fields of electric vehicles, secondary batteries and biotechnology.