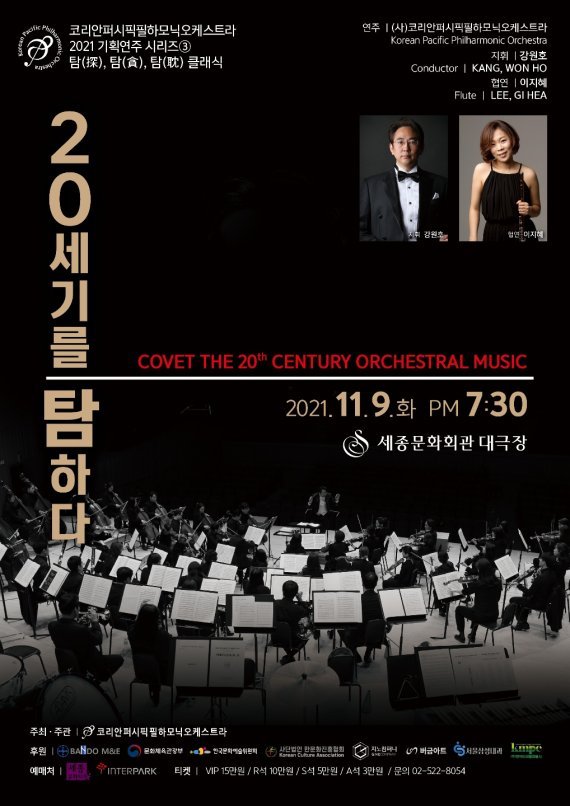 The concert, led under the baton of conductor Kang Won-ho, will present the overture from Verdi’s opera “La Forza del Destina” and Bartok’s Concerto for Orchestra, Sz. 116, BB 123.

The concert is aimed at introducing diverse new trends of 20th century orchestral music to local classical music aficionados who are more used to the Baroque or Romantic music works, the organizers said.

“We hope to satisfy the needs of the audience with 20th century classical music, which is not often played at orchestral performances,” Kang said.

Tuesday’s performance will be the last of the orchestra’s three-part concert series.

Previous concerts in April and June featured music from the Baroque and Romantic periods, respectively.