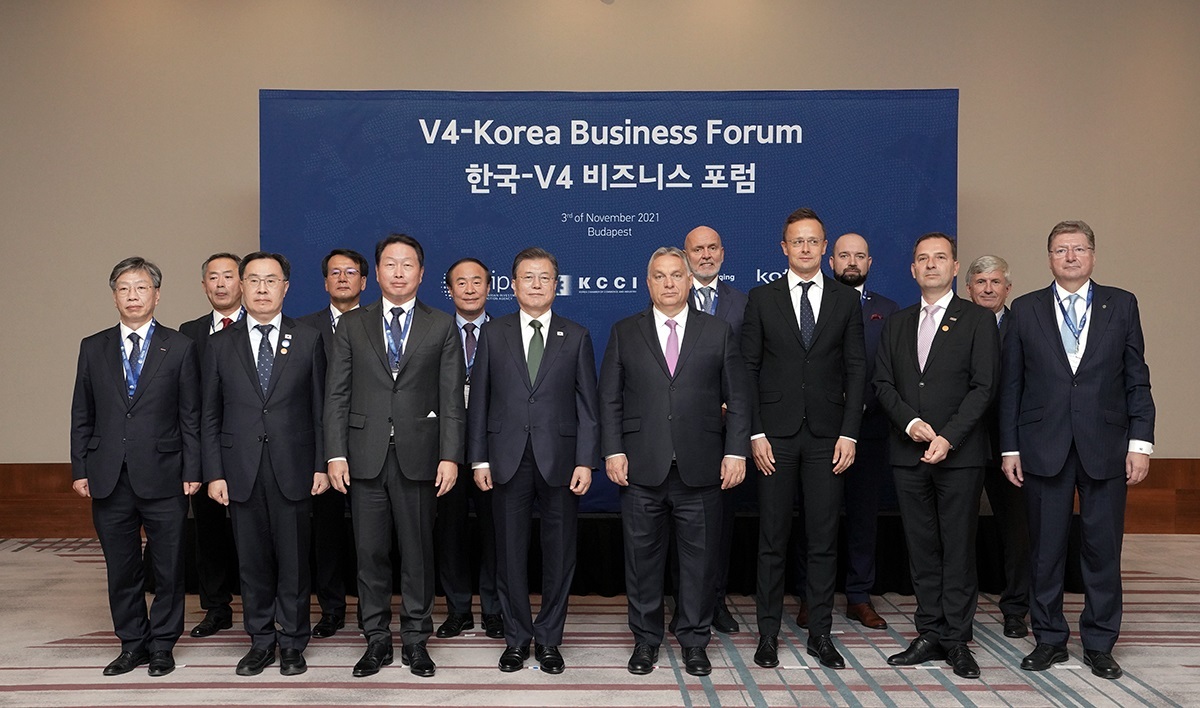 The forum was held on the sidelines of Moon’s state visit to Hungary and a series of summit meetings with the leaders of the four Central European nations during his stay.

“The Visegrad Group has become South Korea’s largest investment destination in the EU, where over 600 Korean firms are doing business and their accumulative investment has exceeded $10 billion,” the president said in a speech at the forum.

Moon pointed out batteries for eco-friendly electric vehicles as the most competitive area where the two parties could bolster cooperation, along with bio technology and infrastructure.

The Visegrad Group, established in 1991, is a regional alliance of the four nations and is a fast-growing economic region within the EU.

Largely buoyed by the soaring demands for EV batteries, trade volume between Korea and the region surged 13 percent to $16.7 billion last year.

Moon also referred to SK Innovation’s recent business expansion in Hungary as a symbolic example of a mutually-beneficial partnership between South Korea and the Visegrad Group.

This year, the Hungarian government decided to invest $100 million in SK Innovation’s second plant, which under construction in the city of Komarom and the battery maker also announced its plans to build a third Hungarian plant with an additional $1.1 billion of funding.

Chey Tae-won, head of SK Group and the Korean Chamber of Commerce and Industry, who accompanied the president on his state visit, also said that geographical advantages and talented human resources make the region an attract investment destination for Korean firms.

He added that EV batteries produced in the region could help reduce carbon emissions by 2,260 tons by 2030.

On Thursday, the president was scheduled to hold multilateral and bilateral meetings with the prime ministers of the four nations, wrapping up his nine-day European trip.

Last week, he attended the G-20 gathering in Rome and the COP26 UN climate summit in Glasgow, Scotland. Hungary was the final leg of the trip. He is scheduled to return home Friday.