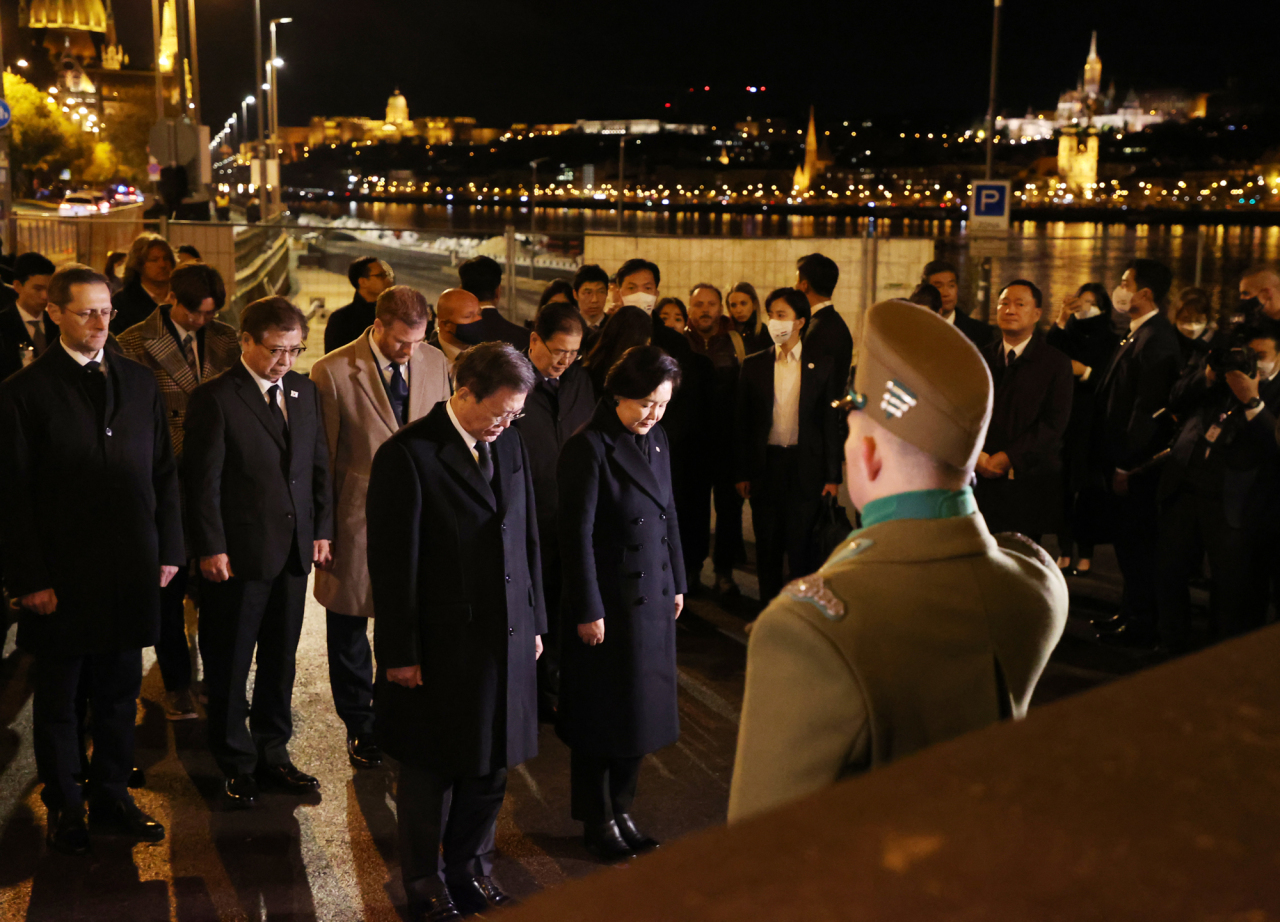 It will be the second gathering between South Korea and the four Eastern European countries.

On Thursday, the president will hold multilateral and bilateral meetings with the prime ministers of the Visegrad nations. On the sidelines of the meetings, a business forum, a first of its kind, also will be held to explore business opportunities for Korean firms in the dynamic economic region.

The Visegrad group is the second-largest market in Europe and many Korean firms, especially those in the fields of batteries and electric vehicles, are increasingly relocating their European production bases there due to geographical advantages.

In the meantime, upon arrival in the Hungarian capital on Tuesday, Moon went directly to a memorial site in the center of the city to pay tribute to the Korean and Hungarian people killed in a 2019 boat sinking on the Danube River.

The sightseeing ferry Halbeany carrying 33 Koreans and two Hungarian crew members collided with a cruise ship on May 29, 2019. The sinking left 25 Koreans and the two Hungarians dead and one Korean still remains missing.

Moon again thanked the Hungarian government for their rescue efforts two years ago. Early this year, Hungary erected a monument near the accident site in memory of the victims.

On Wednesday, Moon was scheduled to hold bilateral meetings with Hungarian President Jonos Ader and Prime Minister Viktor Orban. His visit is the second state visit to Hungary by a South Korean president. The previous one was made by former President Kim Dae-jung back in 2001.

Hungary is the final leg of Moon’s nine-day European trip after he traveled to Rome for the G-20 gathering and Glasgow, Scotland, for the COP26 climate summit. He is expected to return home Friday.