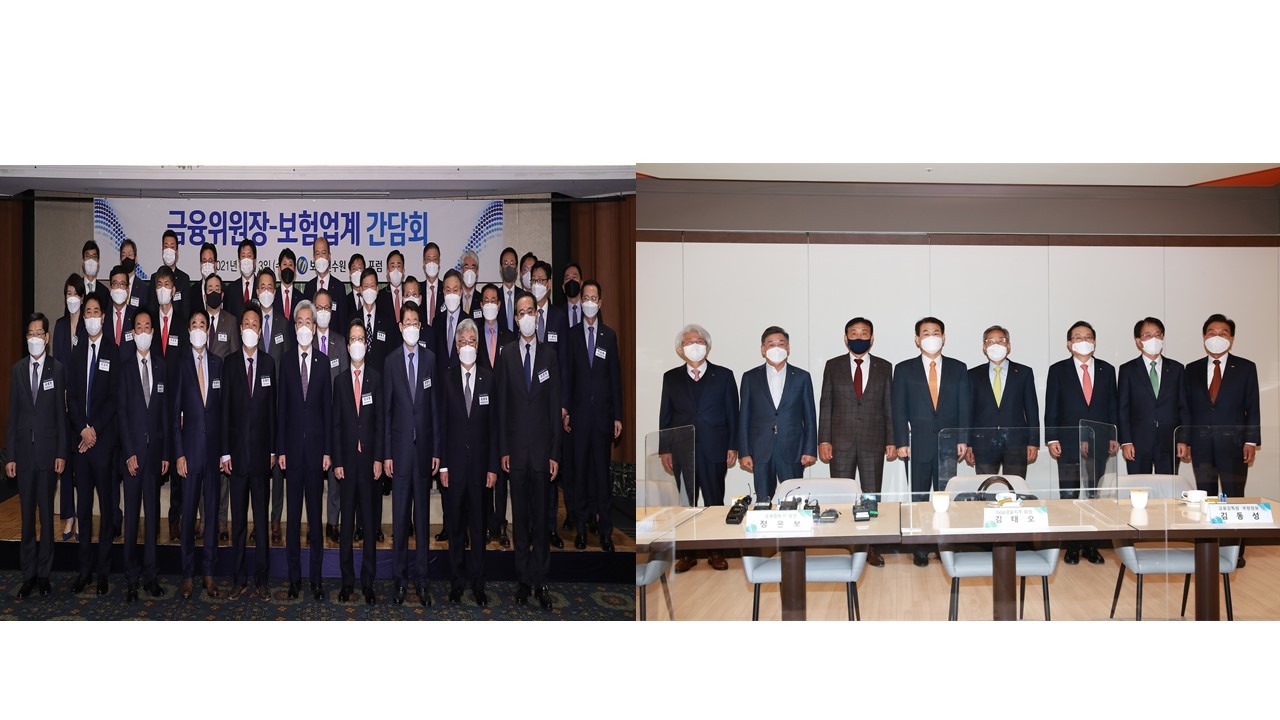 “The rapid digital transformation of finance and the growth of online platform businesses are rapidly changing the nation’s industrial landscape,” said FSC Chairman Koh Seung-beom during a meeting with the heads of the nation’s leading insurance firms, including Kyobo Life Insurance, Samsung Life Insurance, Hanwha Life Insurance and Shinhan Life Insurance. “(The FSC) will offer a regulatory waiver so that insurance companies can foray into new business areas.”

To boost the digital transformation of the insurance sector, the FSC will encourage the insurers to join the so-called “open banking system” launched by the government in December 2019, which enables bank customers to use the services of different banks via a single smartphone application.

Currently, the exchange of customer information within a financial group is not allowed under the nation’s Banking Act, largely due to a massive data leak in 2014 when some 100 million clients of three card issuers -- KB Kookmin Card, NH NongHyup Card and Lotte Card -- had their personal data disclosed inadvertently. The data included bank account numbers, addresses and credit ratings.

Jeong also hinted at easing oversight standards for local financial institutions, saying, “The FSS’ current scheme regarding its inspection activities will be reorganized with a focus on proactive approaches rather than disciplinary actions.”

The watchdog reportedly canceled a comprehensive inspection of Woori Financial Group and Woori Bank, slated for Nov.15, which would have looked at governance, internal control systems, financial stability and risk management policies.

Considering his inauguration message in August, when he said “the duty of financial supervision lies in support, not regulation,” the new FSS head is likely to roll back the hard-line policy direction of former chief Yoon Suk-heun, who revived the FSS’ authority to conduct comprehensive inspections in 2018, according to industry sources. The FSS’ then-Gov. Zhin Woong-seob suspended that authority in 2014.