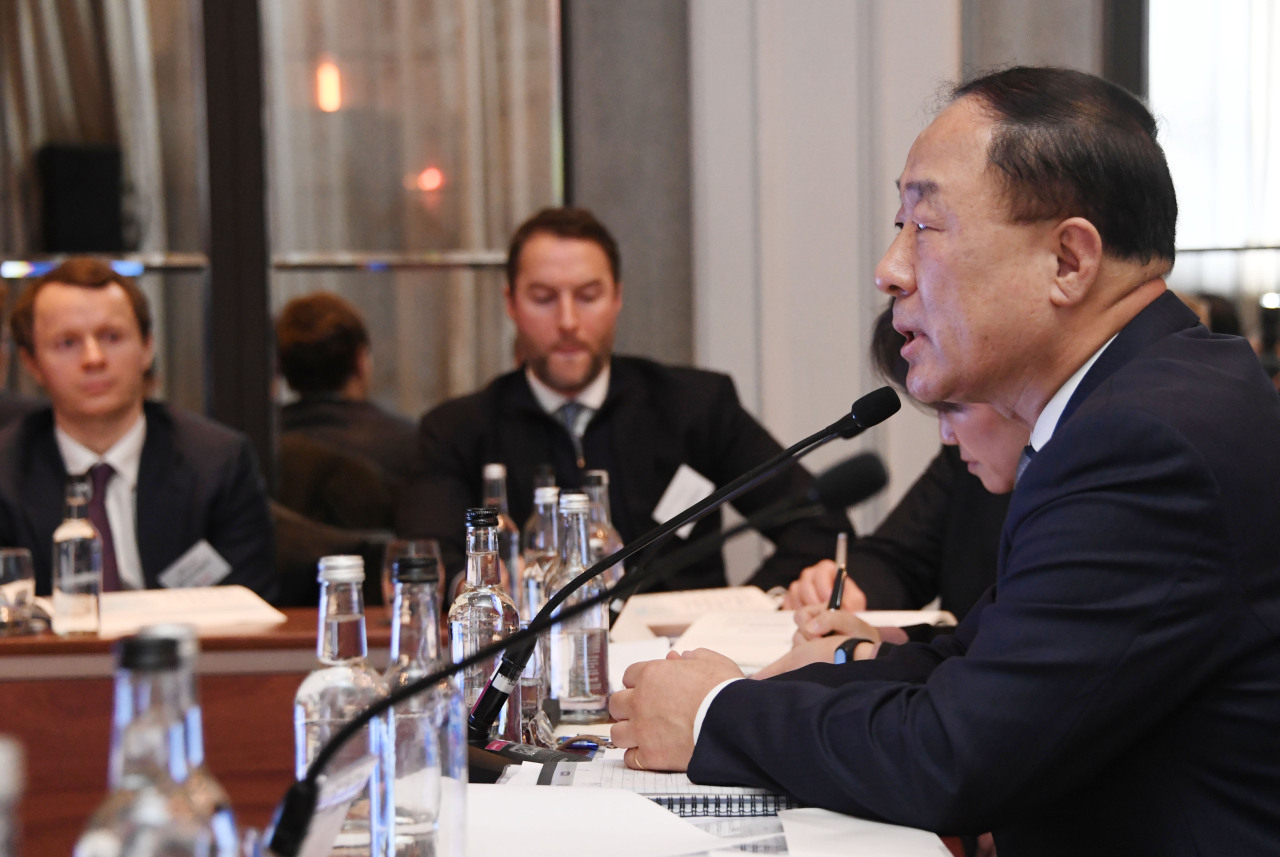 Considering the global status and recognition of the Korean economy by foreign investors, it is “justifiable” for the Korea equity market to be upgraded to “developed” status from current “emerging” status by New York-based index provider Morgan Stanley Capital International, Finance Minister Hong Nam-ki said while attending an investor relations event on the Korean economy held in London.

“Taking this IR meeting as an opportunity to build momentum, we plan to actively promote Korea’s inclusion of MSCI’s developed market status and initiate consultation with MSCI,” he added. Some 20 executives from investment firms including HSBC, JP Morgan, Schroder and Goldman Sachs attended the event.

Asia’s fourth-largest economy has kept its position in the MSCI Emerging Markets Index since 2014, which encompasses 26 countries, including China, India, Indonesia and Malaysia.

The MSCI World Index represents large and mid-cap equity performance across 23 developed markets. In Asia, Japan, Hong Kong and Singapore are included in the index.

Experts estimate that an extra 60 trillion won ($51 billion) of foreign funds will flow into the South Korean market if it is listed in the MSCI World Index.

Citing South Korea’s position as the world’s 10th-largest economy by the International Monetary Fund last year, Hong stressed the country’s enhanced status as well as growing foreign credibility for the economy. The government raised $1.3 billion by selling foreign exchange stabilization bonds at the second-lowest rates in October, he said.

The minister also downplayed the impact of pandemic-related disruptions in the global supply chain on the Korean economy.

“There was partial negative impact but the impact was limited in general,” he said.

Since Japan imposed restrictions on exports to Korea of core materials needed to make semiconductors and displays in 2019, the government has been seeking ways to increase competitiveness of homegrown material, parts and equipment.

“As a result, the export restriction played a role as a ‘vaccine’ for us to satisfy our own needs,” he said.