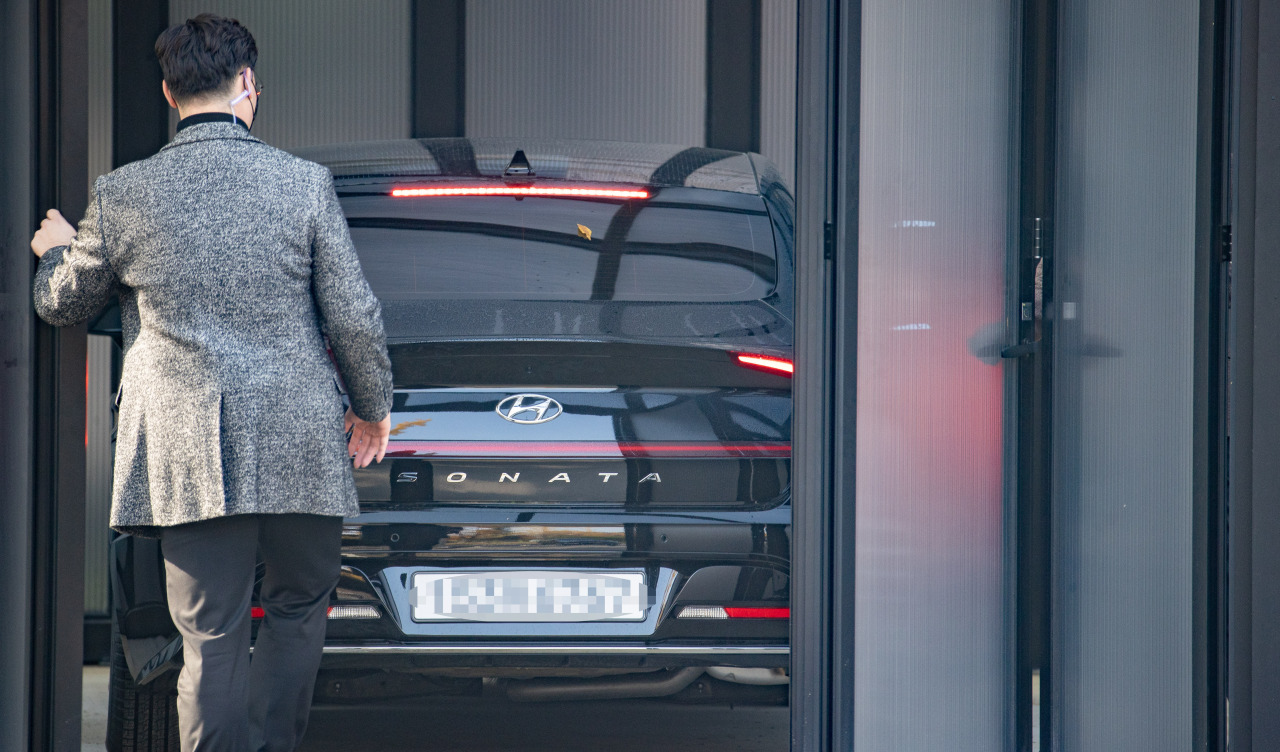 Son, the former chief of investigative information policy at the Supreme Prosecutors’ Office, is accused of ordering subordinate prosecutors and Rep. Kim Woong of the main opposition People Power Party to write complaints and collect evidence against ruling party figures and some journalists ahead of last year’s general elections. Speculation has swirled as to whether Son did it for then-Prosecutor General Yoon.

Following the inspection of Son, the agency plans to summon Rep. Kim later this week.

One of the key pieces of evidence presented by the anti-corruption agency is a photo file of a complaint delivered by Rep. Kim to informant Cho Sung-eun via a Telegram message in April last year, which shows “Sent by Son Jun-sung.” The agency said Son’s subordinate searched online for the same complaint around that time.

The issue of Tuesday’s investigation is expected to be whether Son ordered his subordinate to search for the complaint and made him write a complaint. So far, no direct evidence has been obtained by the anti-corruption agency that Son was involved in the process of writing and delivering the complaint.

If the agency is able to secure additional critical evidence through Tuesday’s probe, future investigations are expected to focus on Yoon.

However, as Son denies most of the allegations, including orders to write a complaint, the probe will likely take some time. During the warrant substantive examination last month, Son insisted, “I never worked for Yoon Seok-youl personally.”

Authorities have digital forensics data on Cho’s smartphone. They have also confiscated Son’s smartphone, but have not yet secured the phone’s password.

The Democratic Party of Korea raised the offensive level against Yoon Seok-yeol and the People Power Party, citing the summoning of Son.

Despite the allegations, Yoon Seok-yeol’s approval remains high among supporters.

In a recent hypothetical matchup, Lee Jae-myung, the ruling Democratic Party’s sole presidential candidate, had 33.2 percent support while Yoon marked 32.4 percent. The survey was conducted with 1,016 men and women aged 18 or older nationwide by the Korea Society Opinion Institute on Friday and Saturday.