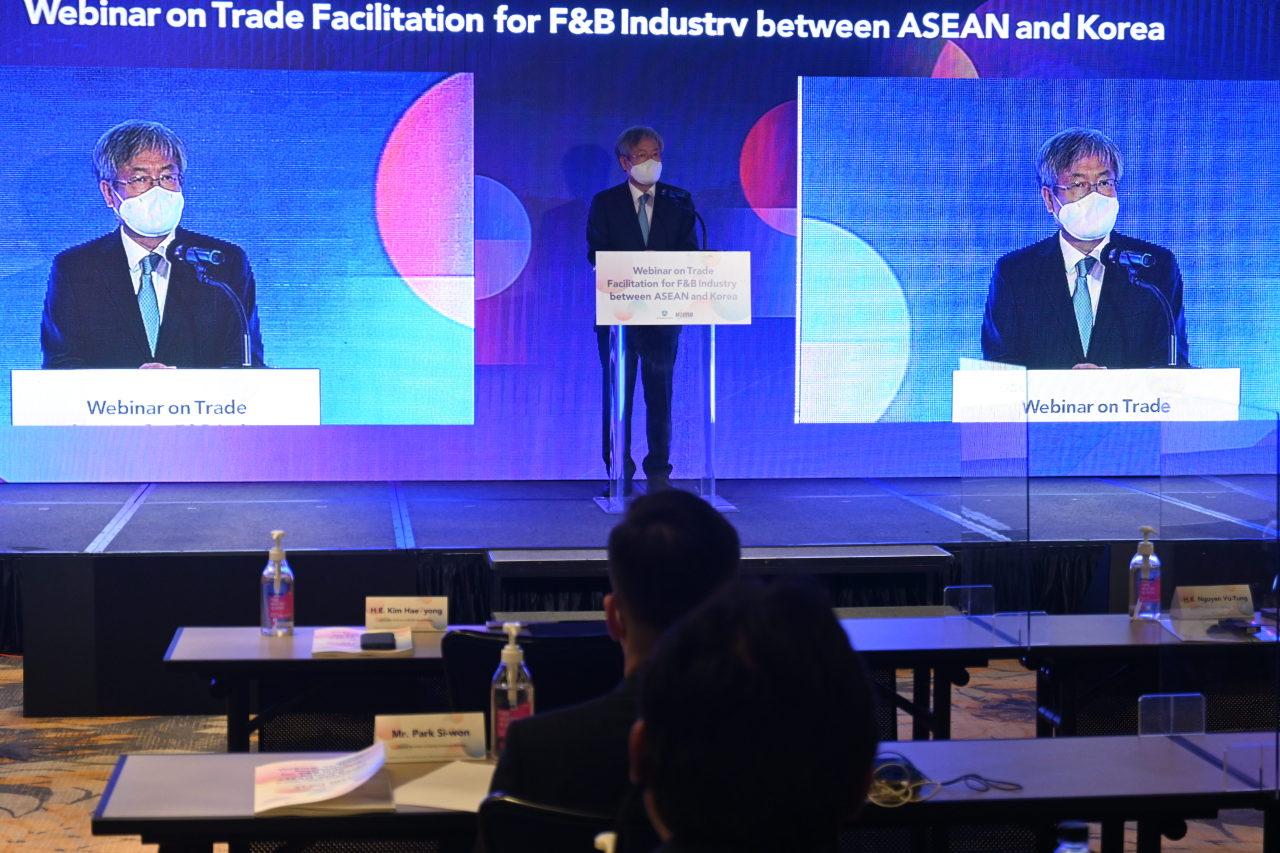 Delivering the opening remarks, Secretary-General Kim Hae-yong said the food and beverage sector generated over $500 billion in economic production in the 10 Southeast Asian member states, accounting for 17 percent of the region’s total GDP. The sector employs 160 million people in ASEAN, accounting for 35 percent of the total workforce.

Kim said Korea’s imports of agricultural goods from ASEAN tripled in the last decade from less than $1 billion in 2010 to about $3.2 billion in 2020, an encouraging indication.

“Against this background, ASEAN and Korea is seeking to further strengthen economic partnership joining RCEP last November and enhance economic cooperation among ASEAN countries,” he said.

According to Kim, RCEP-- the world’s largest trade pact that spans countries accounting for almost 30 percent of the global GDP -- would bring more benefits to ASEAN and Korea, such as facilitating trade, reducing transaction costs, boosting security, accessibility consistency and transparency.

The secretary-general also extended an invitation to ASEAN members to the ASEAN Trade Fair and Seoul International Cafe Show that will showcase specialties from the region, such as coffee, tea and dessert products, and provide business networking opportunities.

The ASEAN Trade Fair is set to be held from Nov. 10-13 at Coex in southern Seoul.

According to Korea Importers Association Vice Chairman Hong Kwang-hee, ASEAN is one of Korea’s most significant business partners since it signed their free trade agreement came into force in 2007.

Hong added that ASEAN’s total GDP was valued at $3.2 trillion last year, making it the sixth-largest economy in the world. The total ASEAN population stood at 660 million people, making the region the world’s third most populous after India and China. 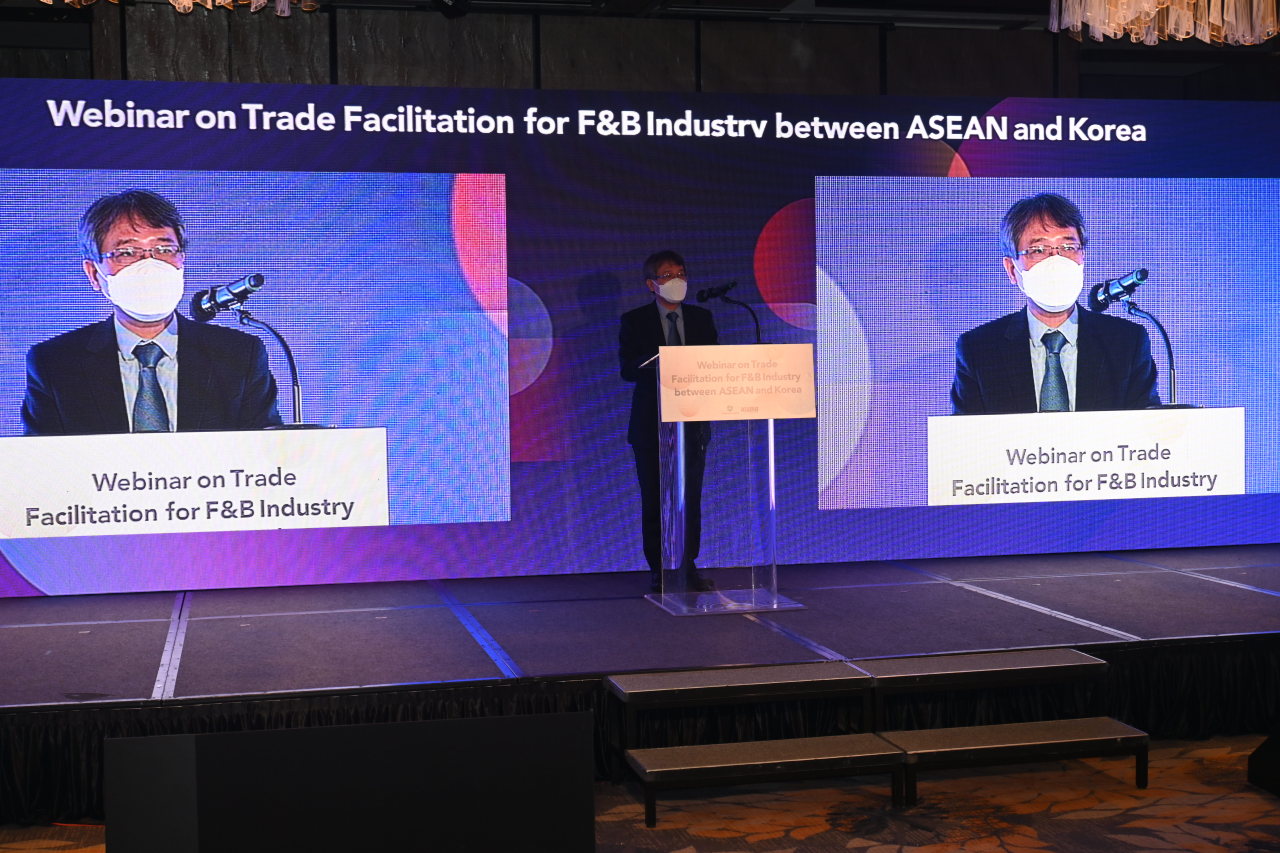 According to Tung, in the last thirty years of ASEAN-Korea partnership, and especially under the last four years of Korea’s New Southern Policy, Korea has become a leading strategic partner of ASEAN.

As Korea gradually shifts the strategy to “living with COVID,” Tung expects it to speed up the economic recovery process in the region.

Tung stressed that the RCEP would open new opportunities in the food and beverage industry and more items would reach Korean consumers and vice versa.

He suggested to advance growth in trade between ASEAN and Korea by enhancing trade competitiveness, being better informed of import regulations and procedures, and holding each other to high standards.