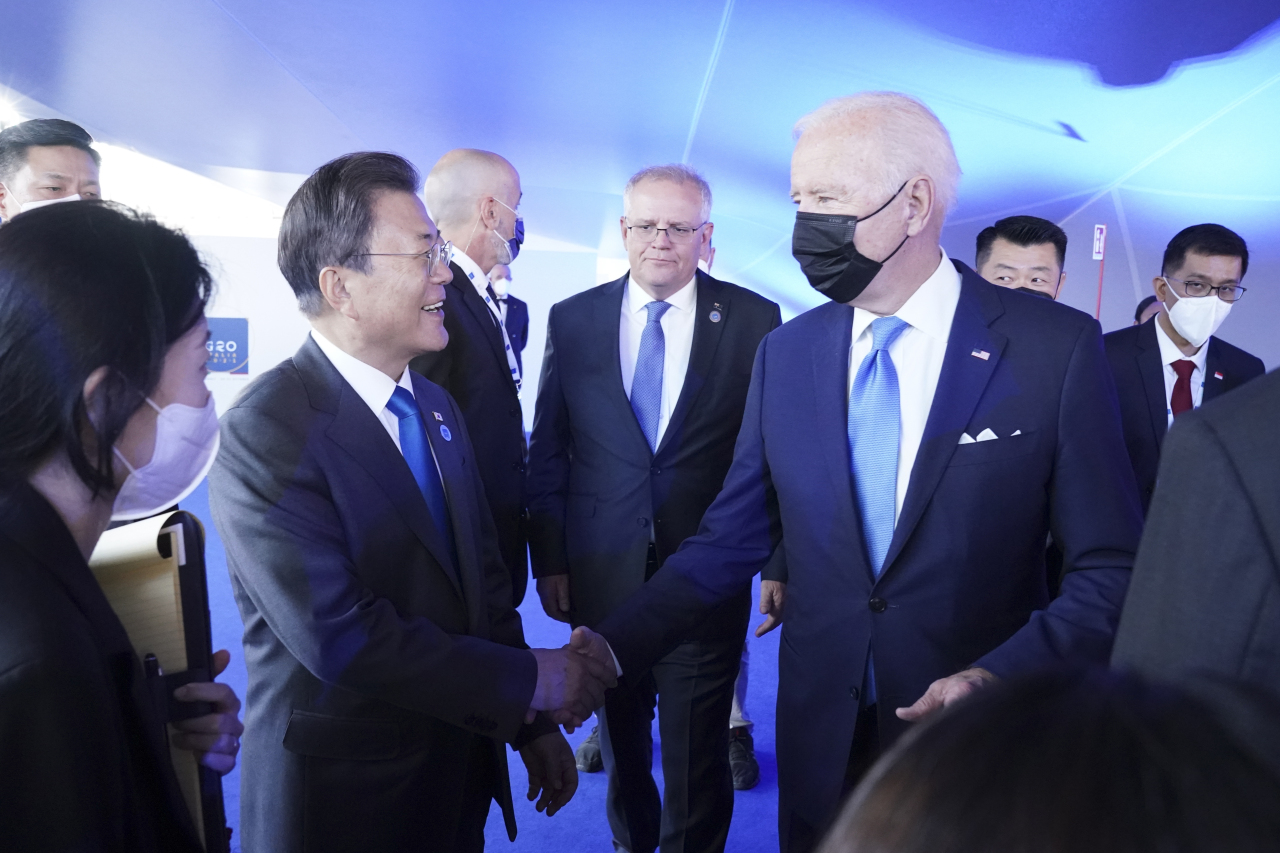 Biden made the remarks as Moon told him that he asked the pope to visit North Korea to bring peace on the Korean Peninsula and Pope Francis positively reacted to the offer by saying he is willing to go to the North if he receives an invitation, presidential spokesperson Park Kyung-mee said.

Biden welcomed the exchange between Moon and the pope as good news and praised Moon for making progress in bringing peace on the Korean Peninsula, Park said.

Moon and Biden held a casual meeting on the sidelines of the G-20 summit in Rome, Park said, adding that the informal meeting took place shortly before world leaders posed for a group photo.

Both Moon and Biden held a separate meeting with Pope Francis at the Vatican on Friday.

At a meeting with the pope at the Apostolic Palace, Moon told Pope Francis, "If Your Holiness has the opportunity and pays a visit to North Korea, it will build momentum for peace on the Korean Peninsula. Koreans have high expectations," according to Park.

Pope Francis said that if he received an invitation from North Korea, he would gladly visit the North for the sake of helping Koreans and the cause of peace, according to Park.

The pope has called for peace on the peninsula and previously expressed a willingness to visit North Korea.

During a meeting with the pope in 2018, Moon delivered a verbal invitation from North Korean leader Kim Jong-un, and the pope said at the time he was willing to visit the North if Pyongyang sends him an official invitation.

No further progress, however, has been made amid a deadlock in talks between the North and the United States.

Kim asked the US first lady to give support for South Korea's efforts to bring peace on the Korean Peninsula, the presidential office said. (Yonhap)