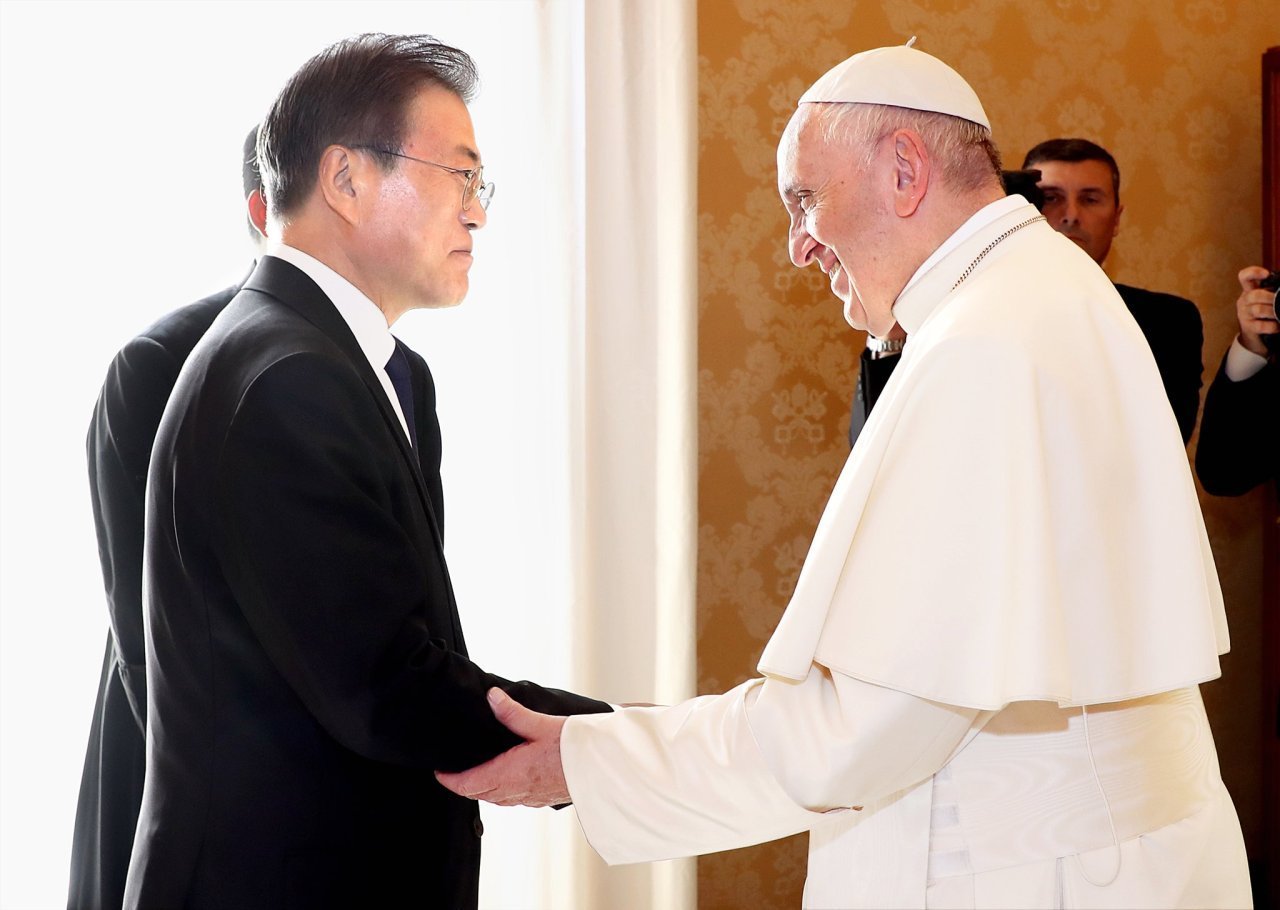 The Friday meeting will take place as Moon visited Rome to attend the Group of 20 Leaders' Summit over the weekend before traveling to Glasgow to join the global summit of the COP26 climate change gathering.

It will be Moon's second meeting with Pope Francis since October 2018.

Moon and Pope Francis are expected to exchange wisdom to promote peace on the Korean Peninsula and resolve pending global issues, such as the pandemic, poverty and climate change, Park said.

The pope has called for peace on the peninsula and expressed a willingness to visit North Korea.

During a meeting with the pope in 2018, Moon delivered a verbal invitation from North Korean leader Kim Jong-un, and the pope said at the time he was willing to visit the North if Pyongyang sends him an official invitation.

No further progress, however, has been made amid a deadlock in talks between the North and the United States. (Yonhap)