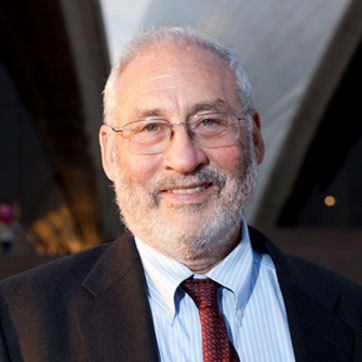 Joseph Stiglitz (Seoul city government)
Nobel prize-winning economist Joseph Stiglitz on Thursday urged regulators around the world to shut down cryptocurrencies, saying it undermines the basis of financial systems as well as its pursuit of transparency.

Speaking at a forum hosted by the Seoul city government, the economic professor at Columbia University also suggested market transparency and well-designed regulations as prerequisites for the city to become a global financial hub.

“I’m of the view that now is the time that regulators all over the world to basically shut down cryptocurrencies,” Stiglitz said.

He warned that innovation and deregulation are not a synonym and that some innovations like derivatives and credit default swaps could lead to a more unstable market.

Stiglitz made the remarks during a keynote speech at 2021 Seoul International Finance Conference, the Seoul Metropolitan Government’s 15-year-old initiative on becoming a global financial hub.

The economist pointed out that well-designed regulations and transparency are important preconditions for a city to become a successful global financial hub. He cited previous financial crises such as the Asian Financial Crisis in 1998 and the Global Financial Crisis in 2008 were in large part induced by deregulation moves.

“With problems in other places in East Asian countries, the problems in Hong Kong, suppression of democracy there, the problems with the financial system in China and its implication for Shanghai, it becomes even more important for Seoul to step up to be one of the critical financial hub, well-regulated financial hub for Northeast Asia,” he added.

Seoul, he said, should build up a reputation for good regulation that ensures financial stability and adequate transparency, while making sure there is no excessive risk-taking and chance for bad behavior.

“Well-designed regulations, transparency will lead to innovation -- a kind of innovation that enhance transparency, efficiency of allocation of resources and Macro economy stability,” he added.

Meanwhile, during the conference that took place in Seoul’s own financial hub, Yeouido, Seoul Mayor Oh Se-hoon reiterated his goal to make the capital city one of the world’s top five global hub within years.