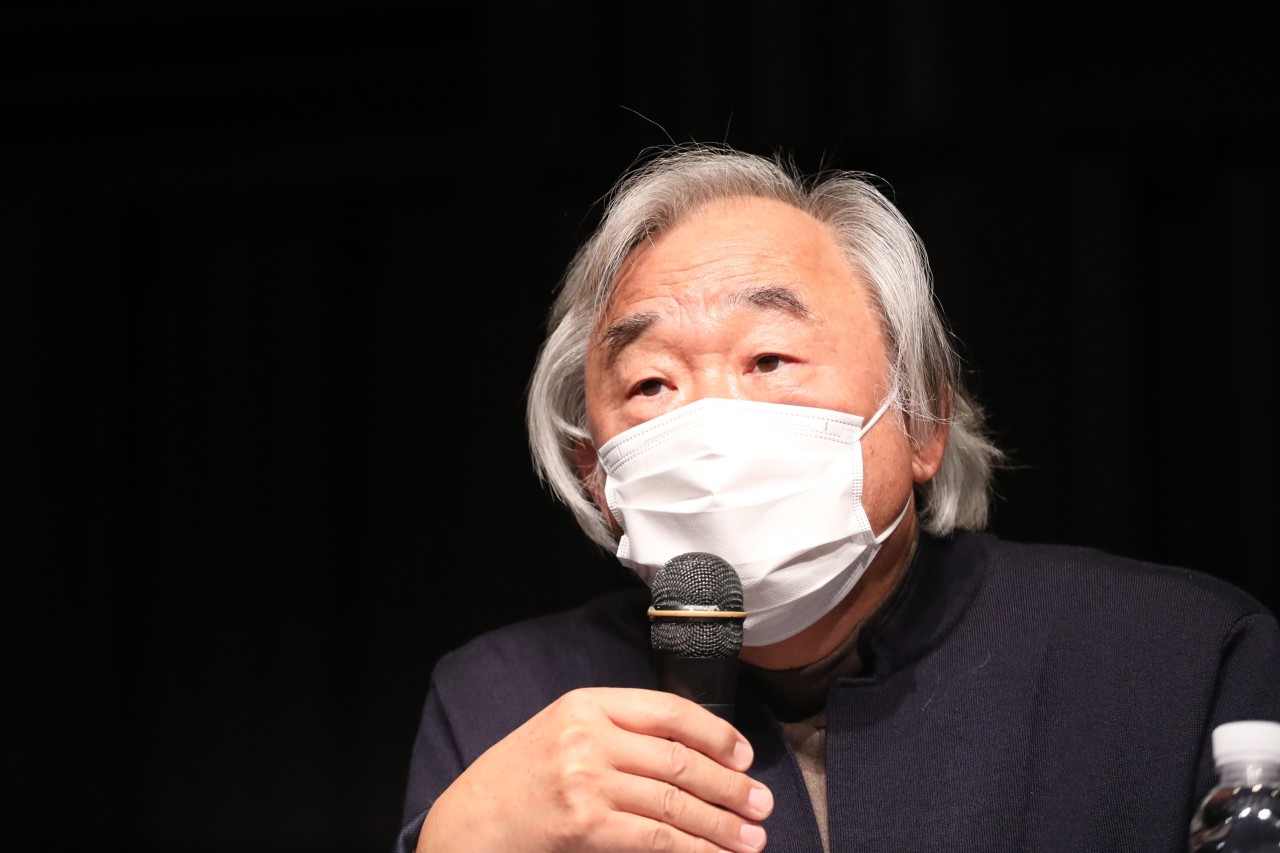 Pianist Paik Kun-woo speaks at a press conference held at the White Wave Art Center in southern Seoul on Thursday. (Yonhap)
Pianist Paik Kun-woo spoke up on accusations made by terrestrial broadcaster MBC’s investigative journalism TV program “PD Note” and his wife’s siblings that he and his daughter Paik Jin-hee are not taking proper care of actor Yoon Jeong-hee, who has been diagnosed with Alzheimer’s disease.

“I have not responded to the incidents related to Yoon as I wanted people to remember Yoon as an actor. But I can no longer overlook the false assaults and groundless assumptions against my daughter who has been taking good care of her mother,” Paik said at a press event held at the White Wave Art Center in southern Seoul on Thursday.

It was the first time Paik addressed the issue in public since the conflict with his wife’s siblings rose to the surface in recent months. In February, they posted an online petition on the Blue House website asking the government to help bring Yoon back to Korea.

Following the petition, on Sept. 7, MBC’s “PD Note” aired an episode on the whereabouts of Yoon under the title “Missing Actor, Two Faces of Adult Guardianship,” based on the claims of Yoon’s siblings that Paik and his daughter took Yoon to Paris and are failing to take proper care of her.

On Monday, the pianist filed for arbitration with a media arbitration committee, seeking a correction and 1.1 billion won ($940,000) in damages for himself and his daughter against “PD Note.”

“My daughter cannot live in peace because there are paparazzi waiting in front of the apartment in France. Caring for her mother who is an Alzheimer’s patient is hard enough, I cannot allow this to happen to my daughter,” Paik said.

Paik and his lawyer denied the claims made by “PD Note” that Yoon has been mistreated in France. They said she is currently in good condition, under the care of her daughter and the Association Sociale et Tutelaire, a France-based organization founded to provide care for Alzheimer’s patients.

While Yoon’s siblings told various media outlets that Paik and his daughter have restricted them from meeting the actor and phoning her, Paik’s lawyer, Jung Sung-bok of law firm Cheongrim, said the decision was based on an earlier ruling from the Paris Court of Appeal. In 2020, the French court said Yoon’s siblings may cause confusion for the actor.

“If the arbitration does not work out, we will have to go to court. We could have gone directly to court, but we wanted to give MBC a chance to correct its mistake,” said Jung, who was also present at the press conference.

“On Wednesday, we filed embezzlement charges against Son Mi-ae, Yoon’s sister, under the Act on the Aggravated Punishment of Specific Economic Crimes at the Yeongdeungpo Police Station. We are also looking into charging the siblings for defamation,” Jung said.

Paik said he and his family only want to live in peace.

“To make peace, there should not be any lies. I hope this can all come to a stop peacefully,” Paik said, adding Yoon is not aware of the feud between Paik and her siblings.

“I do not want to obsess over the past. I wish (my family) could continue our lives in peace.”