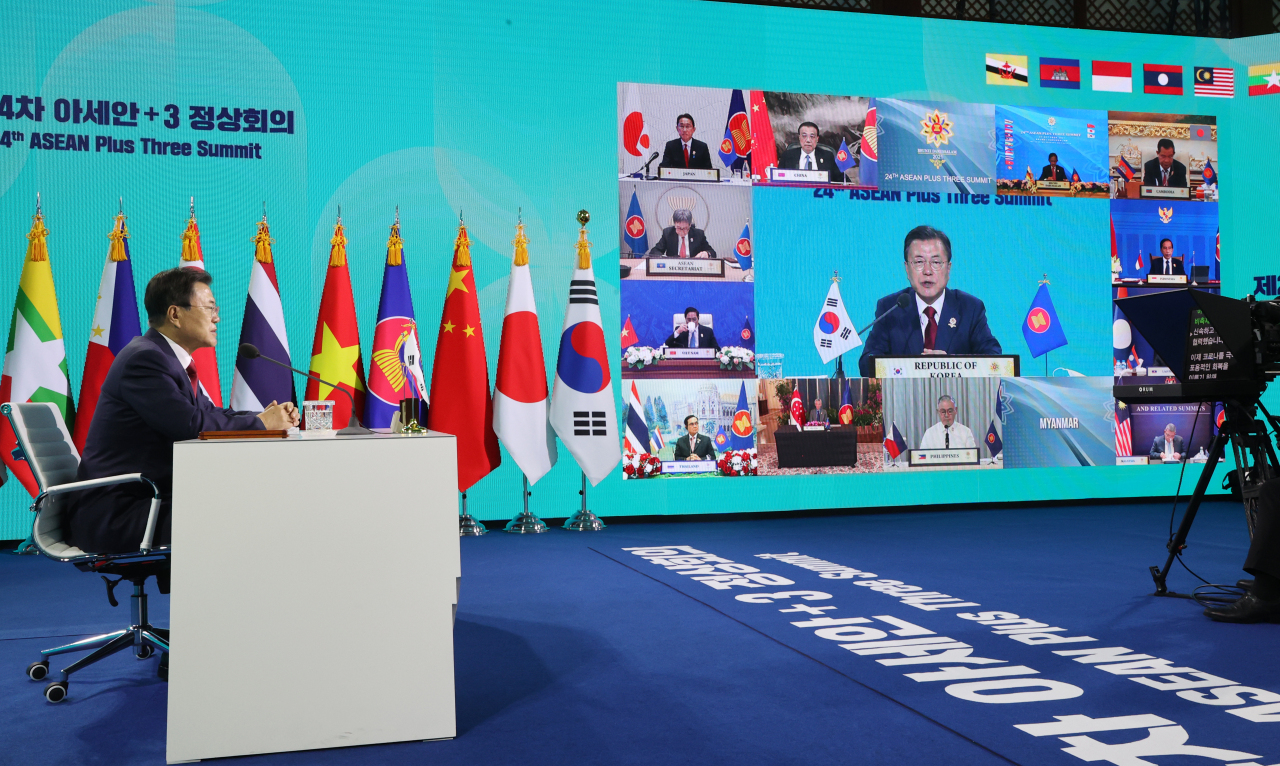 South Korean President Moon Jae-in speaks via videoconference during a virtual summit with the leaders of the ASEAN, China and Japan at Cheong Wa Dae in Seoul on Wednesday. (Yonhap)
South Korean President Moon Jae-in stressed the importance of regional cooperation to overcome the COVID-19 pandemic and prepare for future, as he attended a video summit with leaders of China, Japan and the Southeast Asian nations.

Moon said health cooperation was “urgent” to overcome the pandemic, in his opening remarks at the annual ASEAN Plus Three Summit, which involves the 10-member Association of Southeast Asian Nations along with China, Japan and Korea.

Moon also took the opportunity to extend greetings to Kishida in his address. The summit, despite being held virtually, was the first time the two leaders had met since Kishida took office early this month.

During the meeting, Moon mentioned Seoul’s pledge, announced Tuesday, to provide $5 million to the COVID-19 ASEAN Response Fund this year, in addition to the $1 million it contributed last year. The fund was established last year to assist the ASEAN countries with their pandemic efforts -- for example, by purchasing COVID-19 vaccines.

“South Korea, as a global vaccine production hub, will do its best for fair and speedy distribution of vaccines,” said Moon.

Later in the day, Moon is scheduled to participate in a broader East Asia Summit that brings together 18 countries, including the ASEAN countries, the US, Russia, Australia, New Zealand and India.