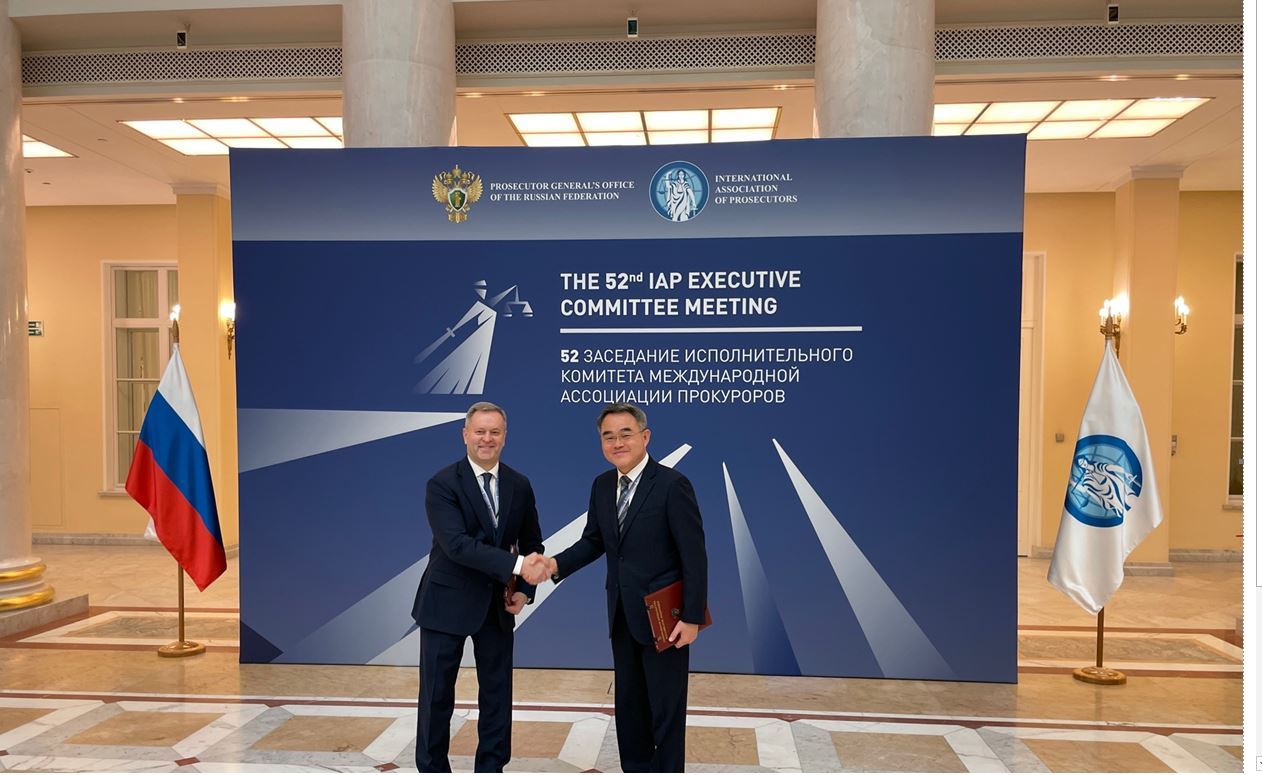 The decision was reached during the IAP’s 52nd Executive Committee Meeting and 26th General Meeting in St. Petersburg, Russia, from Oct. 20-22.

At the opening event on Oct. 20, IAP President Hwang Cheol-kyu, who is the chief prosecutor of the International Center for Criminal Justice in Korea, and Deputy Prosecutor General of the Russian Federation Peter Gorodov signed a cooperation agreement for the official launch.

The launch is expected to contribute to revitalizing international cooperation for criminal justice within its jurisdiction, the organizers said.

The IAP is the only international organization for prosecutors around the world, launched in 1995 at the initiative of the United Nations, with 350,000 prosecutors from 177 countries and territories now. It is headquartered in The Hague, Netherlands.

The first regional office has been set up in St. Petersburg and future offices will gradually follow, according to the IAP.

During the Executive Committee and General Meeting, the members also agreed to establish a real-time international cooperation platform among prosecutors around the world, and to expand prosecutor education and training through partnerships with international organizations and prosecution authorities. They also decided to reinforce prosecutorial specialist’s networks for corruption, cybercrime, sexual crime and environmental crime.