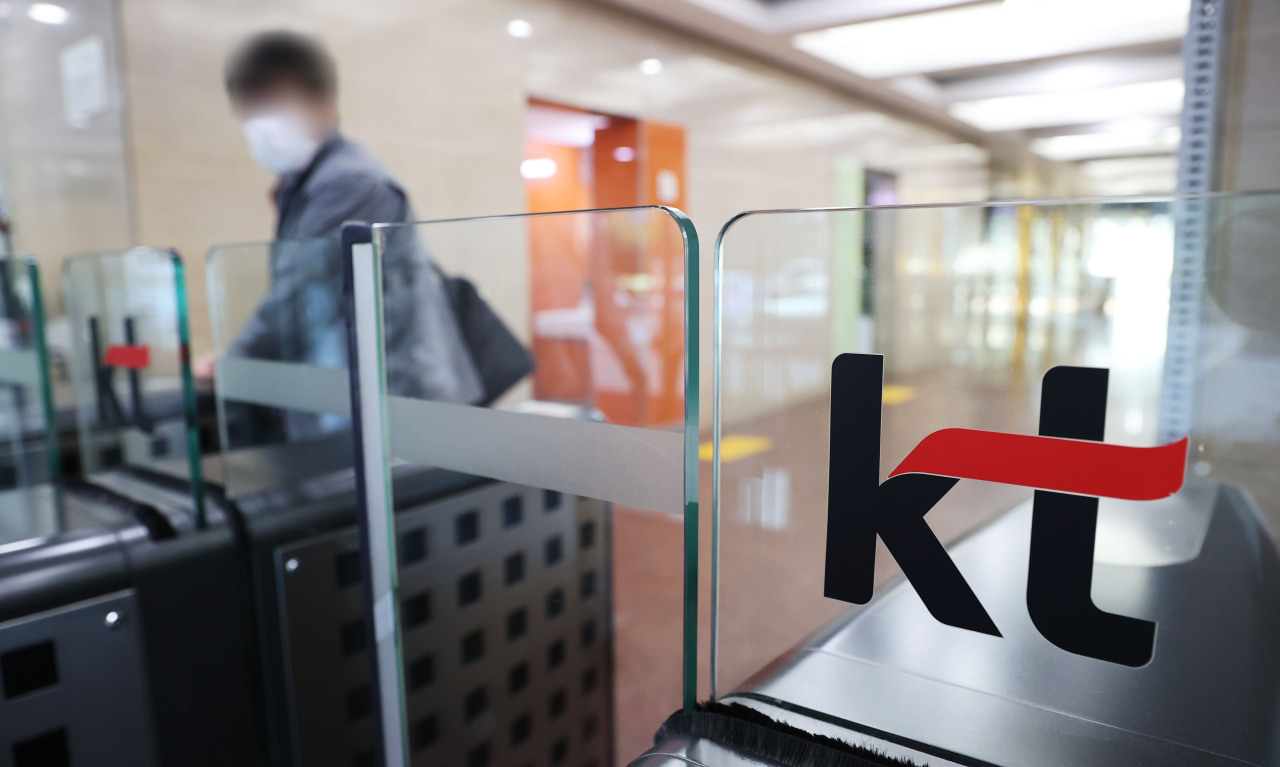 (Yonhap)
South Korean telecommunications provider KT apologized for Monday’s massive network outage, and for mistakenly citing a cyberattack as its cause.

“We sincerely apologize for the massive internet disruptions on Monday. While we initially assumed it was from an outside DDoS attack, it appears to have been caused by a network routing error that occurred during our recent equipment update process,” said KT CEO Koo Hyeon-mo in a statement released Tuesday.

Pledging to actively cooperate with the government to identify the cause, he said they would “closely monitor both wired and wireless networks” of KT to prevent similar accidents from happening in the future.

Compensation measures for businesses and individuals affected by the incident will be decided soon, the statement added.

Around 11 a.m. Monday, some 14.3 million people who rely on KT for internet suffered a cut in network connections, which caused widespread disruptions at schools, businesses and hospitals for up to 85 minutes.

Soon after the incident, the firm said it was likely caused by a distributed denial of service attack, or DDos attack, only to backpedal a few hours later, saying it suspected a routing error.

A full-day police investigation tentatively concluded that there was “no evidence of criminal activity” involved in the outage, according to local media reports. 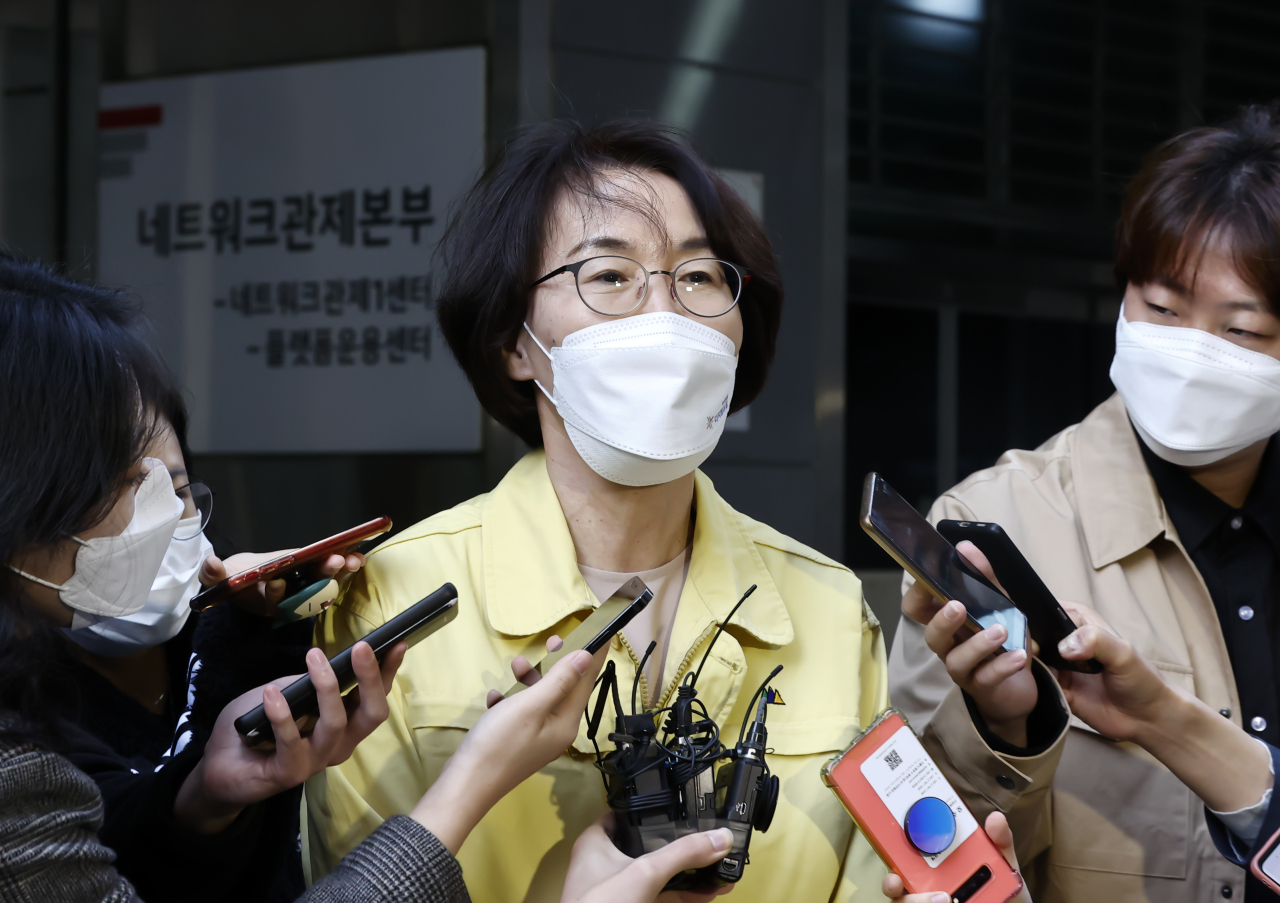 Minister of Science and ICT, Lim Hye-sook, answers to questions from the press after her visit to KT's network control center in Gwacheon, Gyeonggi Province. (Yonhap)
On Tuesday morning, security experts and officials from KT and the Ministry of Science and ICT held an emergency meeting to identify the cause and come up with possible compensatory measures for damages caused by the nationwide outage.

Meanwhile, the aftershock of the previous day continued into the next morning, with some users of KT’s network complaining of internet disruptions.

In response, KT temporarily pushed back its press conference for KT Studio Genie, which was originally scheduled for Thursday.