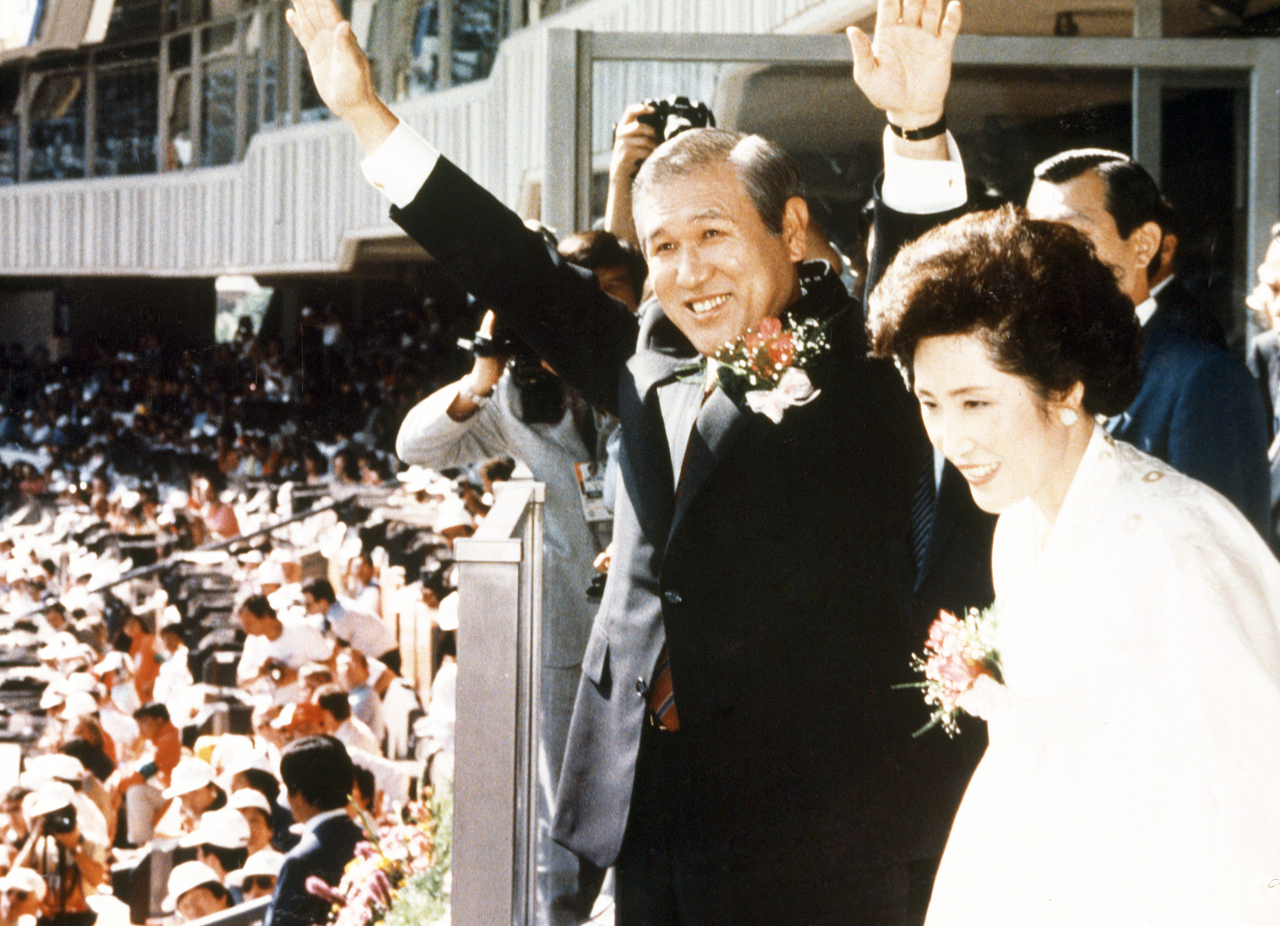 President Roh Tae-woo (L) and his wife, Kim Ok-sook, attend the opening ceremony of the 1988 Summer Olympics in Seoul in this file photo dated Sept. 17, 1988. Roh, who served as president from 1988-93, died on Tuesday, at the age of 88. Roh was recently admitted to a hospital after his health deteriorated but failed to recover, his aides said. (Yonhap)
The main opposition People Power Party (PPP) expressed condolences over the death of former President Roh Tae-woo but also promised not to repeat the faults of his political legacy.

Roh, who served as president from 1988-93, died Tuesday at 88 after failing to recover from health problems.

The former general who succeeded Chun Doo-hwan as president has been credited for building ties with socialist states, including the establishment of diplomatic relations with the Soviet Union in 1990 and China in 1992, under his signature Nordpolitik foreign policy.

PPP spokesperson Rep. Her Euna said the party prays for Roh's eternal rest and shares its condolences with his bereaved family.

The spokesperson credited Roh for accepting calls for a direct presidential system in 1987 in what is known as the "June 29 Declaration" and becoming the first elected president later that year through a direct vote. She also spotlighted South Korea's admittance to the United Nations and diplomacy results through Nordpolitik during his term.

She said, however, that Roh's involvement in the December 12 military coup of 1979, which ushered in the Chun regime, and the military's killing of civilians during the uprising of Gwangju in May of 1980, were faults that could not be glossed over.

"The PPP will not allow such troubled history to repeat," Her added.

"The broadening of our country's diplomatic horizon near the end of the Cold War era, such as the Nordpolitik policy, was a meaningful result," former Prosecutor General Yoon Seok-youl, a leading PPP presidential contender, said.