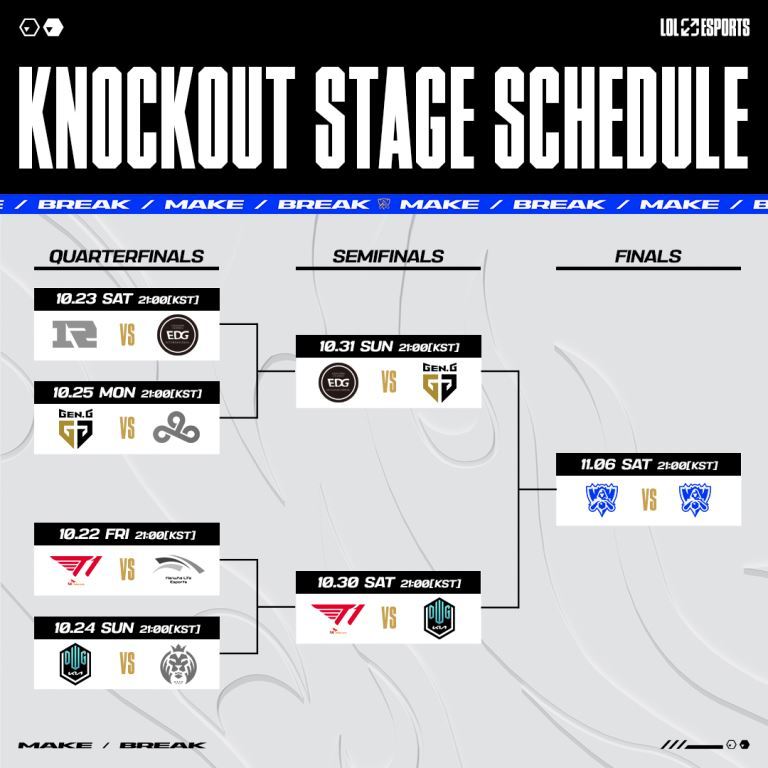 Bracket results for the semifinals, which start Saturday (Riot Games)
As Gen.G Esports triumphed over Cloud9 of the US, the last remaining hope for the West, in a clean 3-0 sweep Monday, three of four slots in the semifinals are now occupied by Korean teams: Damwon Kia, T1 and Gen.G Esports.

The first game of the semifinals for the League of Legend World Championship will feature a clash of LoL giants Damwon and T1.

The two teams, considered the two strongest teams in this year’s tournament, seek to cement their respective legacies by hoisting the Summoner’s Cup.

While Damwon aims to reach the final stage for a second consecutive year, T1 looks to make a triumphant return to the World’s final, with its last such appearance in 2017. 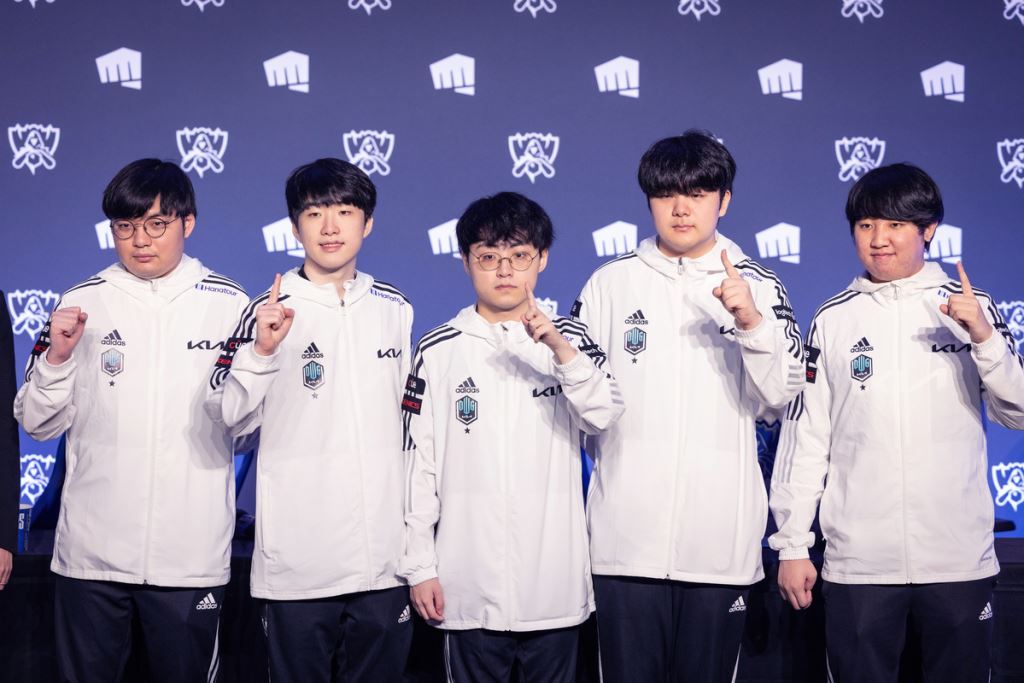 Damwon Kia advances to the semifinals of Worlds 2021. (LCK)
Many spectators are excited to see a semifinal rematch of the 2021 League of Legends Champions Korea summer season finals, where Damwon took down T1 in a convincing 3-1 victory. 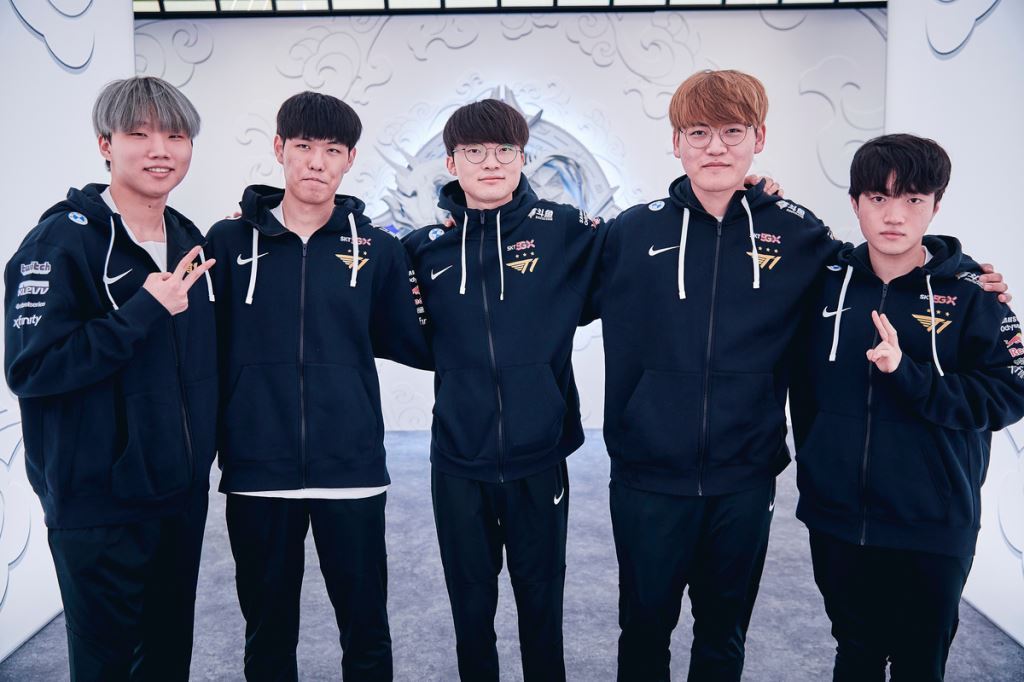 T1 advances to the semifinals of Worlds 2021. (LCK)
On the other side of the bracket, Gen.G, winner of two previous World Championships -- in 2014 and 2017 -- as Samsung Galaxy, seeks to win a third Worlds title under a different banner. 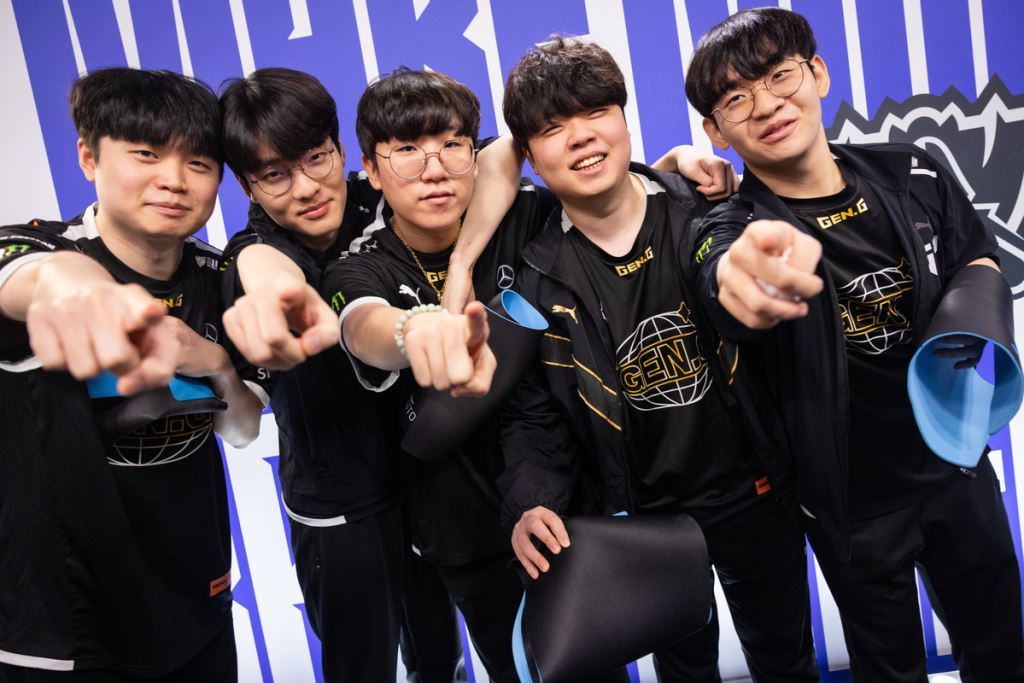 The two Western teams -- Mad Lions of Europe and Cloud9 from the US -- both lost in the quarterfinals and were knocked out by Korean teams in clean sweeps.

Korea has produced three semifinalists for the first time in five years. In 2016, SK Telecom T1, Samsung Galaxy and Rox Tigers advanced to the semifinals of Worlds.

Though Hanwha Life Esports was eliminated in the quarterfinals by fellow Korea team T1, the chance of an inter-Korean matchup in the finals has LCK fans anticipating a return to the LCK’s glory days, when Korean teams dominated the World Championships for several years.

The semifinals kick off at 9 p.m. on Saturday evening, with livestreaming available via various platforms, including Naver, YouTube and Twitch.