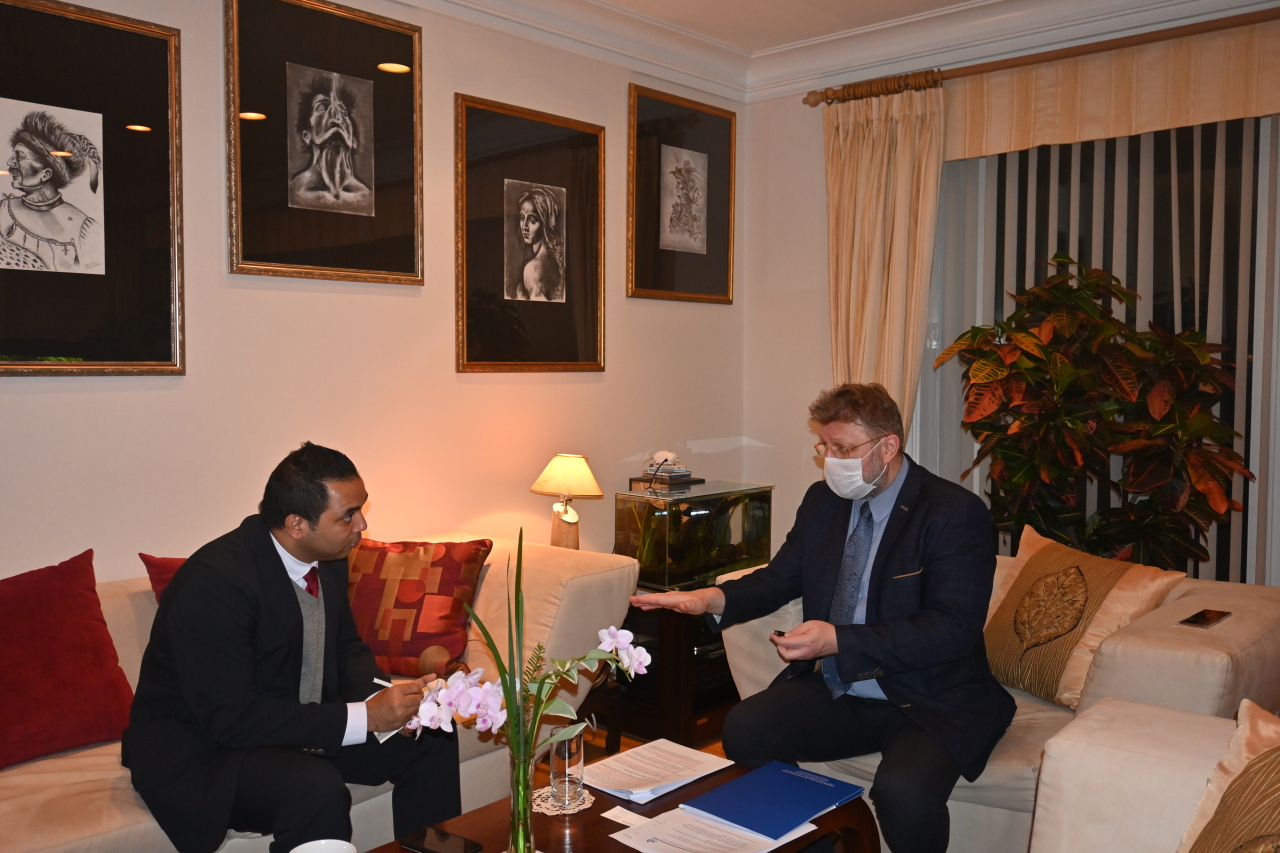 Ambassador Piotr Ostaszewski said there was no basis to claims Poland was eyeing a “Polexit” from the EU.

“Brexit had a leader who led the whole issue but (talk of) ‘Polexit’ is simply propaganda,” he said, drawing contrast with the United Kingdom’s exit from the bloc.

“Truth is that 85 percent of the Polish people are supporting Poland’s membership in EU without any questioning.”

According to Ostaszewski, the Polish government supports Poland’s EU membership now and for the future.

Poland and the EU have been at loggerheads for several years over the supremacy of EU law.

This came to a head when the Constitutional Tribunal of the Republic of Poland ruled on Oct. 7 that EU treaties, as acts of international law, have priority over domestic law of a statutory rank, but they cannot precede national constitutions.

The EU disagrees with Poland’s interpretation. Saying the judgment raised “serious concerns,” the European Commission released a statement saying that “EU law has primacy over national law, including constitutional provisions.”

Ostaszewski said that although EU law precedes national law in areas of competence granted to the union, member states must have the instruments to react in the event institutions established by the treaties exceed their powers.

“Poland delegated most areas to the EU in accordance with the treaty, however, some areas pertaining to law remain discretionary to Poland for protecting its sovereignty and democratic structure,” he said.

He expressed hope for the issue to soon be resolved peacefully and issues of gas and energy, immigration and climate change would be on table.

The Polish envoy highlighted strong bilateral ties between Poland and Korea despite COVID-19, saying that the pandemic did not negatively impact relations.

The envoy noted that despite the situation, some high-level direct exchanges have continued.

“Amid COVID-19, (on) Sept. 21, Poland’s Deputy Defense Minister Marcin Ociepa paid a visit to Korea and signed a memorandum on defense research and development co-operation with the (South Korean) Defense Acquisition Program Administration (DAPA) to strengthen military technology, and this coming November, deputy foreign minister Marcin Przydacz will sign the next three years’ action plan as part of the strategic partnership with Korea,” he said.

He said that Incheon International Airport Corp. is a strategic advisory consulting partner for Poland’s new airport project known as the Solidarity Transport Hub -- planned as one of the biggest airports in the world.

The Solidarity Transport Hub (STH) is a planned transfer hub between Warsaw and the central city of Lodz that will integrate air, rail and road transport covering an area of 3,000-hectares, 37 kilometers west of Warsaw. According to STH management, the airport will handle 45 million passengers a year.

Ostaszewski said that Polish professionals will visit Korea and work with Incheon International Airport Corp. in multiple areas, including operation, discussing smart cities, and reviewing the master plan for the development.

Poland is looking to boost exchanges and cooperation with Korea in a wide range of economic, defense and related fields, Ostaszewski concluded.