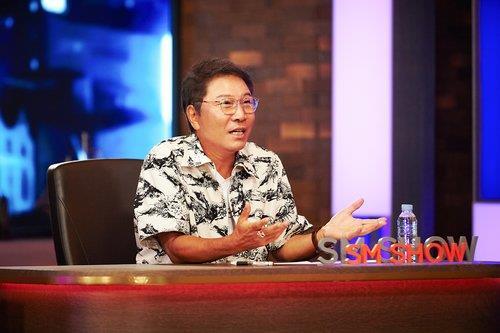 "In order to strengthen our music content business, we are mulling taking over a stake in SM Entertainment or seeking other operating synergies," said the company, a content creating unit of South Korea's food and entertainment conglomerate CJ Group, in a filing. "But nothing has been determined yet."

Over the weekend, a local news outlet reported that CJ ENM has reached an agreement to buy an 18.72 percent stake in SM Entertainment owned by its founder and largest shareholder Lee Soo-man. Lee has said he would sell off his stake and return to become a K-pop producer.

Since then, not only CJ ENM, but also Hybe, the management label of BTS, and Kakao Entertainment have joined the battle for one of the country's top K-pop agencies, with big-name K-pop acts like EXO, Red Velvet, NCT and aespa under its belt.

But Kakao Entertainment, an entertainment arm of tech giant Kakao Corp., has recently pulled out of the race, and CJ ENM has emerged as the strongest candidate to take control of SM Entertainment.

It is behind the Oscar-winning family satire "Parasite," while it has produced global hit TV series, including "Guardian: The Lonely and Great God" (2016) and "Crash Landing On You" (2019).

The possible acquisition of SM Entertainment will likely give a boost to the company, which is swiftly moving to focus more on the K-pop scene in addition to its popular audition shows like "Superstar K" and "I-Land." (Yonhap)