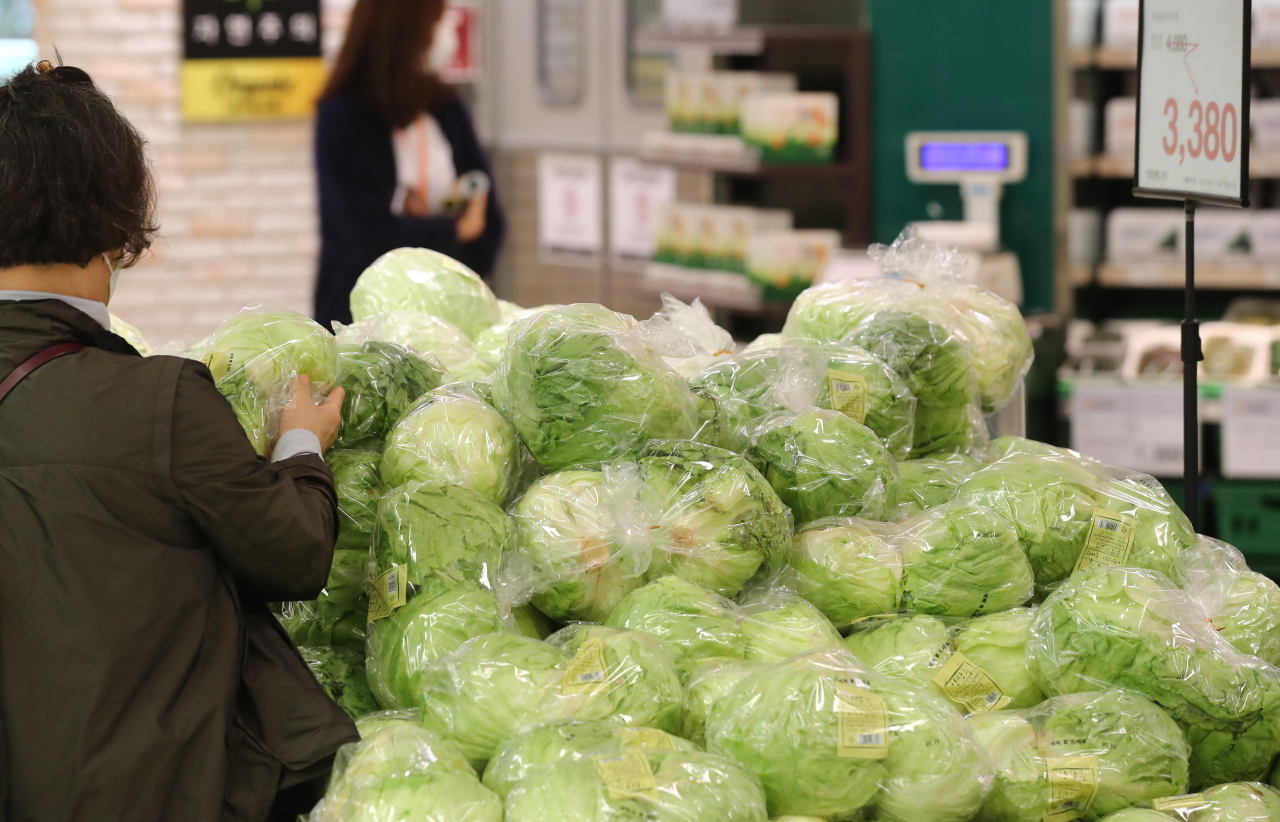 A customer examines a packaged lettuce displayed on the shelves of a store in Seoul on Oct. 19. (Yonhap)
Hamburgers and sandwiches may be served without lettuce for a while, as green vegetables are in short supply nationwide due to the unexpected October cold.

Burger chain McDonald’s announced late last week that certain menu items will be served with “less or without any lettuce.” The company said the lettuce supply was “unstable” as a result of the sudden cold wave that hit the nation this month.

“Orders that include lettuce will be compensated with a free drink coupon that can be redeemed in our restaurants. McDonald’s is committed to normalizing the lettuce supply as soon as possible,” read the announcement on McDonald’s official homepage.

An unexpected cold snap damaged temperature-sensitive crops at local farms and disrupted the lettuce supply at its locations, the company explained.

Temperatures in the capital, Seoul, recorded a low of 1.3 degrees Celsius on Oct. 17, the lowest mid-October reading since 1957, according to the Korea Meteorological Administration.

The sudden drop in the mercury led the weather agency to issue a cold wave alert, the first one in 17 years to be issued in October. 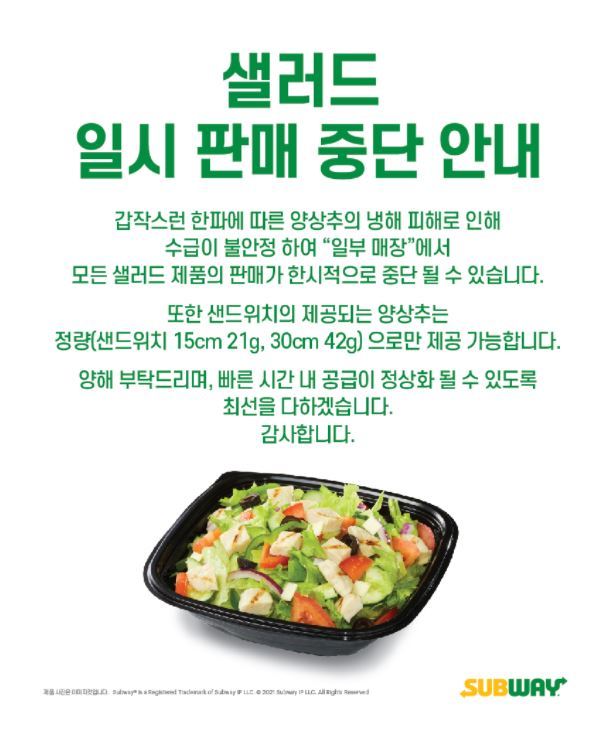 A notification from Subway informs customers that certain locations will not sell salads due to an unstable lettuce supply. (Screen capture)
Lettuce and other weather-sensitive vegetables took a direct hit, hence the short supply and soaring prices.

It was also 62 percent higher than the average over the past five years, according to data from the Seoul Agro-Fisheries and Food Corporation, which oversees Garak Market, one of South Korea’s largest wholesale produce markets.

“Farms experienced heavy rain in early fall and then an unexpected cold snap this month. Lettuce, mostly produced on farms in Gangwon and the Chungcheong provinces, turned bad from a huge change in temperatures. This limited supply and led to a price hike,” explained Lee Han-mi, an official from the corporation.

Wholesale prices of other green vegetables soared as well. A kilogram of chicory rose in price 22.3 percent from Monday last week to Saturday.

The wholesale price for 1 kilogram of romaine jumped 84 percent over the same six-day period, data from the Korea Agro-Fisheries & Food Trade Corporation showed.

“Wholesalers expect the supply problem to continue on until early November, until lettuce harvested from the Jeolla provinces can be supplied to the market. Farms there were relatively less hit by the weather,” added Lee.