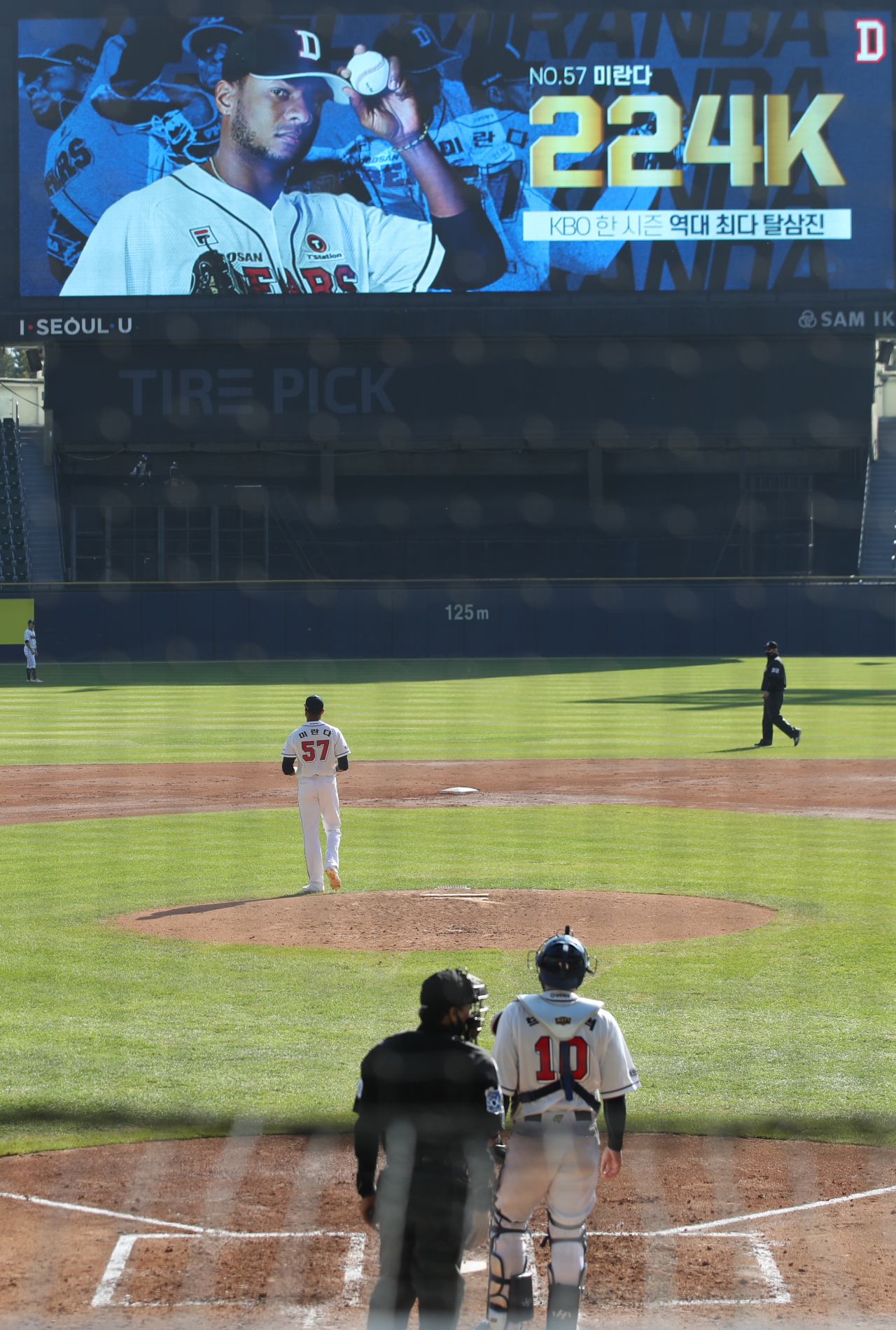 Ariel Miranda of the Doosan Bears acknowledges the crowd after setting a new single-season strikeout record in the Korea Baseball Organization (KBO) against the LG Twins during the top of the third inning of the clubs' regular season game at Jamsil Baseball Stadium in Seoul on Sunday. (Yonhap)
Doosan Bears' left-hander Ariel Miranda is the new single-season strikeout king in South Korean baseball.

Miranda got his 224th strikeout of the 2021 Korea Baseball Organization (KBO) season Sunday against the LG Twins, surpassing a 37-year-old record held by the late Lotte Giants legend Choi Dong-won.

Miranda's record-breaking strikeout came against Hong Chang-ki for the second out in the top of the third inning at Jamsil Baseball Stadium in Seoul.

Miranda had a strikeout in the first inning and picked up another in the second inning to pull into a tie with Choi.

Then with one out in the third, Miranda got Hong to whiff on a 1-2 forkball for the record.

This is Miranda's first season in the KBO. The 32-year-old Cuban was signed by the Baltimore Orioles as an amateur free agent in 2015 and made his big league debut the following year.

Miranda entered Sunday's action leading the KBO with a 2.29 ERA and 221 strikeouts. He was tied for third in wins with 14, two behind David Buchanan of the Samsung Lions. (Yonhap)