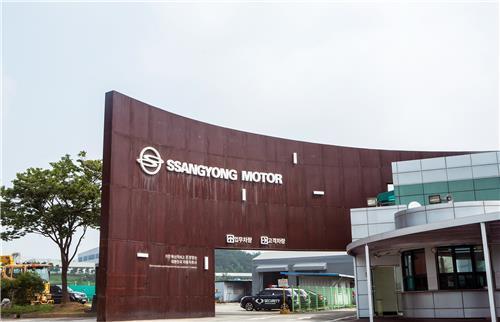 The Seoul Bankruptcy Court said a consortium led by Edison Motors is the only remaining bidder, effectively making it the preferred buyer.

Its competitor, another consortium led by EV firm Electrical Life Business and Technology, was excluded from the list as it failed to prove that it had the necessary funds to acquire SsangYong Motor, the court said.

SsangYong Motor is the fourth-largest automaker in Korea and is owned by India’s Mahindra & Mahindra. The Indian company is looking to sell its controlling stake in the firm.

The biggest supplier of electric buses to Seoul City, Edison Motors recorded sales of 80.9 billion won with an operating profit of 5.6 billion won in 2019.

Kang Young-kwon, chief executive officer of Edison Motors, had said previously in an interview with The Korea Herald that his consortium could channel about 800 billion won to 1 trillion won for the acquisition and post-acquisition revival program.

Kang, a TV producer-turned-entrepreneur, said he wanted to transform SsangYong into a major EV brand to rival global automakers such as Tesla, Volkswagen and General Motors.

His stated goal was to have the company turn a profit within three to five years by tripling its annual production volume to 300,000 vehicles, including 150,000 EVs and 50,000 hybrid EVs.

While SsangYong’s electric SUV has a driving range of some 300 kilometers on a single charge, Edison Motors’ third-generation battery pack with its smart battery management system could pull that figure up to 450 or even 800 kilometers, Kang said.

Kang dismissed skeptics, pointing out that even conglomerates with far greater funding power had failed to revive SsangYong over the years.

“I would not be considering acquiring SsangYong if I did not believe in its potential. There is no reason to put my company at risk,” Kang said, adding that Edison Motors was already competitive in its own field, with interested investors.

SsangYong said it will follow through with the necessary procedures for court approval and will sign a memorandum of understanding with Edison Motors around the end of this month.