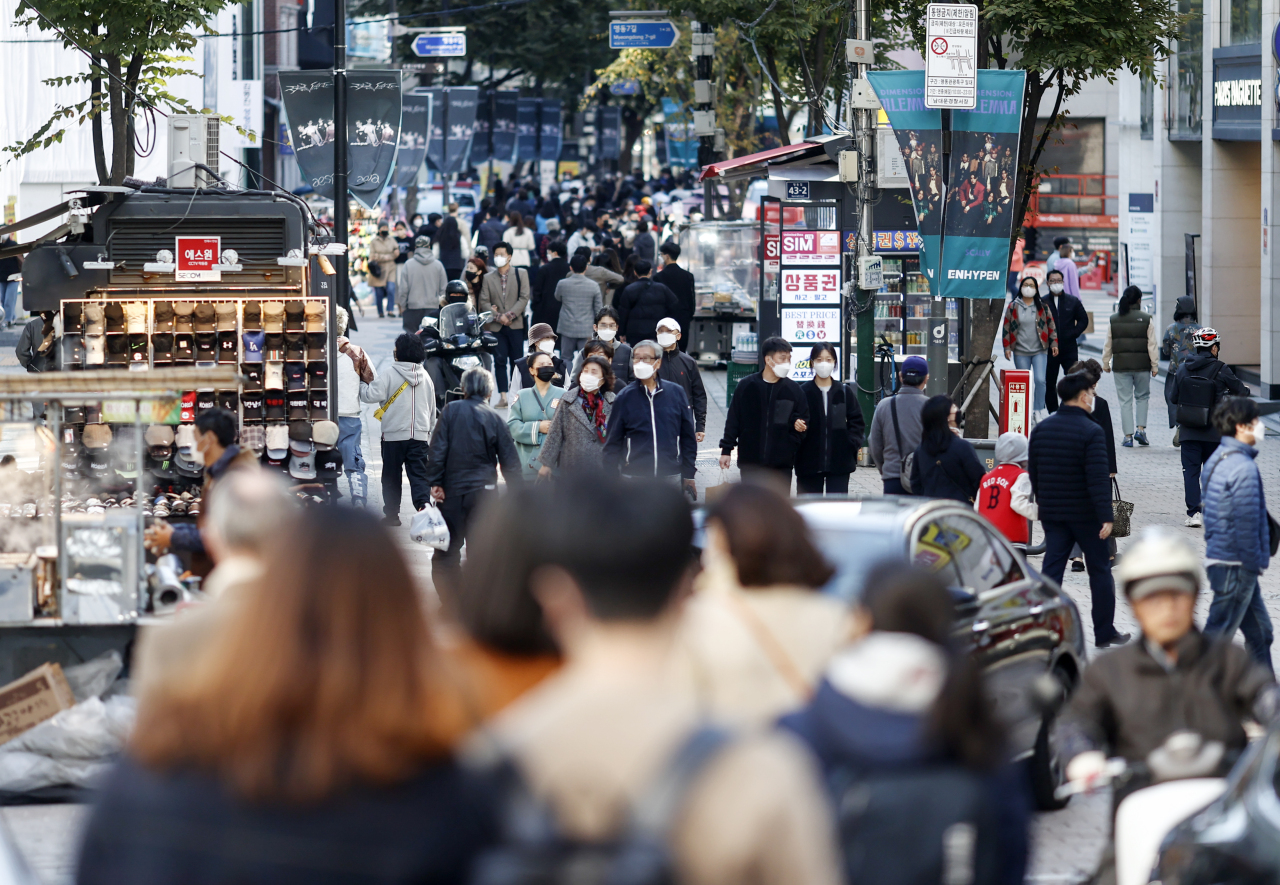 Ahead of South Korea’s highly anticipated return to normal early next month, COVID-19 deaths are stagnating just as cases are declining throughout the country.

In June, by which time vaccinations of people in their 70s and older had been more or less completed, the case fatality rate had fallen to 0.35 percent from 1.56 percent in February, when the national vaccine campaign against COVID-19 kicked off.

The case fatality was 0.36 percent and 0.34 percent for August and September, respectively, before rising to 0.62 percent so far this month. In October alone, 217 people died, meaning that COVID-19 was causing 11 deaths a day on average. September’s average number of deaths by day was seven, and August’s was six.

Tuesday’s death count of 21 marked the highest since mid-January, when a string of outbreaks at nursing homes caused a spike in deaths and hospitalizations.

In a televised briefing Tuesday, Park Hyang, a senior Ministry of Health and Welfare official, blamed people who have not been vaccinated for the recent uptick in deaths.

“Deaths are occurring mostly among older people who have not been vaccinated,” she said, adding, among people 18 and older, more than 5 million still remained unvaccinated and without an appointment.

The good news is that new cases “are definitely on the decline,” which Park said is the “impact of vaccinations. As the country plans to move on to a new phase of “living with COVID-19” in a few weeks, the government response will shift focus from “managing all cases to just those that are severe enough to require hospitalizations,” she added.

The ministry had said that Korea’s health care systems could respond to around 3,000 patients being diagnosed a day, as at-home care expands to mildly or asymptomatically sick patients without medical condtions.

Dr. Jung Jae-hun, a preventive medicine specialist and the newly minted COVID-19 adviser to the prime minister, said in a phone call Wednesday that reducing the fatality rate further than it is now seemed “uncertain.”

There were two main ways to lower deaths, he said. One is pharmaceutical interventions such as vaccines and treatments, and the other is social distancing and personal hygine practices. The latter was expected to be rolled back as the country plans to “live with COVID-19,” and vaccines would soon be the only defense.

But at-risk groups in Korea have already been vaccinated, Jung said, and “booster” vaccinations that have begun rolling out last week for older adults and others with immunocompromising conditions were “not expected to lead to a significant drop.”

Asked how low the fatality rate might need to be in order for COVID-19 to become “manageable,” he said that it was “a matter of what we decide to deem as acceptable.”

“At this point, it’s a question of how much harms from COVID-19 we are willing to accept as a society, when measured against the socioeconomic costs of the ongoing restrictions to contain it,” he said.

Catholic University of Korea’s emeritus professor of microbiology Dr. Paik Soon-young said the increase in deaths this month was attributable to the surge in September which peaked at record 3,270 cases. “It takes two weeks from diagnosis to intensive care hospitalization, and then about two to three weeks from hospitalization to death,” he explained.

Paik said the case-fatality of around 0.35 percent for COVID-19 was about 3.5 times higher than that for the flu.

“So COVID-19 is a much deadlier infectious disease than the flu,” he said. Until easily prescribable, oral drugs become widely available, he said that COVID-19 was “not going to become manageable like the seasonal influenza is.”

By Tuesday’s end, 78 percent of the country’s 51 million population had received at least their first dose, while 66 percent had been fully vaccinated, either with a one-dose Johnson & Johnson vaccine or two dose vaccines from AstraZeneca, Pfizer or Moderna.

Wednesday’s cases rose by 498 from the day prior to 1,571. For the past week an average of 1,479 cases were logged each day, down from the seven-day average of 2,073 cases seen in the first week of October.