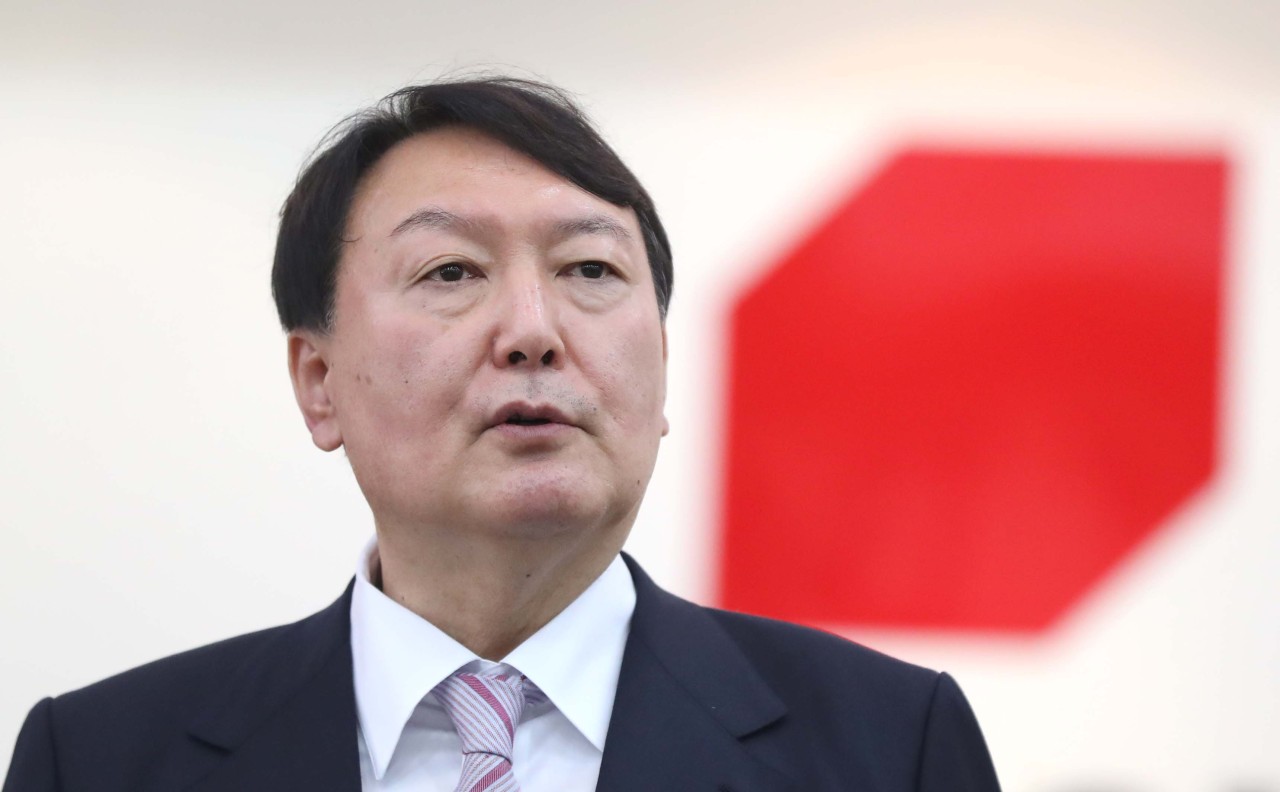 Presidential hopeful Yoon Seok-youl (Yonhap)
Yoon Seok-youl, a leading presidential contender for the main opposition People Power Party, on Wednesday hastened to provide an explanation for his remarks that seemed to defend former President Chun Doo-hwan, after rebukes from both within and outside his party.

A day earlier, Yoon visited a party member council in Busan and said there were many people who say Chun “did well in politics” except for the “military coups” and what he did on May 18, referring to the Gwangju Uprising in 1980 when he brutally cracked down on protestors who demonstrated against the junta.

When it came to state administration, he explained, Chun let experts do their jobs because his military experience taught him how to manage an organization.

As Yoon’s remarks immediately drew criticism from across both ruling and opposition parties, he reiterated his intention on his Facebook account the following day.

“What I wanted to say yesterday was that when I become president, I would use experts in each field to show their capabilities,” he said.

“(If elected) I will systematically operate state affairs without controlling everything by allowing outstanding talents in each field to demonstrate their abilities and skills fully.”

He went on to say that during Chun’s dictatorship, he was a college student and served as a judge in a mock trial. There, he sentenced Chun to life imprisonment. He added, “My sense of history remains unchanged then and now.”

Despite the clarification, Yoon remained under criticism.

Song Young-gil, leader of the ruling Democratic Party of Korea, said at a meeting Wednesday, “We confirmed that the political view (of Yoon) resembles Chun Doo-hwan like twins.”

They said, “This is a remark that should never be said to the May 18 victims and their families who are still living, and to the Korean people, who have common sense.”

They demanded the People Power Party take responsibility, apologize and take measures to prevent a recurrence.

Rep. Hong Joon-pyo, another strong contender from the People Power Party, said Yoon destroyed the status and reputation of the party with absurd remarks, adding he is suspicious of Yoon’s qualifications as a presidential candidate.

Won Hee-ryong, former governor of Jeju Island and another presidential candidate from the same party, said, “Yoon’s perception that Chun did nothing wrong other than military coups and May 18, not only threatened fairness and justice, but also forgot the constitutional spirit.”

Another contender, a spokesperson for Yoo Seong-min said in a commentary, “The People Power Party has sincerely approached people in Honam to break regional conflicts and be reborn as a national-based political party, and knelt and apologized for the wrong history.

“Yoon, who seriously insulted Honam, made all of the efforts and sincerity a lie.”

Yoon is currently the front-runner with the highest approval rating from the People Power Party, competing overall against Gyeonggi Province Gov. Lee Jae-myung, the final candidate of the Democratic Party.

According to the latest survey conducted by the Korea Society Opinion Institute on 1,003 men and women over the age of 18 nationwide Oct. 15-16, Yoon slightly beats Lee, who recently has been mired in property speculations, in a two-way race. Yoon had 37.1 percent support in a race against Lee with 35.4 percent support.