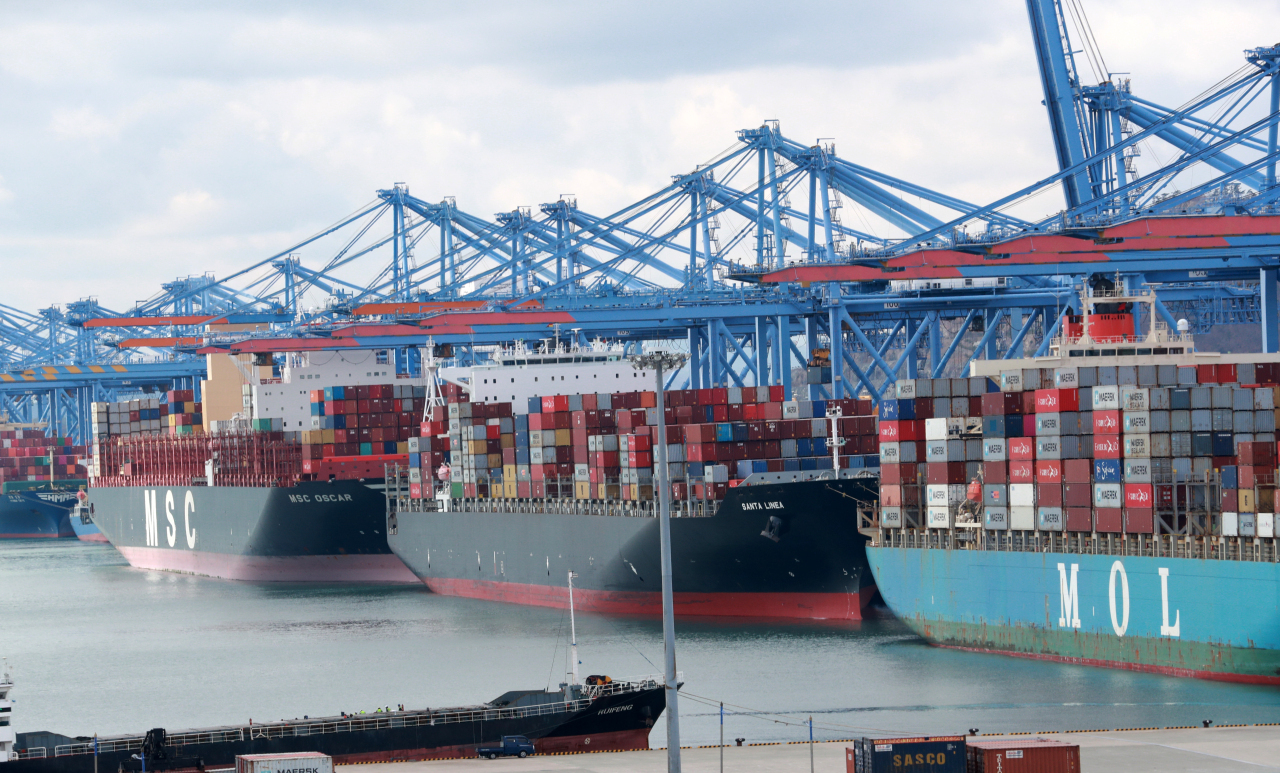 This file photo shows ships carrying containers docked at a port in South Korea's southeastern city of Busan. (Yonhap)
Once the US Federal Reserve begins to pull back next year the stimulus they have provided during the pandemic, it could slow South Korea’s exports to emerging economies that are fiscally fragile, a state-run think tank has warned.

A report by the Institute for International Trade under the Korea International Trade Association showed that the US “tapering” after global financial crises in the past increased uncertainties in emerging economies and affected Korea’s exports to these markets.

Emerging markets’ share of global trade continued to rise from 26.1 percent in 2002 to 40.8 percent in 2014, but has remained at around 40 percent since the US began tapering in 2014, according to the report titled “The impact of US tapering on emerging economies and our exports.”

The “fragile five” -- Brazil, India, Indonesia, South Africa and Turkey -- were hit especially hard. With interest rate hikes in 2015, these countries’ imports fell 10 percent from a year ago and another 18 percent in 2016.

As the emerging economies’ demand for imports shrank, their share in Korea’s exports also dropped from 54.7 percent in 2013 to 53.3 percent in 2016.

However, considering that China, Vietnam, Taiwan, India and Mexico account for about 75 percent of Korea’s exports to emerging markets, even if the US tapering leads to less exports to some emerging economies, its impact on total exports will be limited, the report said.

If the US dollar remains strong ahead of tapering, it will increase the burden on Korean manufacturers that import raw materials, the prices of which are already soaring, according to the report.

“With high inflation worldwide including the US, the tapering clock is ticking faster than expected,” Hong Ji-sang, a researcher at KITA said.

“We need to closely monitor the direction and speed of tapering including (the results of) the Federal Open Market Committee meeting, and minimize risk through credit checks of buyers in emerging economies with high financial risk.”