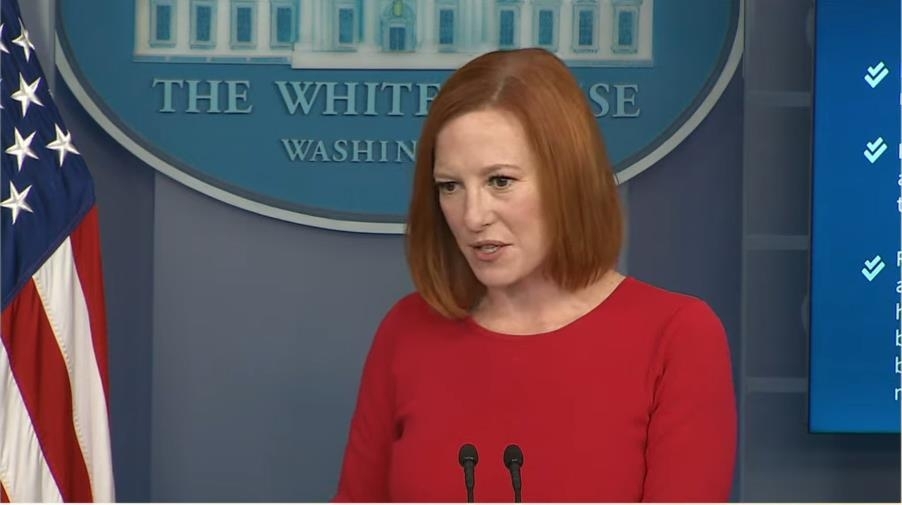 North Korea fired what appeared to be a submarine-launched ballistic missile on Tuesday (Seoul time), marking its eighth missile test so far this year.

"These launches also underscore the urgent need for dialogue and diplomacy. Our offer remains to meet anywhere, anytime without preconditions," the White House Press Secretary told a daily press briefing.

"We call on the DPRK to refrain from further provocations and engage in sustained and substantive dialogue," she added, referring to North Korea by its official name, the Democratic People's Republic of Korea.

North Korea remains unresponsive to US overtures. It has also stayed away from talks with the US since early 2019.

Psaki reaffirmed the US' commitment to working with its allies while also reiterating US commitment to the defense of South Korea and Japan.

"Our commitment to the defense of the Republic of Korea and Japan remains ironclad," said Psaki, referring to South Korea by its official name.

Her remarks came after US Special Representative for DPRK Sung Kim met trilaterally with his South Korean and Japanese counterparts in Washington earlier in the day.

"So we remain prepared to engage in diplomacy with the DPRK, and also, of course, to work closely with our allies and partners on addressing this as it proceeds," the White House press secretary said. (Yonhap)