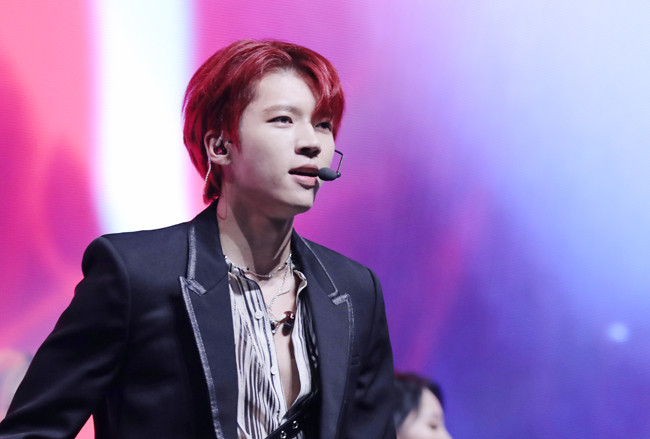 It has been almost 2 1/2 years since he left to serve his military duty as a social service agent.

“I might be slightly nervous since it’s been a while, but I’ve put a lot of effort into this album,” said the singer. For the last three weeks, he had trouble sleeping, he confided, thinking and worrying too much. Even though he did not completely stop dancing, he was frustrated on the first day of learning new choreography.

But the result is an album that maximizes his strength. He described himself as more calm and methodical as a solo musician, while as a part of Infinite he has been known for his range of vocal capabilities.

“Through this album, I might be able to go beyond,” he said.

“Isn’t it time for me as a solo singer to reach my prime?” 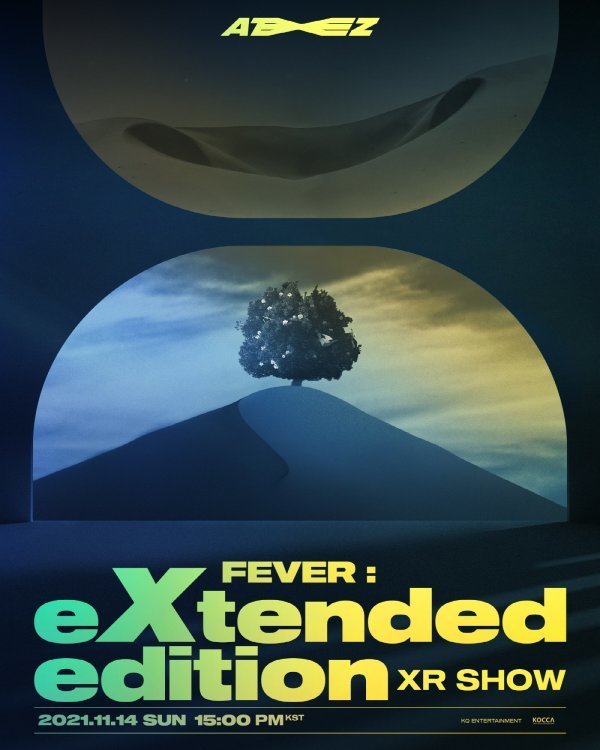 (Credit: KQ Entertainment)
Ateez announced the group will host a digital concert on Nov. 14, in time for the upcoming anniversary of its official fandom, Atiny.

A poster bearing the title of the show -- “Ateez XR Show (Fever: eXtended edition)” -- as well as the date and time, featured a “cromer,” an hourglass that plays a key role in the band’s narrative. It is a tool that delivers messages through dreams and also serves as a portal through which it can move between dimensions. Inside the cromer is a tree, a recurring object in its three-part “Fever” album series.

The concert will make use of extended reality technology and intertwine the performances and videos for more dramatic storytelling, according to the management company.

The eight-member band rolled out its seventh EP, “Zero: Fever Part 3,” last month, landing atop iTunes top albums chart in 43 regions and worldwide iTunes albums chart. It also entered the Billboard 200 at No. 42, a first entry for the group. 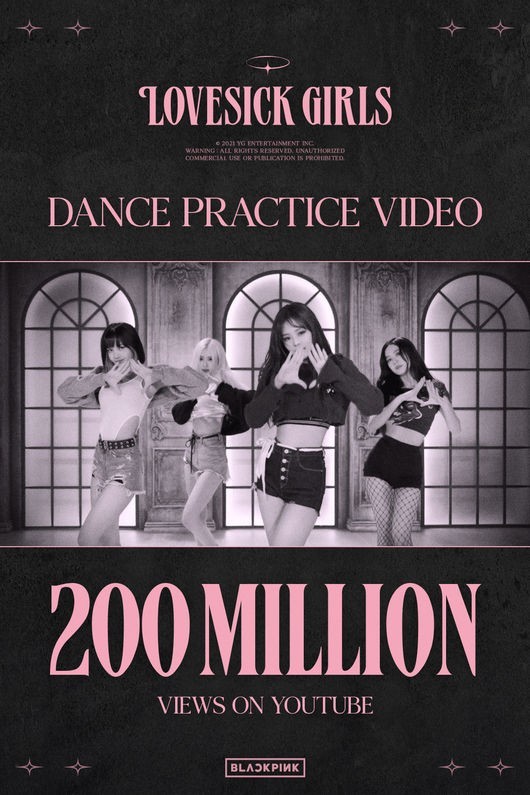 The video for the lead track from the band’s first studio album -- “The Album” -- was uploaded about one year ago, and is its eighth choreography video to reach the milestone. The quartet has 32 videos with more than 100 million views on the platform.

“Lovesick Girls” debuted at No. 59 on the Billboard Hot 100 and the LP topped iTunes albums chart in 57 regions. The LP was the first million-selling album by a K-pop girl group, with over 1.3 million copies sold.

Meanwhile, the official music video for “Lovesick Girls” is closing in on 500 million views. 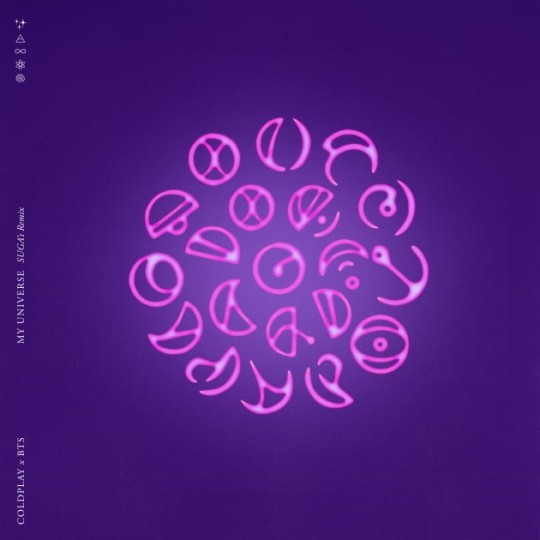 (Credit: Big Hit Music)
A remixed version of the Coldplay and BTS collaboration “My Universe” was unveiled Tuesday.

“We’re so grateful to SUGA for this glorious mix. A BRILLIANT producer on top of everything else,” tweeted the British band.

“I am really glad that I could work together with Coldplay who I’ve been a fan (of) since I was young, and am honored to participate in rearranging it,” said Suga.

The remix was born from a conversation the musicians of the two bands had over lunch when they got together recently in New York.

“My Universe” is a track from Coldplay’s ninth full album, “The Music of the Spheres,” which came out on Friday. The song topped the Billboard Hot 100, becoming the first group collaboration to hit No. 1 on the chart. It also was a chart-topper in digital song sales and the hot rock & alternative songs chart.