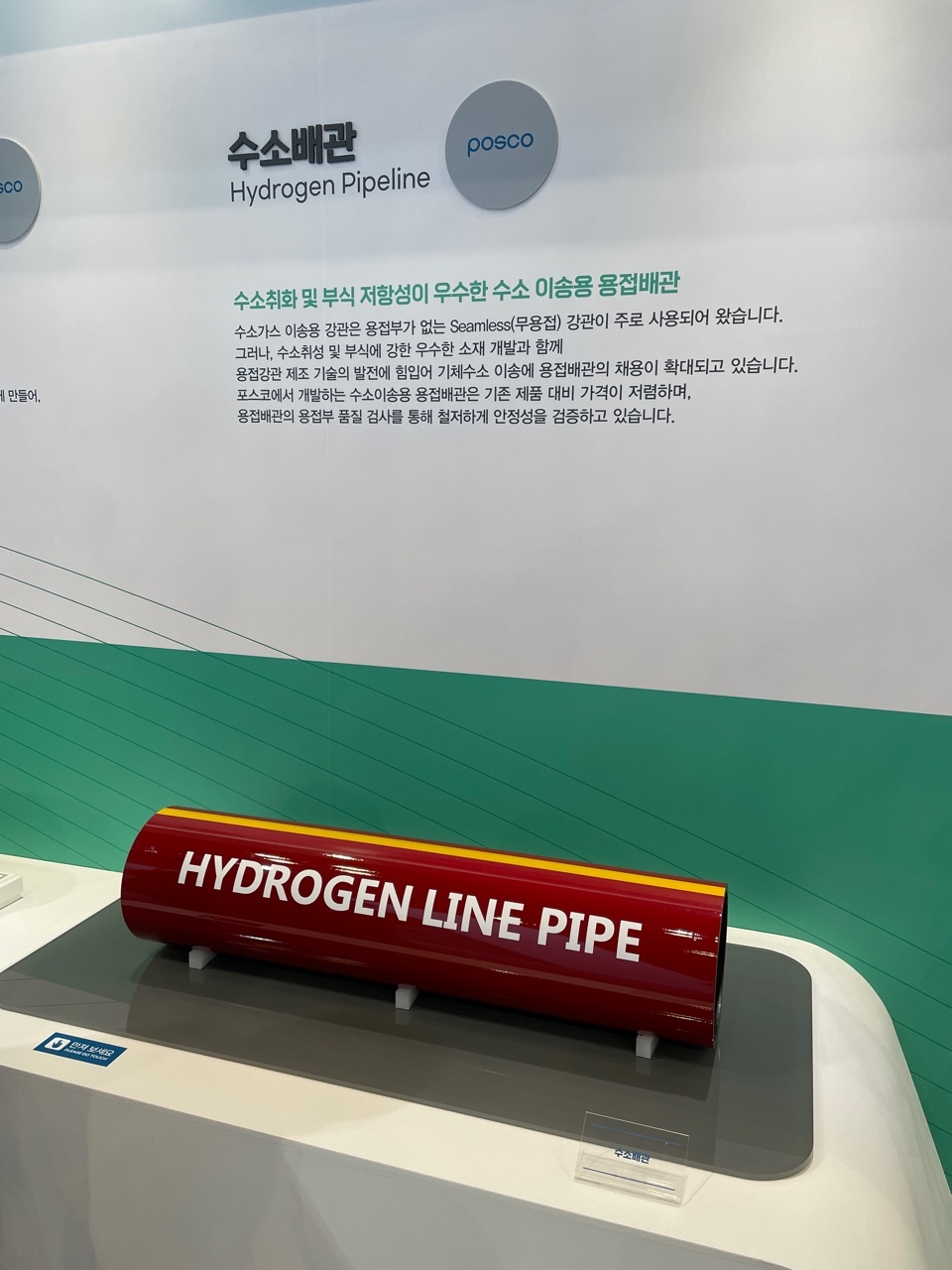 Posco’s new hydrogen pipeline is displayed in the H2 Mobility+Energy Show held at Kintex in Ilsan, Gyeonggi Province, from Sept. 8 to 11. (Posco)
South Korean steelmaker Posco has succeeded in locally producing special steel pipes for hydrogen transportation and will supply them for the first time to the city of Ansan, Gyeonggi Province, the company said Tuesday.

Until now, South Korea has relied on imported, small-caliber seamless steel pipes with a width about 15 centimeters for hydrogen transportation.

Bigger pipes, as wide as 20 centimeters, are needed to carry the big volume of hydrogen transfer needed in the hydrogen test bed cities such as Ansan. But imported products with welded parts were always used on a limited basis for safety issues, Posco explained.

The new products from Posco are made to overcome the safety problem, can withstand temperatures as low as minus 45 degrees Celsius and are wider in diameter, the local steelmaker said.

Ansan was designated as a hydrogen test bed by the Transport Ministry in 2019, Posco said. The southern cities of Ulsan as well as Jeonju and Wanju in North Jeolla Province have also been chosen by the ministry for pilot projects to adopt hydrogen to power living facilities and public transportations there.