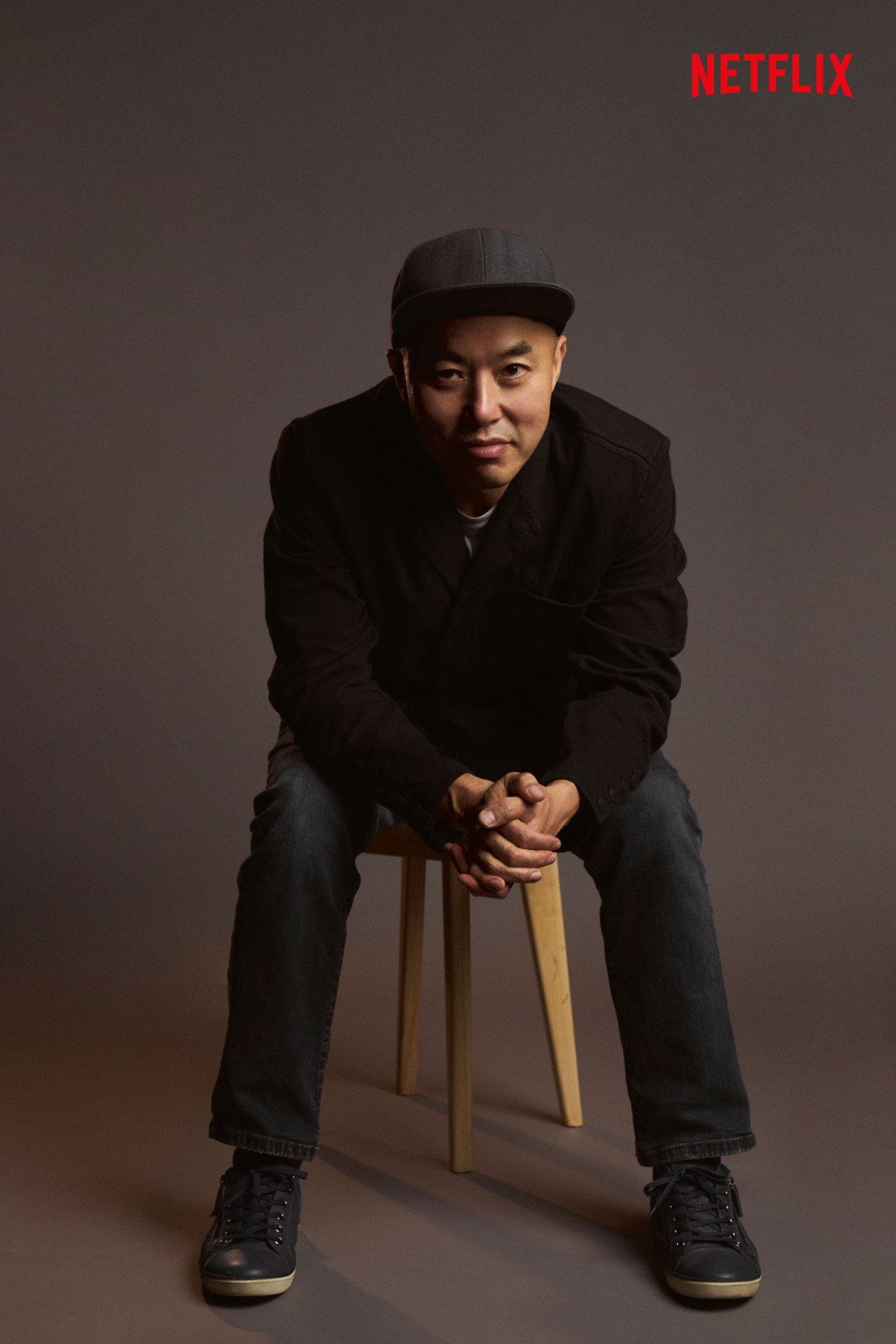 “My Name” director Kim Jin-min (Netflix)
The director of Netflix’s “My Name,” Kim Jin-min, was surprised to hear about the growing popularity of the mystery crime series.

“While I expected some questions and comments, I was surprised that the viewers interpreted my work in very creative ways, speculating on the reasons for a character’s behavior. One way or the other, all of these are a way of showing interest in the series. For that, I would like to thank all the ‘My Name’ fans,” the director said in an online interview with a group of reporters Monday afternoon.

Kim was surprised to hear that his work was popular in so many countries, including the United States, Vietnam, Saudi Arabia, Peru and Nigeria, where “My Name” has made the top five on the Netflix charts, according to the US-based streaming analytics firm FlixPatrol.

And he was well aware of the criticism directed at him for including a sex scene between the lead characters.

“I saw the comments that that scene was either unnecessary or irrelevant to the series. The screenwriter and I thought about the scene before its release. But we believed that the scene offered a chance for the viewers to believe that the lead character Yoon Ji-woo was a woman with feelings, not a revenge-driven monster,” the director explained.

The action-noir series centers on a woman who goes undercover to find her father’s killer. Working under a powerful crime boss, who was her father’s right-hand man, Ji-woo (played by Han So-hee) joins the police force as a mole under the alias Oh Hye-jin to look for clues about the death of her father. 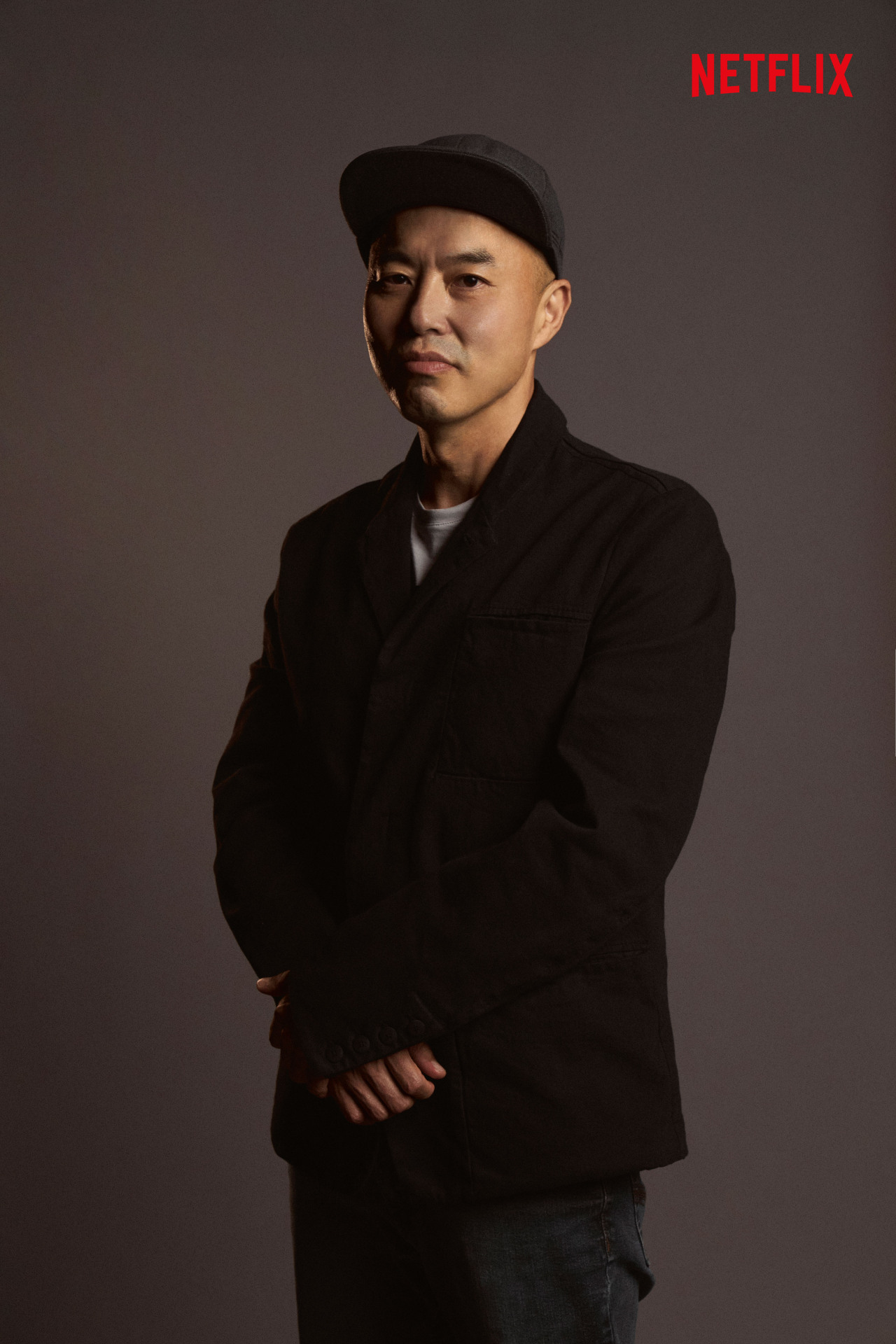 “My Name” director Kim Jin-min (Netflix)
Kim was surprised to see fans go wild over actor Han So-hee at the 26th Busan International Film Festival, where the first three episodes of “My Name” were screened before its release on Netflix.

“The fans’ love for Han was bigger than I expected. There have been action movies featuring female actors in the past. But I felt that the audiences were mesmerized by the fact that vengeance, a widely used theme for men, was displayed by a female character,” the director said.

“Han put on an outstanding performance and I think she is my boss from now on,” Kim added.

When asked if he felt any pressure since “My Name” was released so soon after the global sensation “Squid Game,” the director said he believed “Squid Game” had helped to promote his series.

“I might have to thank ‘Squid Game’ for focusing international attention on Netflix’s new Korean content,” Kim said.

The director did not forget to mention the actors starring in his series.

“This was my first time working with veteran actors Park Hee-soon and Kim Sang-ho. They continued to amaze me with their understanding of the characters and ideas for presenting them in front of the camera. I understood why they are cast in many projects and are loved by other directors,” Kim said.

Toward the end of the interview, the director said he had no idea what was planned for next season.

“I think we have to wait for Netflix and the screenwriter about ‘My Name,’ Season Two. I want to direct many other genres, but I currently have no specific plans for the future,” Kim told The Korea Herald, adding that he hoped to return with more interesting projects to excite fans.

The eight-part series stood in fourth place as of Monday among TV shows on the global Netflix chart, according to FlixPatrol.