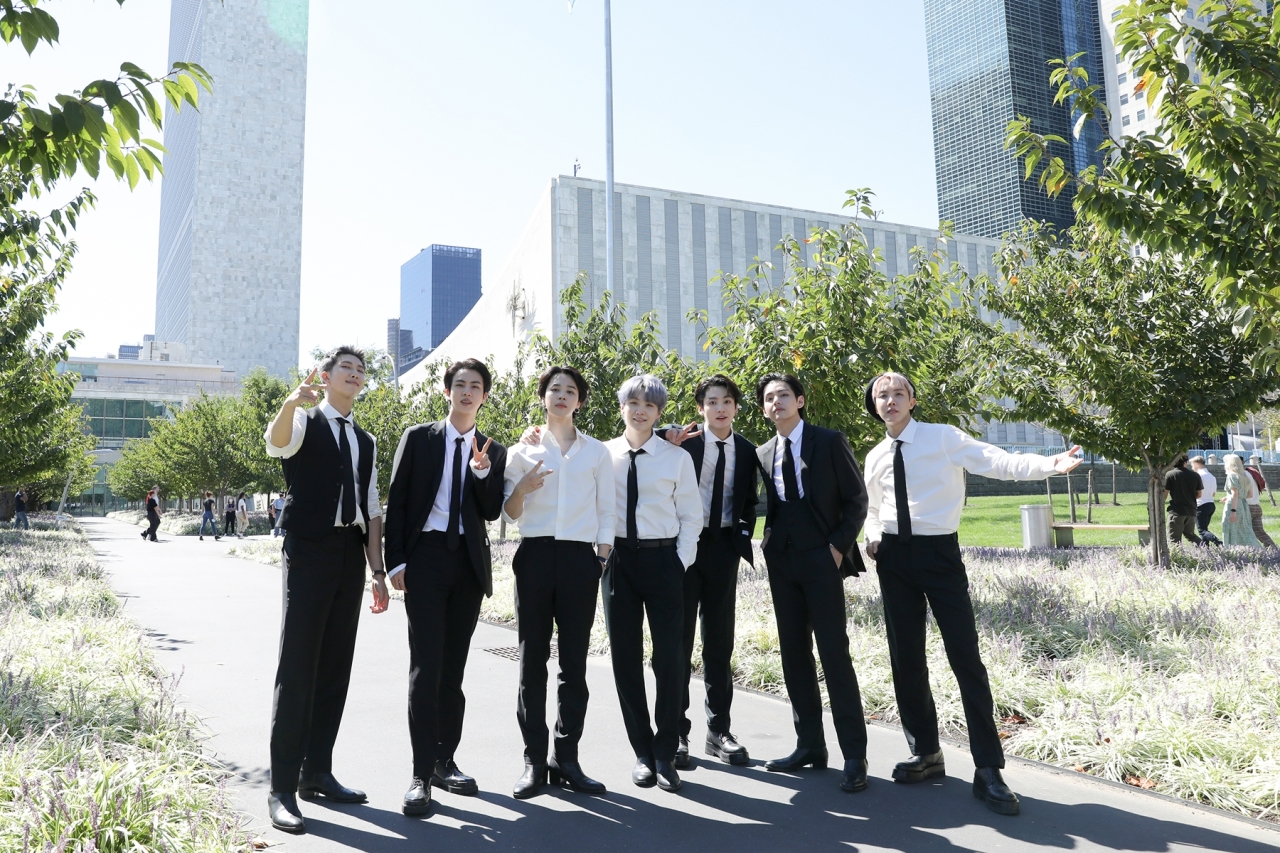 BTS poses at the UN General Assembly in New York on Sept. 20. (Big Hit Music)
K-pop sensation BTS debuted in 2013 with high-top sneakers, bandanas, shades and snapbacks. While the boy band style in the K-pop scene was all about putting on glad rags, little did the industry know the septet would be leading creative hijinks in the fashion industry.

And apart from having among the highest net worths in the South Korean A-list, the seven bandmates are also known for their tastes for adventurous fashion.

Last month, South Korean President Moon Jae-in appointed the globetrotting act to a cultural diplomacy role. And the group’s first official duty as “special presidential envoys for future generations and culture” was an appearance at the SDG Moment, the second meeting devoted to the UN’s sustainable development goals.

During the event, the band expressed support for the international community’s efforts to tackle global challenges like climate change, and what the seven wore during the speech became the talk of social media.

Although it might seem minor, the amount of impact people’s wardrobe has on the climate is quite immense, as the fashion industry emits harmful gases while lacking in proper disposal methods. The group donned upcycling suits on the podium to address the climate crisis, turning many eyes to the lingering problem.

The South Korean brand was established in 2012 and heeds upcycling fashion, referring to taking old or worn-out clothing to create new duds.

“To our surprise, Big Hit reached out to our company and asked if we (Re;Code) could come up with nature-friendly suits for BTS. The two sides were on the same page in terms of climate change as our company is a nature-friendly company, which is why we wanted to be a part of making a difference,” an official at Kolon told The Korea Herald.

During the band’s seven-minute speech, J-Hope said, “Everyone agrees that climate change is an important problem, but talking about what the best solution might be is not easy.”

Additionally, the band wore rainbow crystal Swarovski pins representing the UN’s SDGs, as the brand partnered for a sustainability fashion project in 2019.

But this wasn’t the first time BTS proved that small actions could cause an impact. Although the boy band spends much of its time overseas, they have never lost touch with their roots by spreading Korea’s culture around the globe. 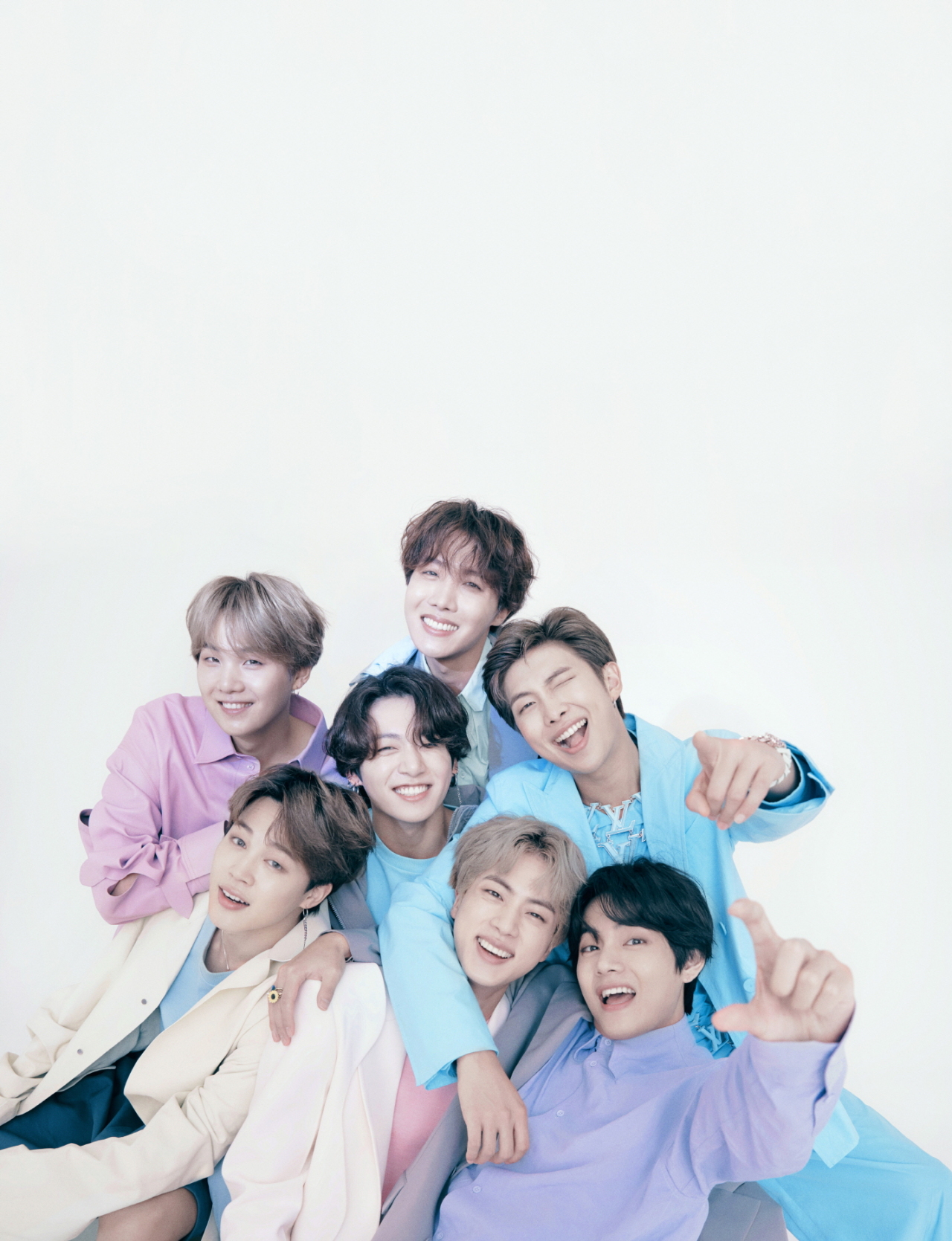 (Courtesy of Louis Vuitton Korea)
As once said by Suga and Jungkook during an interview that they want to spread Korea’s culture to the global audience -- the artists have often interwoven Korean traditions into their music and they like to wear hanbok, Korea’s traditional costume.

With the megahit song “Idol,” the K-pop superstar began spreading K-culture on a global scale.

Jam-packed with traditional elements, they revealed the aesthetics of hanbok’s beauty to the world through the group’s black hanbok lined with gold. It was also revealed later that the modern-style garments were the work of famous hanbok designer Baek Oak-soo.

Three years ago, the torchbearers for the Korean Wave wore the traditional hanbok during their 20-minute set at the 2018 Melon Music Awards. While the tune for “Idol” came on, Jimin donned a black modernized version of the garment, appearing on stage and dancing “buchaechum,” a traditional form of Korean dance using fans. Jungkook blended old and new by slipping into a pair of Nike Air Jordans.

V’s first-ever small-screen debut included hanbok as well. He participated in KBS drama series “Hwarang: The Poet Warrior Youth,” which revolved around a story set during the Silla Kingdom, in a supporting role.

Also, an unwashed hanbok worn by Jimin during a performance on NBC‘s “The Tonight Show Starring Jimmy Fallon” was scheduled to go under the hammer in April. The opening bid was set at about 5 million won ($4,480), but it was later pulled after designer Kim Ri-eul felt pressure about it being too commercialized.

And as the group gained more popularity in the global music scene, BTS started setting its sights on the fashion industry. In April, luxury brand Louis Vuitton tapped the seven superstars as its house ambassadors. 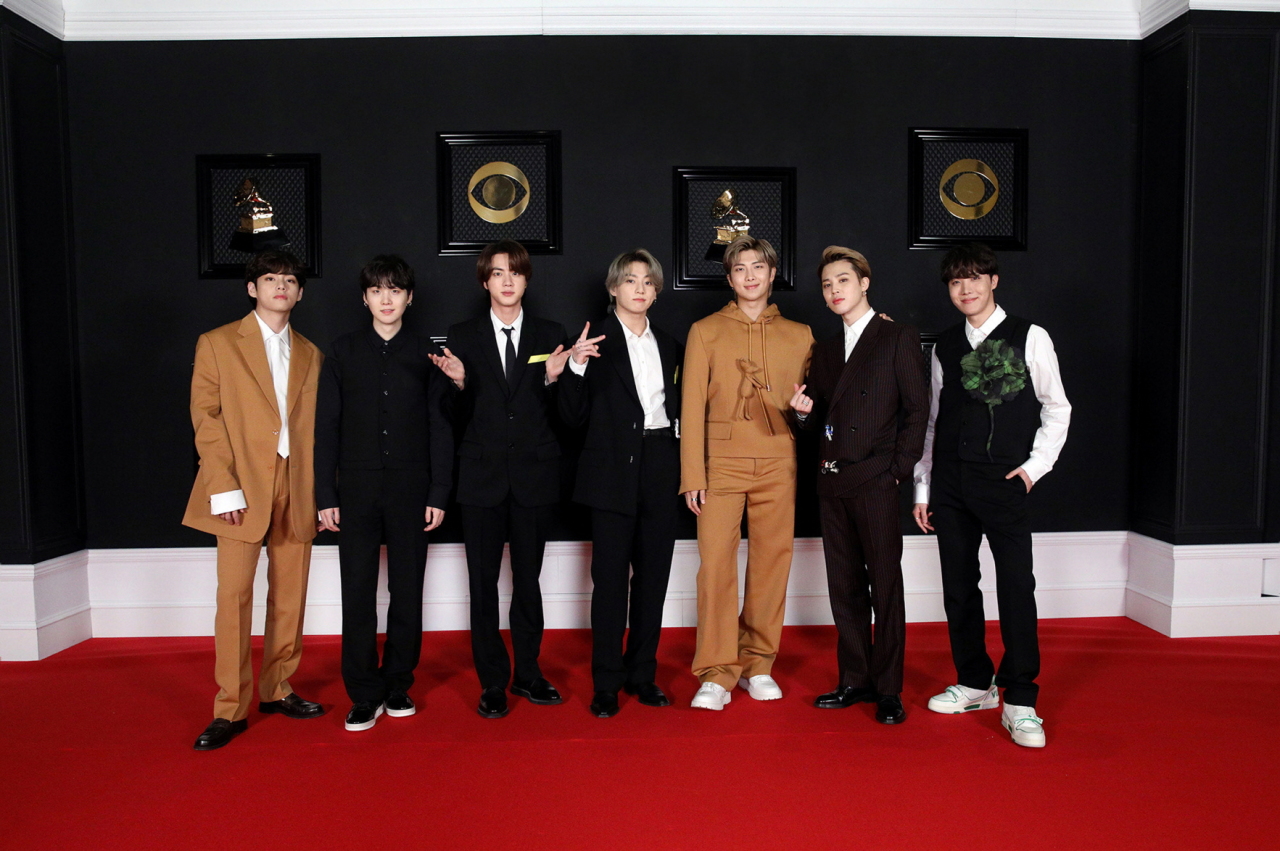 (Courtesy of Louis Vuitton Korea)
“I am delighted BTS are joining Louis Vuitton today,” Louis Vuitton men’s artistic director Virgil Abloh said as he welcomed the band to its latest roster. He expressed his excitement by speaking about how he “looks forward to this wonderful partnership which adds a modern chapter to the House, merging luxury and contemporary culture.”

The partnership with the famed atelier was no surprise because the pop icons hinted at a possible collaboration when they dressed in Louis Vuitton for the 2021 Grammy Awards. The reason was simple: BTS has maintained a vogue that matches their shared status as A-listers in the music scene.

“I can‘t wait to share all the very exciting projects we are working on,” the director added.

A spinoff fashion film for the fall-winter 2021 menswear collection, which BTS modeled, marked the first big project for the brand. 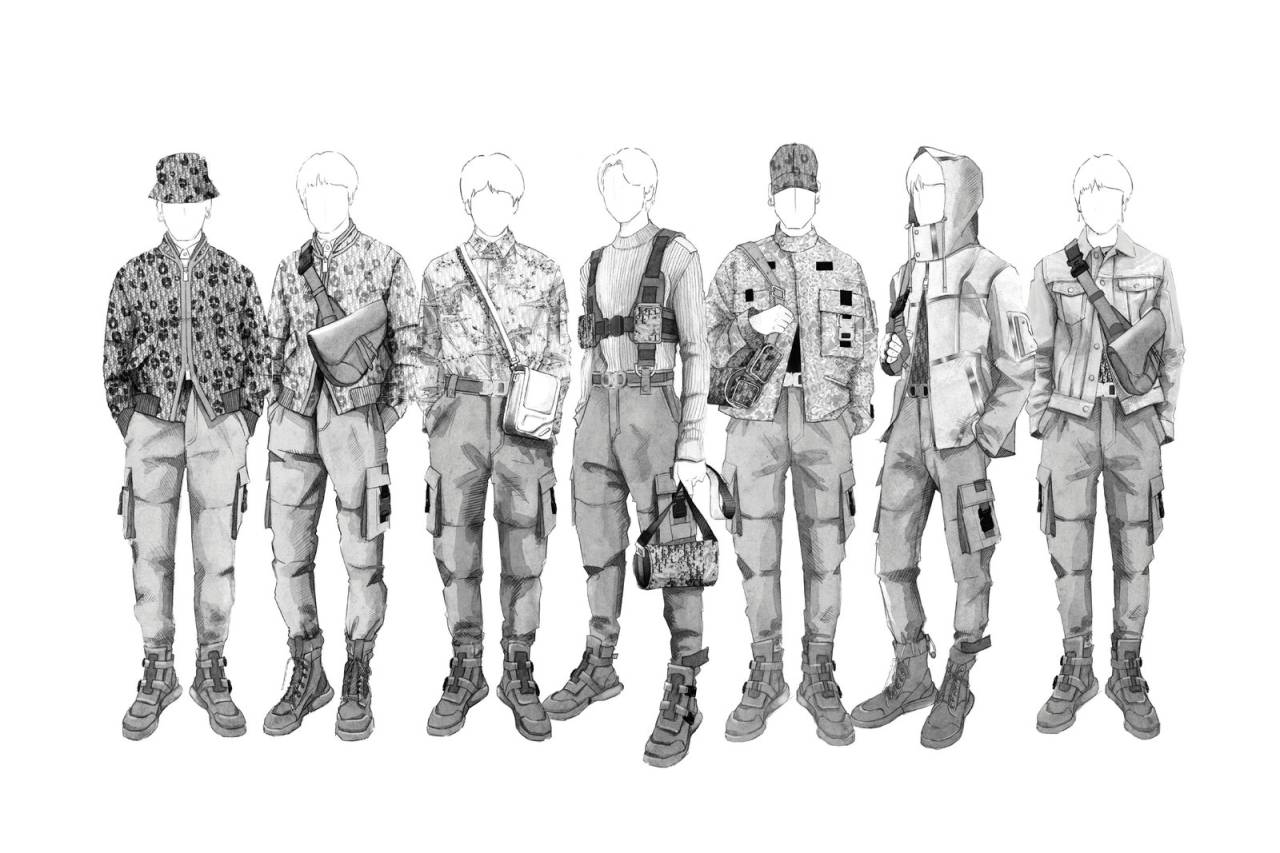