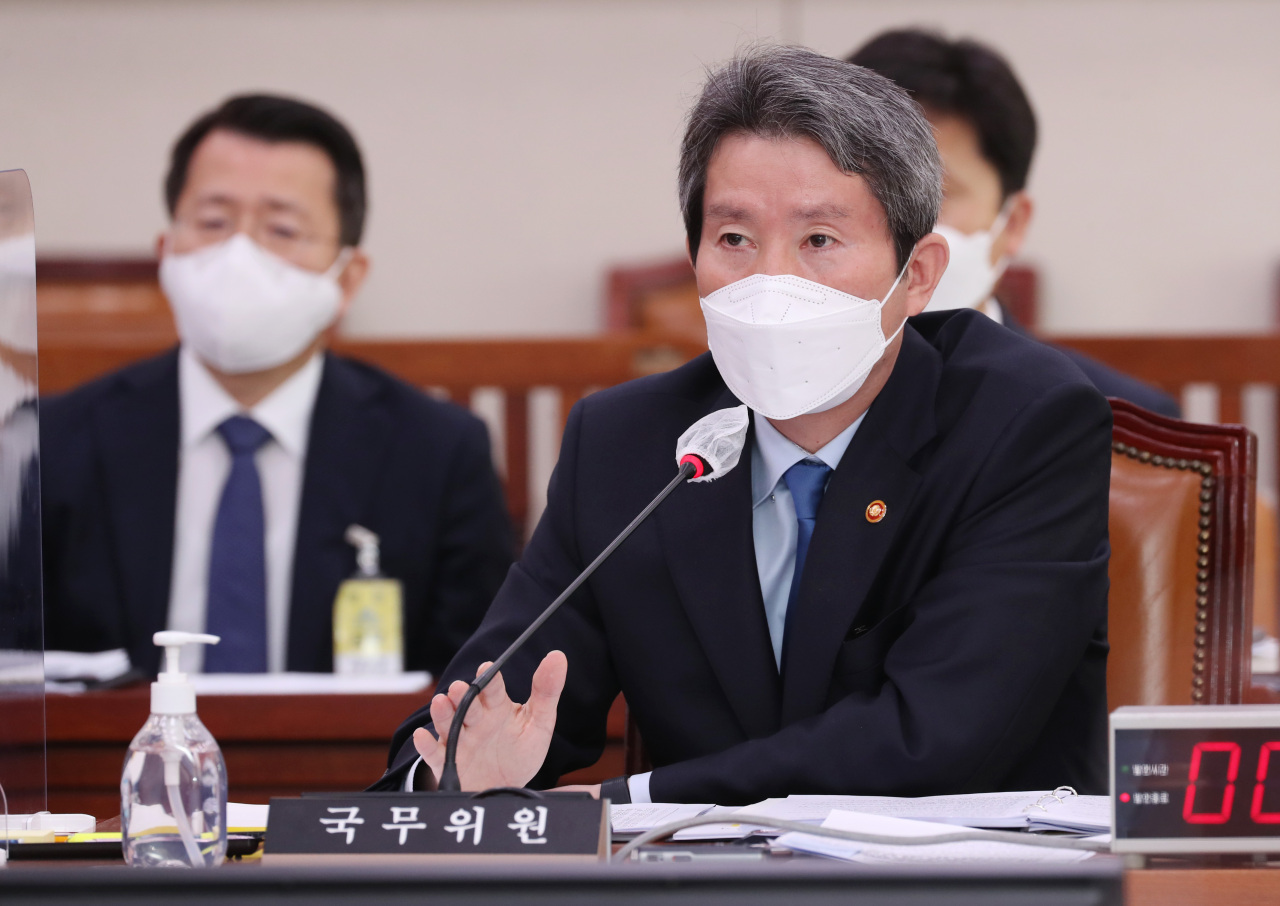 During a parliamentary audit session, Lee responded to a question on whether Seoul could accept Pyongyang’s call for an end to what it called “double standards” -- meaning the way the South characterizes the firing of ballistic missiles by the North as “provocations,” while justifying its own arms buildup.

“The issues regarding to the ‘double standard’ are something that cannot be unilaterally imposed from one to another,” said Lee. “Because this issue is related to South Korea’s self-defense, I hope we can resolve this matter through military talks (between the two Koreas),” said Lee. “Through this process, there will be areas we can accept and where we can’t.”

North Korean leader Kim Jong-un last week accused South Korea of “hypocrisy” and “double standards,” repeating earlier accusations made by his powerful younger sister Kim Yo-jong, who took issue with the South condemning the North’s weapons development tests as “provocations” and “threats” while building up its own military capabilities and purchasing high-tech weaponry from the US.

The North has repeatedly said it is willing to resume inter-Korean talks, if the South ends “hostile policies” and “double standards.”

Foreign Minister Chung Eui-yong was asked a similar question earlier this month: whether Seoul would agree to Pyongyang’s demand for an end to “double standards.”

Chung said the demand was Pyongyang’s unilateral claim, which was not desirable.

At the parliamentary session, Lee also said North Korean leader Kim Jong-un’s public messages on the US had increased recently and had become more detailed. He said there was a need to watch closely for the North’s next move.

Lee urged an “active response” so that the situation could be managed through dialogue and engagement, not military tension.

Early this month, the inter-Korean hotlines were restored, about two months after Pyongyang unilaterally cut off contact in August, raising cautious hopes of an inter-Korean rapprochement.

“The two Koreas have many different stances, but as the hotlines are restored, we will work on establishing the (inter-Korean) videoconference system and resolve differences through dialogue,” he said.

Lee also talked about the prospect of providing COVID-19 vaccines to the North.

“The possibility of (provision) is growing as there is a certain social consensus among our citizens, and (Korea) is reaching a stage of securing enough (vaccines),” said the minister. “But on the other side, North Korea’s position on the receiving end is quite important as well.”

Lee added that South Korea and the US’ plans to provide humanitarian aid to the North, has made some quite specific progress.