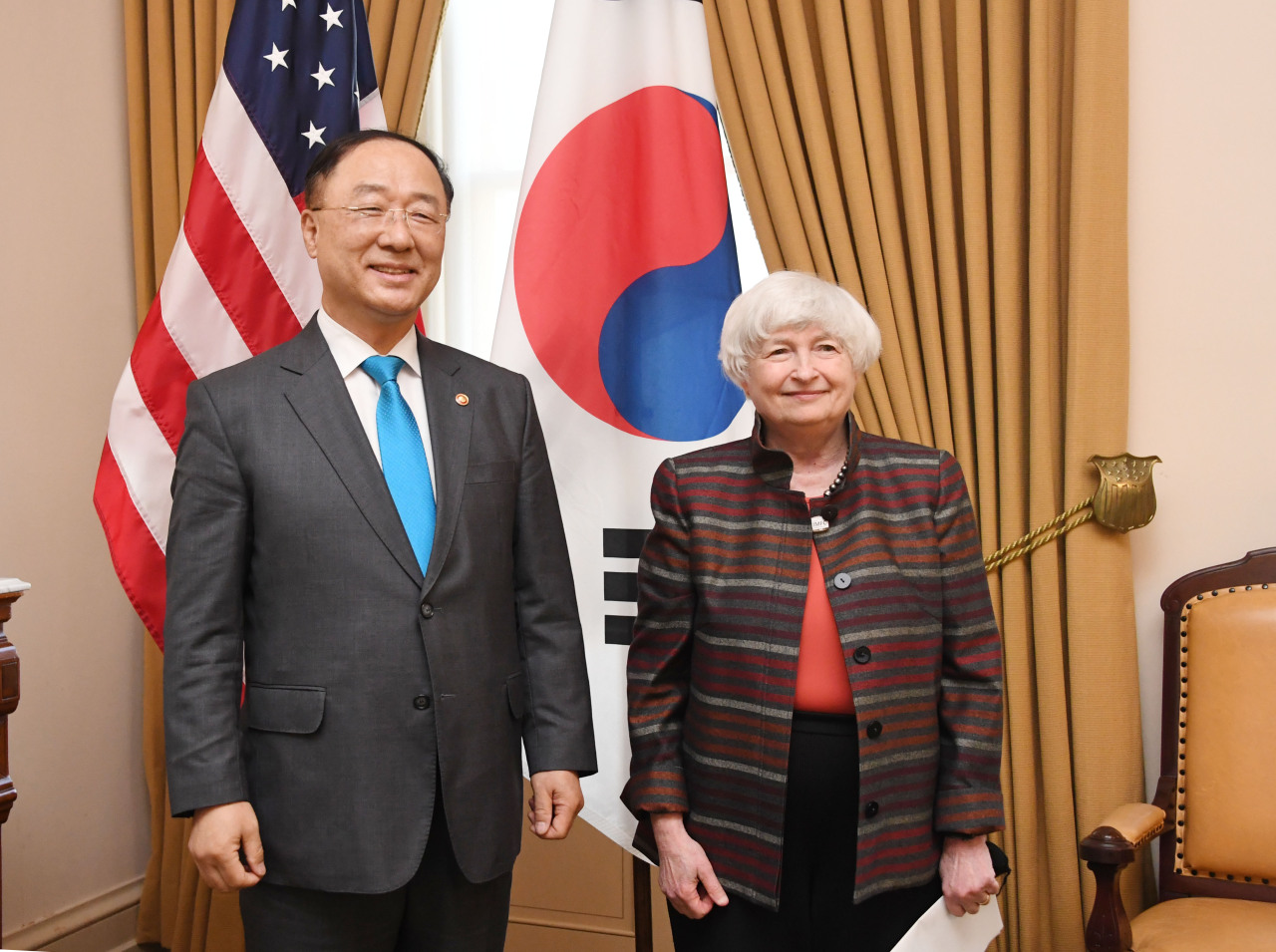 Hong said, “We do admire the US government’s attempt to resolve global competition to secure a foothold for supply chains,” but at the same time relayed Korean chipmakers’ concerns about sharing private information.

The US Department of Commerce recently asked global chipmakers, including Samsung Electronics and SK hynix, to hand over information on inventories, sales figures, lists of their three biggest customers and other details by Nov. 8 to “help improve trust and transparency within the global supply chain” amid the chip shortage.

Global chipmakers have blasted the US government over the matter, insisting their competitiveness would suffer if sensitive business information were leaked to rivals, according to market insiders.

Hong stressed that Korea and the US should work together through the bilateral supply chain cooperation channel that was established in May.

The two also agreed to continue cooperating on the global digital tax issue and the Iranian funds frozen in Seoul.

To deal with the COVID-19 pandemic and address global health care governance, they decided to establish a new communication channel led by the two countries’ health and finance ministers.