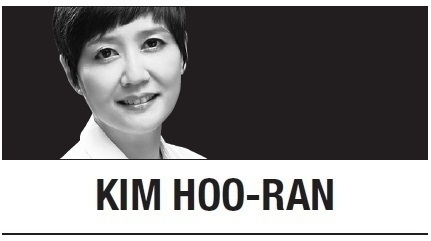 On a recent Sunday morning, I went for a leisurely stroll at Seooreung, a Joseon royal tomb in Goyang, Gyeonggi Province, just outside Seoul.

Entering the compound of five royal tombs, my husband mused about his elementary school field trips to Seooreung. Pointing to the huge mound on which the twin tombs of King Sukjong and his second wife sit side by side, he said the kids would run up the mound and then roll down. Korea in the ’70s did not have many grass fields and there were signs on grass telling people to “Keep off.” I could imagine the delighted squeals of school children as they rolled down the plush mound. “Didn’t the guards stop you?” I asked, thinking it awfully disrespectful to the dead kings and queens to make a playground of their final resting place. “Nope, not at all!” my husband said.

The visit was prompted in part by another Joseon royal tomb that was the news. The building of high rise apartments near Jangneung in Gimpo, Gyeonggi Province, was halted by a court order following the Cultural Heritage Administration’s complaint that three construction companies were in violation of a cultural property protection law. A 2017 revision to the law requires permission from the CHA when building structures over 20 meters tall within a 500-meter radius of a designated cultural property.

Seooreung and Jangneung are among 40 royal tombs of Joseon located in South Korea that were listed as UNESCO World Heritage Sites in 2009.

With many of the royal tombs located in Seoul and its immediate vicinity, pressure for development has put several of the UNESCO heritage sites at risk of becoming victims of large-scale housing developments.

Another recent controversy involved development of a large-scale housing complex near Taeneung and Gangneung in Seoul.

In response to the escalating apartment prices, the government announced building of more than 10,000 apartment units where the Taeneung Country Club is currently located.

The plan was a supreme irony. In order to get the royal tombs listed as UNESCO World Heritage sites, the government had relocated the Taeneung Athletes’ Village in the vicinity of the tombs upon the advice of UNESCO. The goal was to preserve the original form and view of the Joseon-period tombs.

Faced with fierce opposition from residents of the area, the government reduced the size of the development to 6,800 units. It goes without saying that in designing the apartment buildings, the utmost care must be taken to ensure that the cultural heritage site is not negatively impacted by the development.

The Seooreung that I visited is not safe from the invasion of high rise buildings. In 2018, the government announced a plan to build 38,000 units nearby for the Changneung new town. From a high point in the tomb compound, the tops of existing high-rise apartment buildings far off were visible to the naked eye. The presence of a huge housing development near the tombs, with some reported to fall within a 500-meter radius of Seooreung, would undoubtedly drastically alter the view and the atmosphere of the royal tomb grounds.

That Sunday morning at Seooreung, I saw future entomologists, young boys looking for insects. A small group of women practiced yoga in the warm sunlight and an amateur photographer set up a tripod in front of a tomb. A young couple pushing a stroller and three generations of a family, with grandchildren running about, all enjoyed their day out.

The royal tombs are not only monuments of the past, but are also a place for the present generation to enjoy them in different ways and gain first-hand knowledge of history. They are a precious heritage that generations to come should also be able to appreciate and enjoy as we do today.

Kim Hoo-ran is a culture desk editor at The Korea Herald.—Ed.