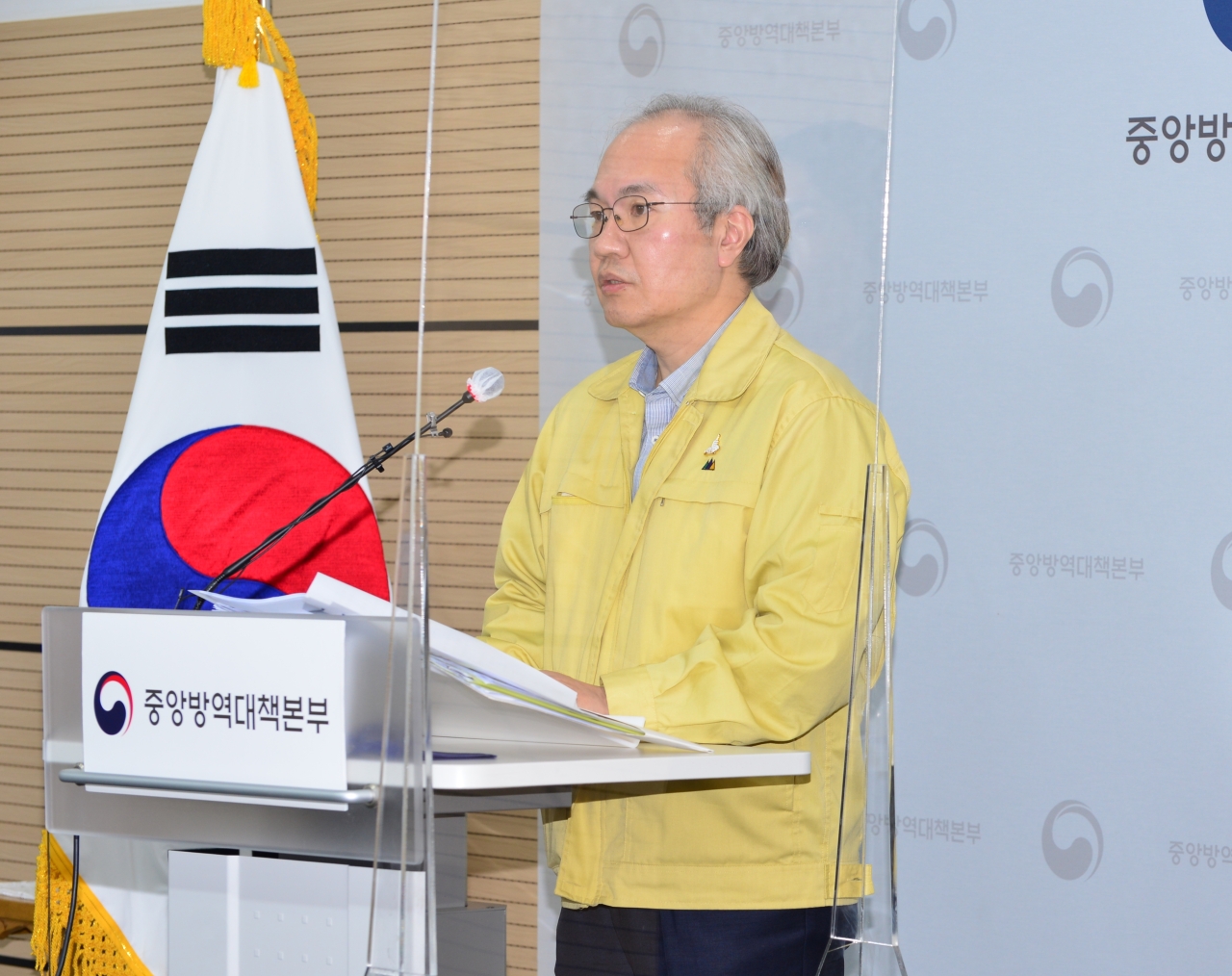 Kwon Jun-wook, the director of the Korea National Institute of Health (KNIH)

Kwon Jun-wook, the Korea National Institute of Health’s director, said Thursday that he sees a full vaccination rate of 85 percent as the threshold for defeating COVID-19’s delta variant, even without wearing face masks and other social distancing restrictions in place.

During a televised briefing, Kwon said, “An 85 percent fully vaccination rate roughly translates to an 80 percent herd immunity, by which point, theoretically, even the delta variant can be beaten without the need for face masks, gatherings ban or other public health interventions.”

He went on, “With the pace of vaccinations accelerating, Korea is now at a pivotal moment in the pandemic’s course where plans to restore normal life are finally beginning to materialize.”

He said that the high full vaccination coverage -- more so than “any other contributing factors, such as intensive social distancing and decline in movements” -- was “the most powerful inhibitor” that was behind the downward trend in case numbers.

“The improvements in the pandemic metrics can be explained by vaccination rate alone,” he said.

Kwon then cited Dr. Anthony Fauci, director of the US National Institute of Allergy and Infectious Diseases, in pinpointing the likely threshold against delta during the briefing.

“Dr. Fauci once has referred to 85 percent as the full vaccination target,” he said.

In a phone call with The Korea Herald after the briefing, however, Kwon said he would like to retract his Fauci reference, clarifing that the US infectious disease expert had made the 85 percent remark before delta's emergence.

“Based on delta’s reproduction number of five, 80 percent herd immunity is calculated to be the threshold for warding off even the highly contagious variant,” he explained.

“I said 80 percent herd immunity would be achieved if about 85 percent of the population are fully vaccinated because the vaccines are not 100 percent effective against infection. The vaccines are about 94 to 95 percent, at least over 90 percent, effective -- even AstraZeneca, which is believed to have a lower protection.”

He stood by the rest of his comments that a full vaccination rate of 85 percent would “give Korea the theoretical evidence to move on to normal life.”

Asked if hitting that milestone meant people could get out of masks and abandon social distancing, he replied, “Theoretically that should be possible, but whether that is actually executed in policy is a separate matter. That would need to be debated out, which is why the government set up the committee (for restoring normal).”

In exiting the pandemic, which will be a phased process, Korea would first ease restrictions on social activities, and then personal hygiene practices such as mask wearing next, he said.

“We need to get over the pandemic someday. We can’t keep masking and social distancing forever, which is why we’re now trying out the new ‘live with COVID-19’ strategy,” he said. “That is where we will be heading eventually, but probably not as soon as we hope.”

By Thursday 61 percent of 51 million people in Korea were fully vaccinated.