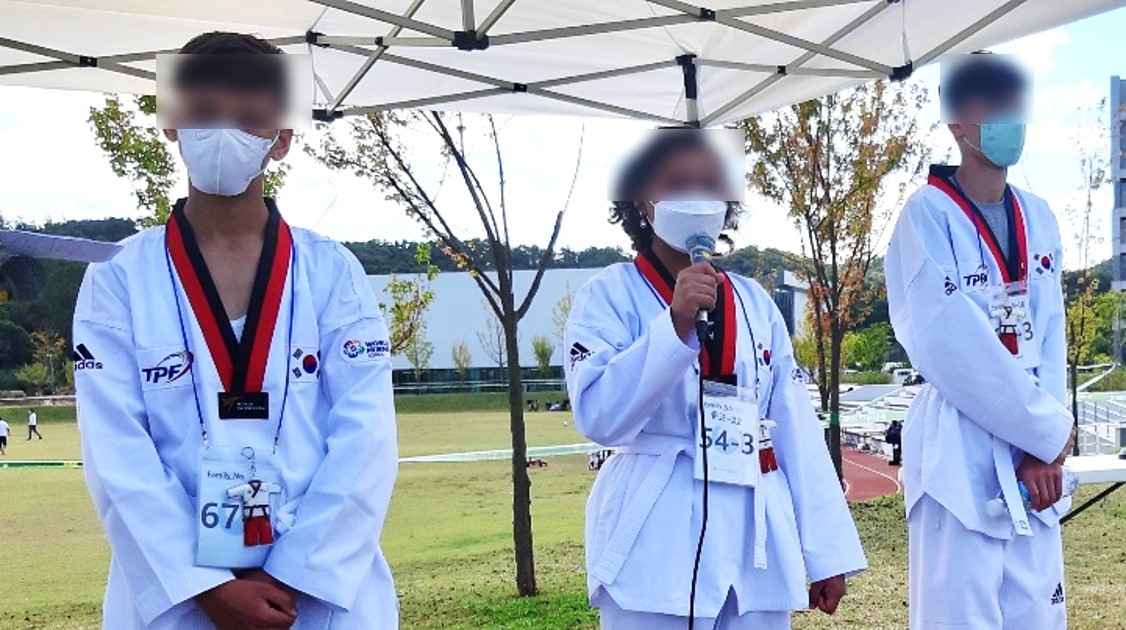 
JINCHEON -- Clad in a taekwondo uniform, a 13-year-old Afghan girl says she is happy with her newfound freedom in South Korea.

She can participate in all sorts of social activities, which were limited only to boys in her home country, and is glad she can do taekwondo without wearing a hijab.

“I want to learn Korean and work here,” she told reporters at a press briefing organized by the Ministry of Justice.

Another evacuee, a 15-year-old boy, hopes to make Korea his new home, saying he now feels secure and satisfied.

“If I can get permanent residency, I want to think of (Korea) as my country and live by helping Koreans,” he said.

Another 15-year-old boy wants to learn Korean, go to university and become a doctor to “help Koreans.”

On Wednesday, the three teenagers who are housed at the government facility in Jincheon, North Chungcheong Province, shared stories about opening a new chapter in their lives after being resettled here.

The three, who asked to be anonymous for safety reasons, were among 391 people who came to Korea on Aug. 26. The Korean government flew them out of Afghanistan over fears of Taliban retaliation, having worked in South Korean projects in the war-torn country.

During their six-month stay at the National HRD Institute in Jincheon, the government provides diverse programs for them on integrating into Korean society that will help them to support themselves.

They learn a wide range of topics from the Korean language, local etiquette, community rules, such as recycling, to consumer policies and gender equality.

The Afghans have received long-term residence visas (F-1) from the government. After their temporary adjustment period ends, the ministry plans to issue F-2 visas that would permit them to work in Korea so the Afghan citizens can become independent and self-reliant. However, the law needs to be revised to grant this visa status, and such preparations are already underway.

The group of refugees consists of 156 adults, 195 children and 40 infants and toddlers. 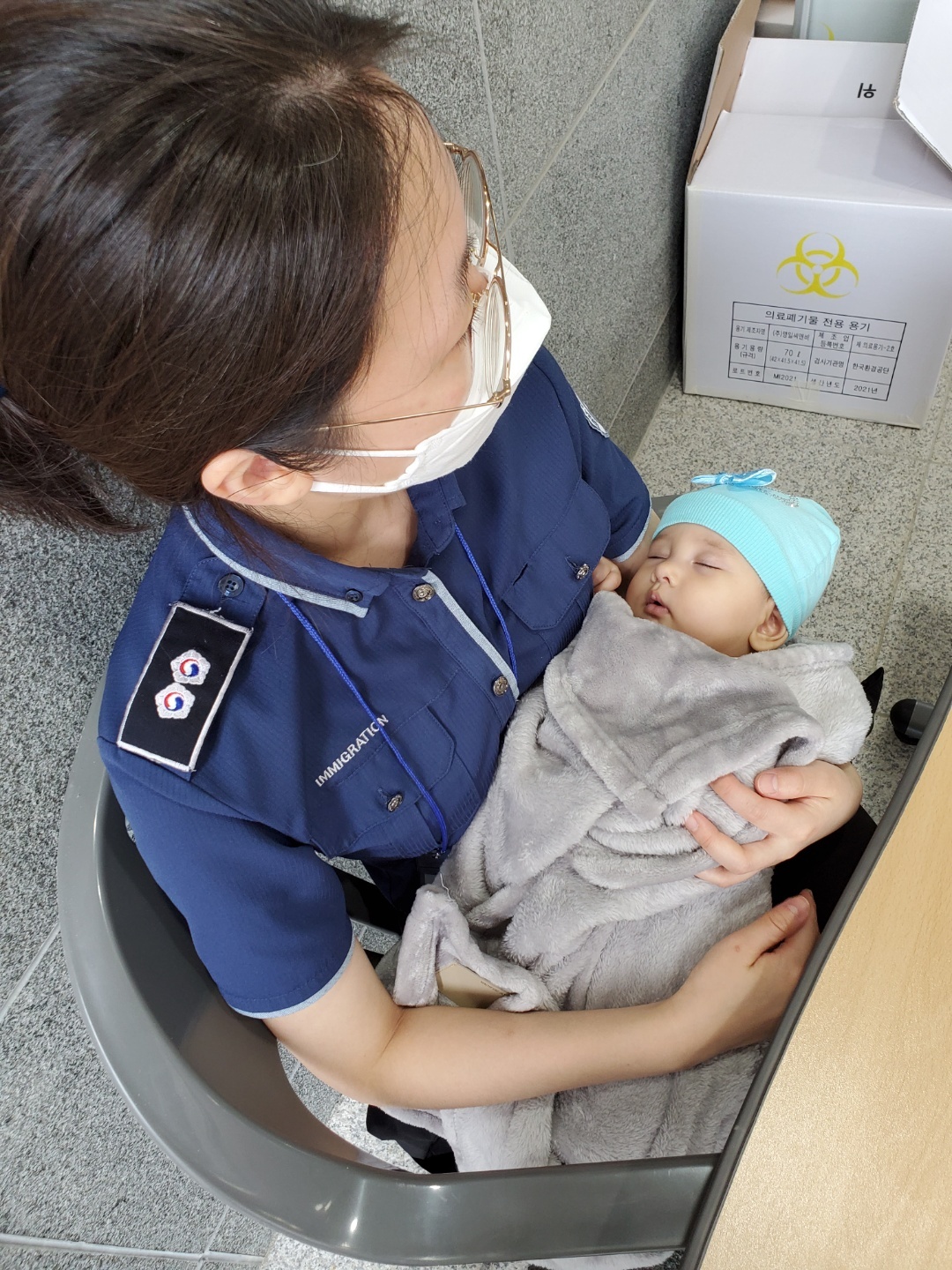 One instructor in charge of social integration said they educate husbands and wives separately because one has to take care of their children. She found that their interests are very different.

“Husbands in charge of livelihoods showed a lot of interest in Korea’s economic policy, wage level, jobs and apartment prices. Wives were very curious about parenting policy,” she said.

An Afghan man, 36, said all of his colleagues know that settling down in Korea is not easy due to the difference in the economy and culture of the two nations. But they said they would work hard.

“With the support of the Korean government and the ministry (of) justice, we will work hard to settle here properly. It is our own effort. If we work hard, we can solve all the problems we will face in the future.”

Another woman in her 20s said she sees similarities between Afghanistan and Korean culture. Both value family and respect the elderly, she said. Both nations also have a culture of taking off their shoes when entering the house.

“(This is) something simple but it makes us feel at home. Actually, it’s something we have to be worried. If we visit our friend’s house, we are concerned about what to do and what not to do.”

For many of them, there was no big culture shock because they have worked with Korean government institutions, like Korean hospitals and the Korean embassy for long periods of time.

They also praised the Korean government’s evacuation operation, saying not all countries could fly their helpers out of Afghanistan.

“Some of their members are still living in a terrible situation in Afghanistan. Even some countries like Japan, they were not able to evacuate even one person. But South Korea evacuated all of its members because they played a very good leadership in terms of coordination with the international forces,” one Afghan said.

“Although there were some difficulties as Taliban was preventing our courses, the overall evacuation process was very well done by the Korean government and we appreciate that. The name ‘miracle’ was the perfect name (for the evacuation).”