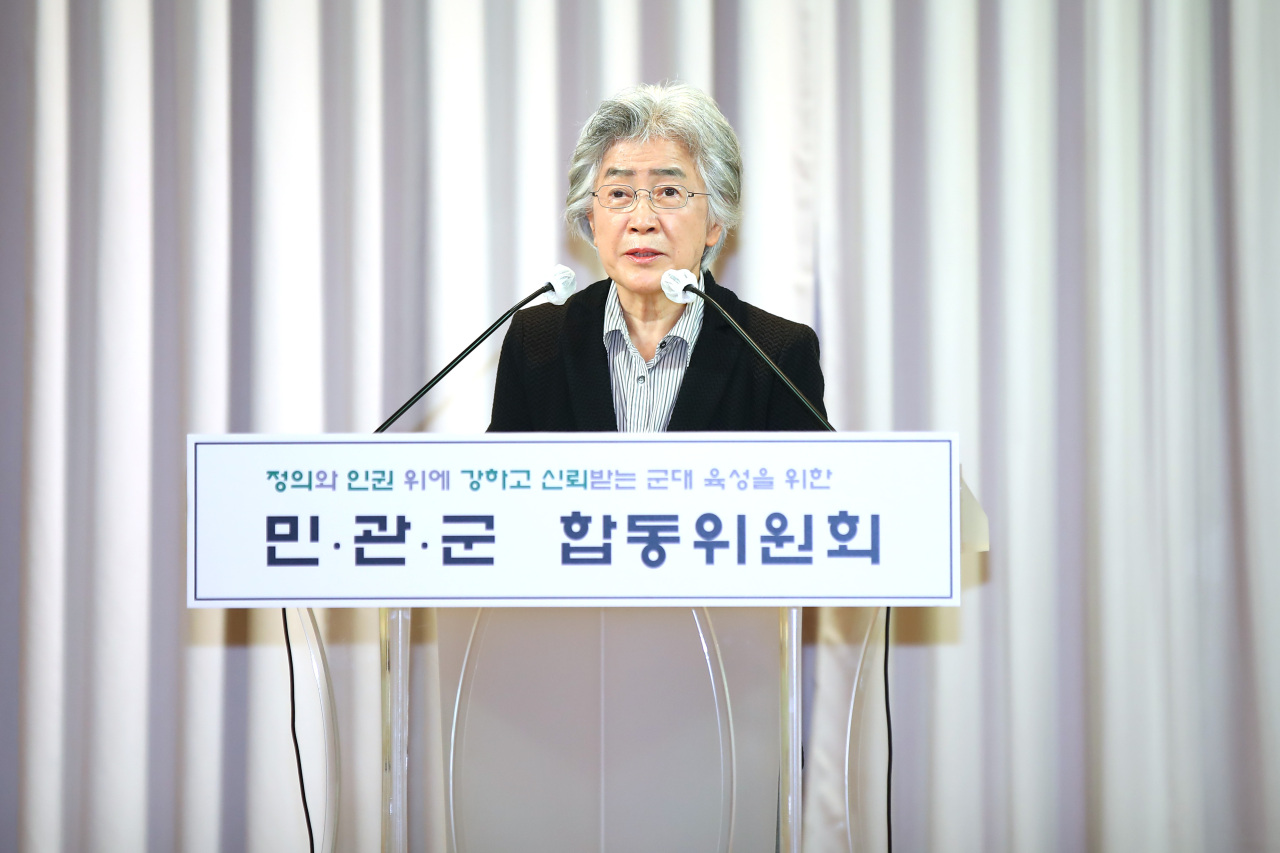 The panel, launched in June following the alleged cover-up of the suicide of an Air Force master sergeant who had reported a sexual assault, recommended that the military expand outside oversight as well, with a civilian voting member on the disciplinary board and a civilian rights commissioner.

“There is no 100 percent when it comes to preventing sex crimes. Our recommendations don’t guarantee it, but they will play a role in improving the situation,” Park Eun-jeong, co-chair of the panel, said, describing “timely intervention” as key to helping victims.

The panel suggested putting the victim in a safe place physically away from the abuser once a complaint is filed, and bringing in as few staff members as possible to handle the case. Those who disclose details of an ongoing sex crime investigation, including the victim’s identity, should be punished severely, the panel said.

That way, victims would not have to face their abusers at work or experience revictimization by reliving trauma, according to the panel. Key suspects in the Air Force suicide case were accused of such misconduct, though they all avoided charges because little evidence was found.

The panel asked the military to boost civilian oversight as well, saying a civilian on the disciplinary board and a civilian rights arbiter would send a strong signal that the military would no longer condone sex crimes. The military has been accused of being soft on abusers.

“Whether the military would agree to put the changes in place is in doubt. The military is not ready to implement any change at all, given how everything went with revamping the military justice system,” said Lim Tae-hoon, head of the Center for Military Human Rights Korea.

He was referring to the latest legal reform, which limits military courts to handling first trials only. The military, under pressure to shut down its courts entirely, persuaded lawmakers to water down a bill that would have made that possible.

“What I don’t get is why we have service members on the panel when it was supposed to bring changes to their workplace,” said Shin Jong-woo, a senior analyst at the Korea Defense and Security Forum. The reform was a job half done, Shin said, adding the military still had a long way to go.

Meanwhile, the panel asked the military to improve the treatment of its conscripts by serving them better meals and giving them extra allowances. Soldiers had called for square meals and overtime pay.

The panel said it would continue monitoring for the next six months to see whether the military followed its recommendations, and would renew the monitoring period if necessary.