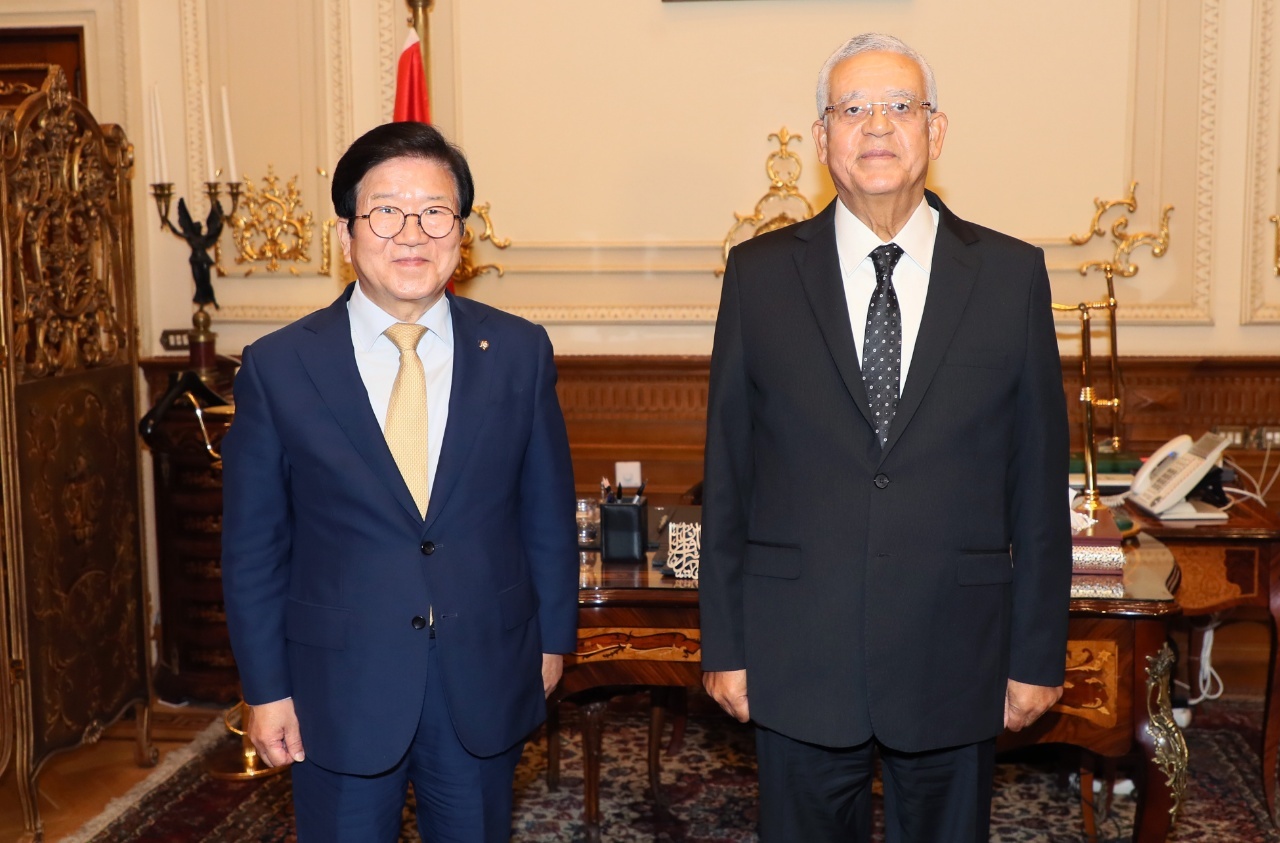 Park, who is current on an official visit to Egypt, is the first National Assembly speaker to visit Egypt since Speaker Lee Man-seop in 2002.

The meeting with his Egyptian counterparts was held Monday.

In the meeting with Hanafy Ali El-Gebali, Park focused on peace on the Korean Peninsula.

In a meeting, Park said, “Many people evaluate President (Abdel Fattah el-)Sissi’s leadership and government capabilities as Egypt mediates the war between Israel and Hamas.”

He asked Egypt to help North Korea talk openly for peace on the Korean Peninsula as the country is North Korea’s traditional ally.

Gebali replied, “President Sissi supports all mechanisms for maintaining stability and peace on the Korean Peninsula.

“The more difficult the problem is, the more it should be solved with a conversation. Egypt will always support efforts to solve difficult problems through dialogue.”

Park had kicked off his visit on Sunday with a meeting with Sissi at the presidential palace in Cairo.

They touched on a wide range of topics from economic cooperation to international security.

During the talks with Sissi, Park focused on his “sales diplomacy” as he requested support for Korean companies in large projects led by Egypt, including an additional order of railcars for the Cairo metro ($2 billion), export of K-9 Thunder ($2 billion) howitzers, a nuclear power plant and the construction of shipyards.

Sissi provided positive feedback, according to Park’s office. He mentioned the need to “actively drive projects, including for the defense sector (K-9 Thunder).”

“Entering into Egypt would be advantageous for Korean companies to expand their exports to markets in the Asian -- European -- and African continents,” he added.

He continued by elaborating that “There will be much interest and support given to Korean businesses entering and investing in diverse sectors within Egypt.”