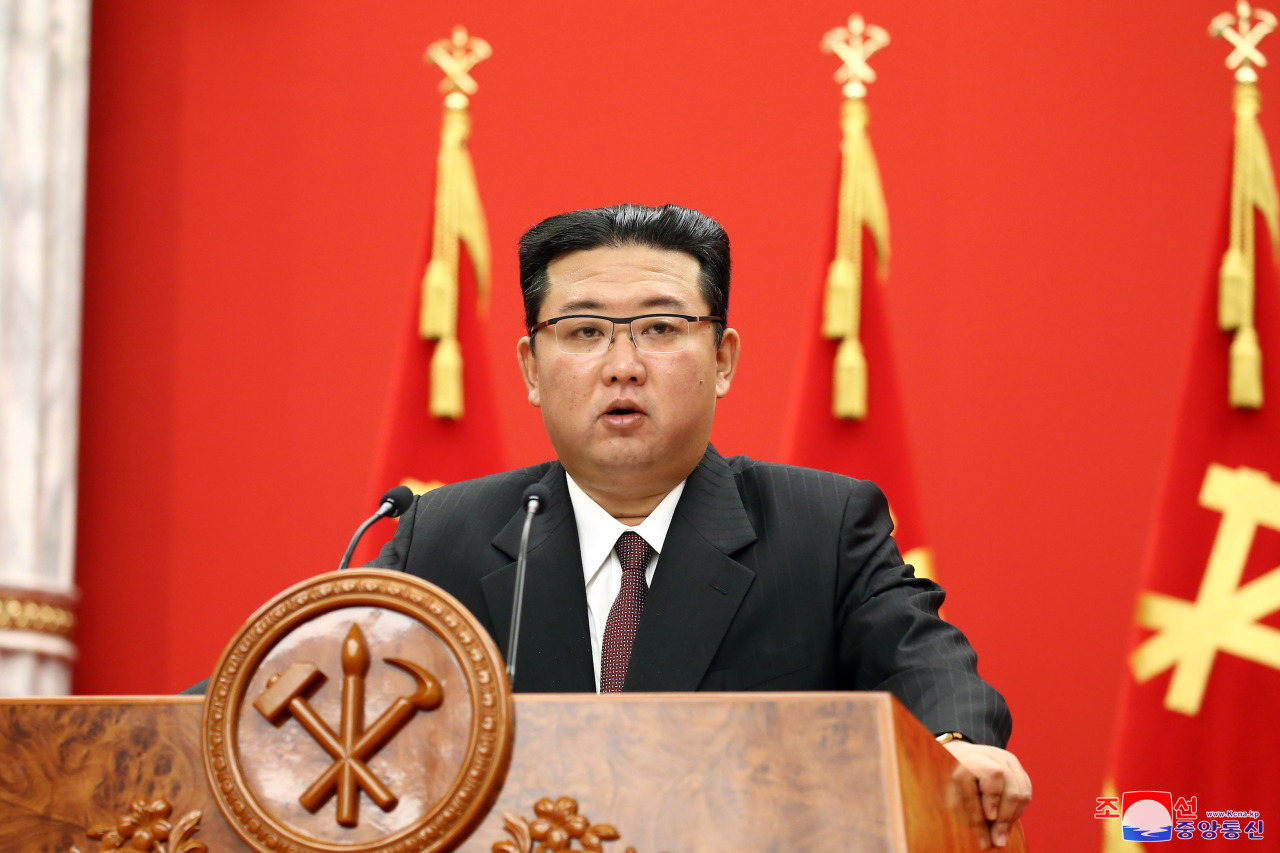 North Korean leader Kim Jong-un speaks at a lecture to commemorate the 76th founding anniversary of the ruling Workers' Party on Sunday, in this photo released by the North's official Korean Central News Agency (KCNA) the next day. (Yonhap)
North Korean leader Kim Jong-un has called for boosting the country's military capabilities to counter what he called "hostile forces" against Pyongyang but said the move is not aimed at a war against South Korea or the United States.

Kim made the remarks Monday in a speech at a defense development exhibition to mark the 76th founding anniversary of the ruling Workers' Party, criticizing Seoul and Washington over their combined military exercises and weapons development.

"The United States has been frequently signaling that it's not hostile to our country, but there has been no behavioral ground to believe that it is not," Kim said. "For our descendants we need to be strong. We need to first be strong."

The remarks came less than two weeks after North Korea tested a new anti-aircraft missile in its fourth missile launch in September alone.

"The military threats our country is facing is different from what we saw 10, five or three years ago," Kim said, adding that tensions on the Korean Peninsula will not be easily resolved "due to the US"

He accused Seoul of being "hypocritical" and having "double standards" for continuing to boost military capabilities, while talking ostensibly of "peace, cooperation and prosperity."

Expressing "strong regrets," Kim said the North will respond with "strong actions" if South Korea continues to "infringe upon our rights to self-defense."

Yet, Kim also said the enhancement of its military is not targeting South Korea, saying the "horrific history" of a conflict among the same people should not be repeated "on this land."

"Our enemy is war itself, not a certain country or forces like South Korea and the US," Kim said. "But our external efforts for peace does not in any way mean giving up our rights to self-defense." (Yonhap)