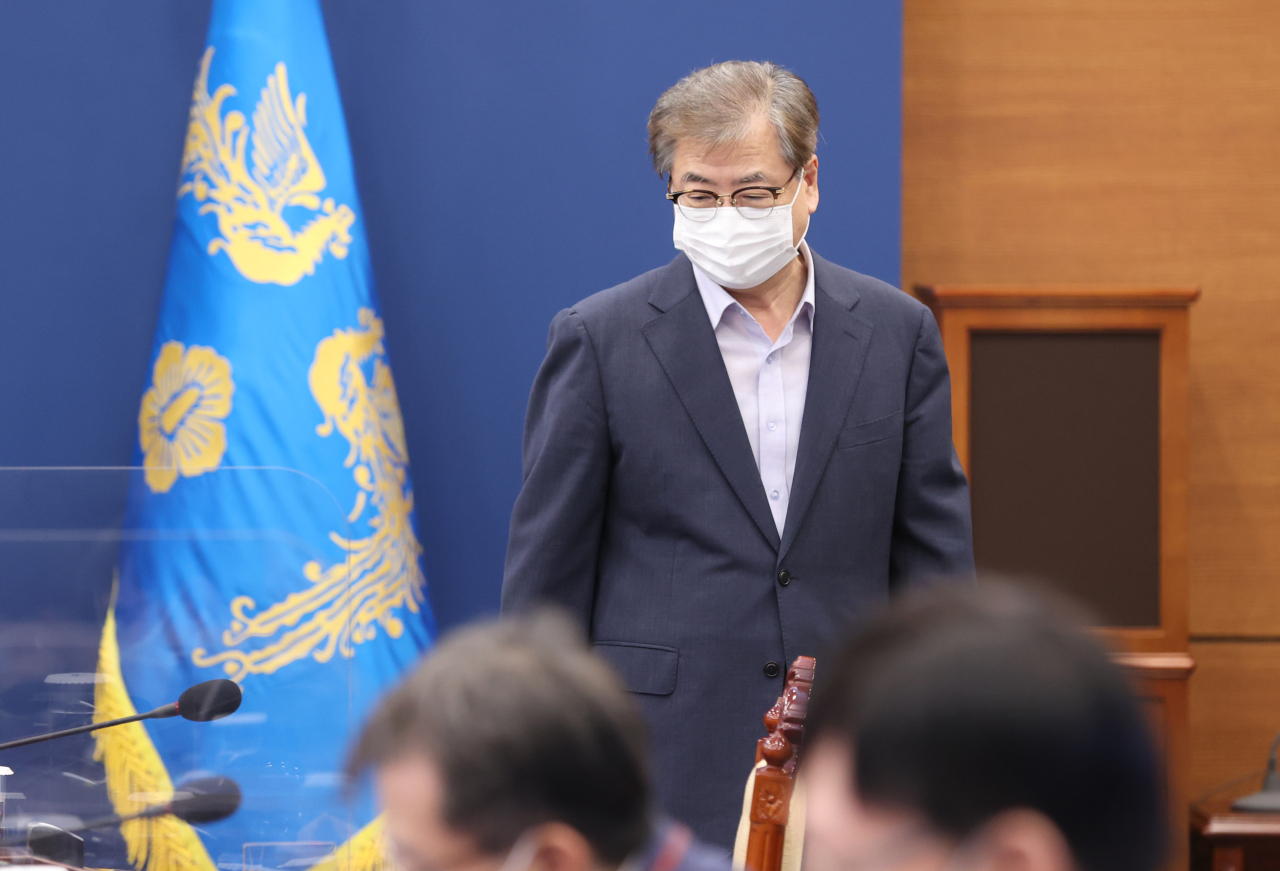 South Korean national security adviser Suh Hoon. (Yonhap)
President Moon Jae-in’s top security adviser, Suh Hoon, is expected to meet with his US counterpart and make his case for signing a declaration to end the 1950-53 Korean War armistice as a way to facilitate North Korea’s denuclearization.

“This week, a discussion will take place between Suh and national security adviser Jake Sullivan. The agenda is denuclearization,” a senior Cheong Wa Dae official said Sunday referring to Suh’s trip, without elaborating, though many expect Suh will mainly seek support for the declaration.

Shaking hands on the declaration, which is a political statement carrying no legal weight, is the cornerstone of the Moon administration’s North Korea policy, which Moon believes will lay the groundwork for negotiations involving North Korea’s denuclearization and an inter-Korean peace treaty.

Neither Washington nor Pyongyang has been receptive to the idea. But North Korea recently reversed the position, saying it was willing to consider it as long as South Korea and the US meet certain conditions, which mainly include easing sanctions placed over its nuclear and missile programs.

While Seoul wants to pick up the momentum for diplomacy by compromising on sanctions, Washington is adamant about enforcing them. The North carried out a series of missile tests in September in what many see as aimed at gaining leverage in talks with the US.

South Korea did not join the US when it called the tests outright violations. Instead, Seoul’s foreign minister has openly backed loosening sanctions to make room for talks where signing an end-of-war declaration could be one of the agendas.

Suh, one of the key architects that helped to open three summits between President Moon and North Korean leader Kim Jong-un in 2018, is also expected to discuss with Sullivan a potential inter-Korean summit before Moon leaves office in May next year.

Moon has met with a North Korean leader more than any other South Korean president and his government has eyes set on another summit to leave Moon’s legacy in inter-Korean ties. The Unification Ministry, which handles inter-Korean affairs here, said it was making preparations for a virtual summit.