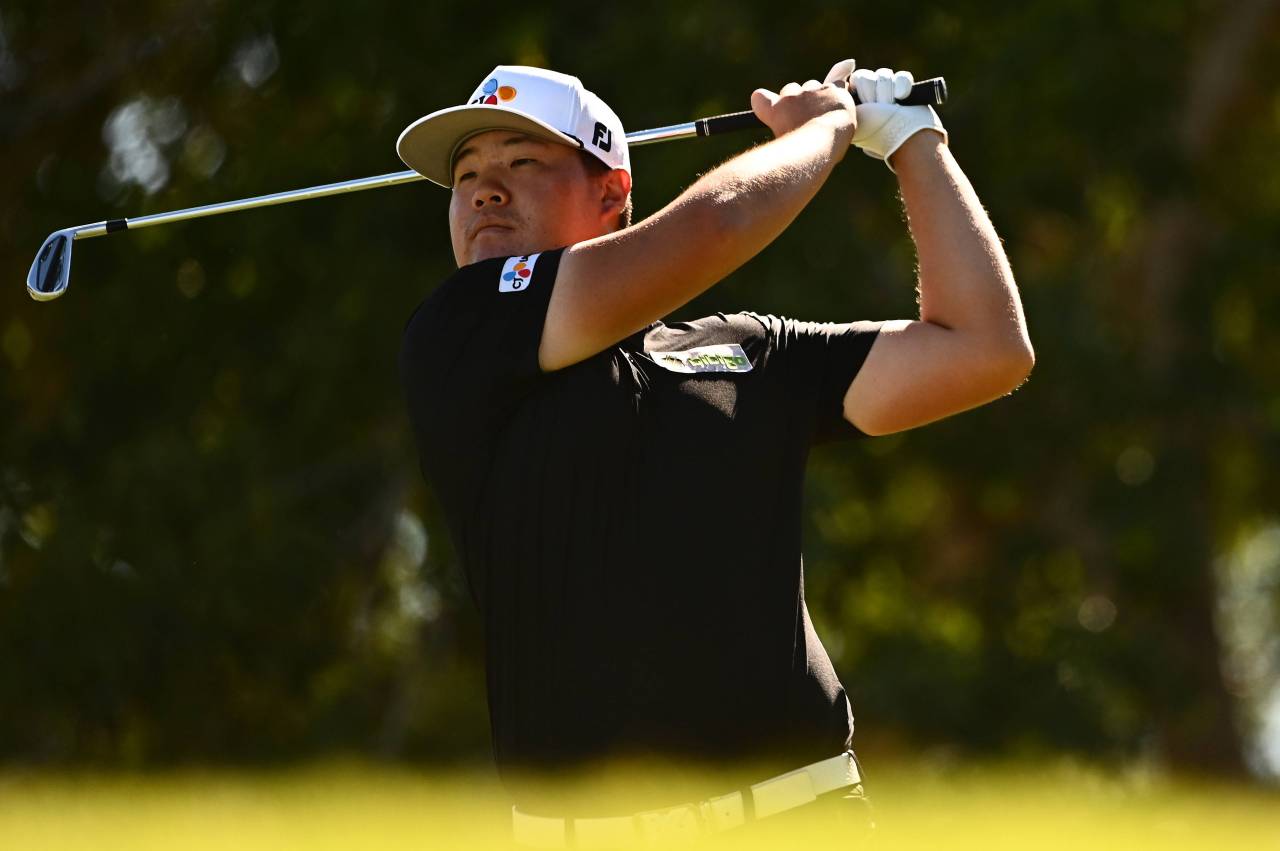 In this Getty Images photo, Im Sung-jae of South Korea watches his tee shot from the eighth hole during the final round of the Shriners Children's Open at TPC Summerlin in Las Vegas on Sunday. (Getty Images)
Powered by a blistering final round, South Korean Im Sung-jae has captured his second career PGA Tour title.

Im won the Shriners Children's Open at TPC Summerlin in Las Vegas on Sunday (local time), after pouring in nine birdies in a bogey-free final round of 62. By finishing at 24-under 260, Im will cash in a winner's check of $1.26 million.

Im, the 2018-19 PGA Tour Rookie of the Year, picked up his first title at the Honda Classic in March 2020. He joins Choi Kyoung-ju, Yang Yong-eun, Bae Sang-moon and Kim Si-woo as South Korean men with multiple PGA Tour victories.

Im was the 36-hole leader but had dropped to sixth place after shooting a 70 in the third round. Im trailed leader Adam Schenk by three strokes at 15-under entering Sunday.

Im started his day with a birdie and didn't look back.

He then reeled off five consecutive birdies starting at the ninth hole, where he nearly chipped in from just off the green for an eagle.

Im said the par-71 course was there for the taking in the final round because there was virtually no wind, compared with the more challenging conditions in the third round.

"I didn't have to worry about the wind, and I stayed relaxed the whole day," he said. "My driver, irons and putter came through when I needed them the most."

Schenk had three bogeys en route to a 70, which left him tied for third. Matthew Wolff finished alone in second place after shooting a 68 on Sunday. (Yonhap)